With music royalty in her family, alternative R&B/soul singer Cheyenne Elliott takes the next step in her own legacy with ‘Sugarcane,’ a sweet and seductive serenade about giving love one more try.

Sugar is addicting, but it can’t hold a candle to the power of the enslaving, entrapping, and all-consuming rush one gets with love. That surge – and the risk of possibly crashing down – lies in the heart of “Sugarcane,” the new song from alt-R&B star Cheyenne Elliott. The track, premiering here at HollywoodLife, sees caught in her feelings as a familiar lover has walked back into her life (“did you ask all the questions that you left pondering / lingering/wondering”), and while she knows that she might be opening herself up to danger (“my guard is down / can you feel it now”), it’s a risk she’s willing to take  (“I’ll take that chance / have one last dance with you”).

With a stripped-down production, “Sugarcane” puts Cheyenne’s voice in the center spotlight (similarly to how she is the lone figure in the accompanying video, directed by Tony K and shot in the Las Vegas desert), which allows her to stretch out and pull the listener in. It’s a song that would have been just as successful with a more ornate, grandiose production, but Cheyenne says that this low-key sound was her way of blending the past with the present. ” ‘Sugarcane’ gives an acoustic R&B vibe–a sound that I truly believe is loved across the board,” Cheyenne shares with HollywoodLife. “The warmth of the acoustic guitar with the R&B undertone is a great representation of myself and what I’ve grown up loving my entire life.” 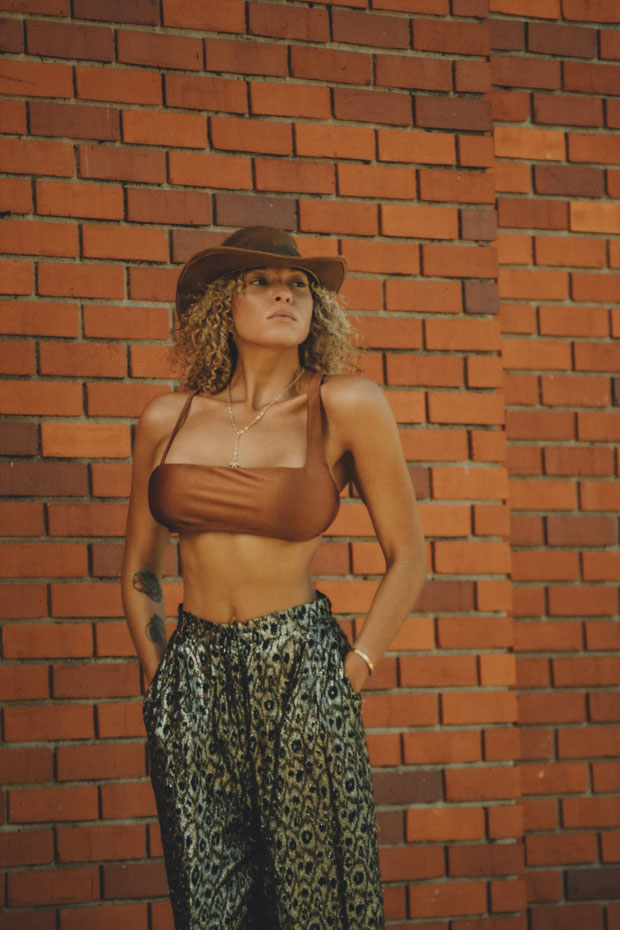 As for the spark of inspiration that led to the song’s creation, Cheyenne tells HollywoodLife, “We all go through heartbreak, change, and evolution. Writing “Sugarcane” was a cathartic experience… my outlet.”

Saying Cheyenne was born to be a singer might be an understatement. The granddaughter of Dionne Warwick – and part of a family that includes the late Whitney Houston, Cissy Houston, the late Dee Dee Warwick – grew up with her mother, Lisa Gressett, in New York City. She would travel to California to spend time with her father, vocalist and songwriter David Elliott, and the music bug quickly bit this young talent. She made her first stage appearance at age 9, joining her grandmother in front of 10,000 fans during a Coney Island summer concert series to sing “That’s What Friends Are For.” Her next brush with fame came when she appeared on The Four, the reality competition that introduced her talents to Sean “Diddy” Combs, DJ Khaled, Meghan Trainor, and Fergie.

Since then, she’s released a cover of Sam Smith’s “Too Good At Goodbyes” (which she performed on The Four) and “With You,” a song whose remix charted within the Top 20 on the Billboard Dance Chart. But her heart has always belonged with her brand of R&B, and she plans on releasing an EP – with more singles – in the fall. How sweet is that?

“Sugarcane” is out now.