A royal tradition. King Charles III delivered his first Christmas Day speech as monarch in the wake of Queen Elizabeth II‘s death — and did not mention Prince Harry and Meghan Markle.

The 74-year-old sovereign spoke from the heart on Sunday, December 25, becoming the latest British royal to spread holiday cheer throughout the Commonwealth — and the first male monarch to do so in nearly 70 years — as he honored Prince William and Princess Kate’s work as senior royals.

“The Prince and Princess of Wales recently visited Wales, shining a light on practical examples of this community spirit,” Charles said in his Sunday speech, as footage played from the 40-year-old duke and duchess’ public outings. 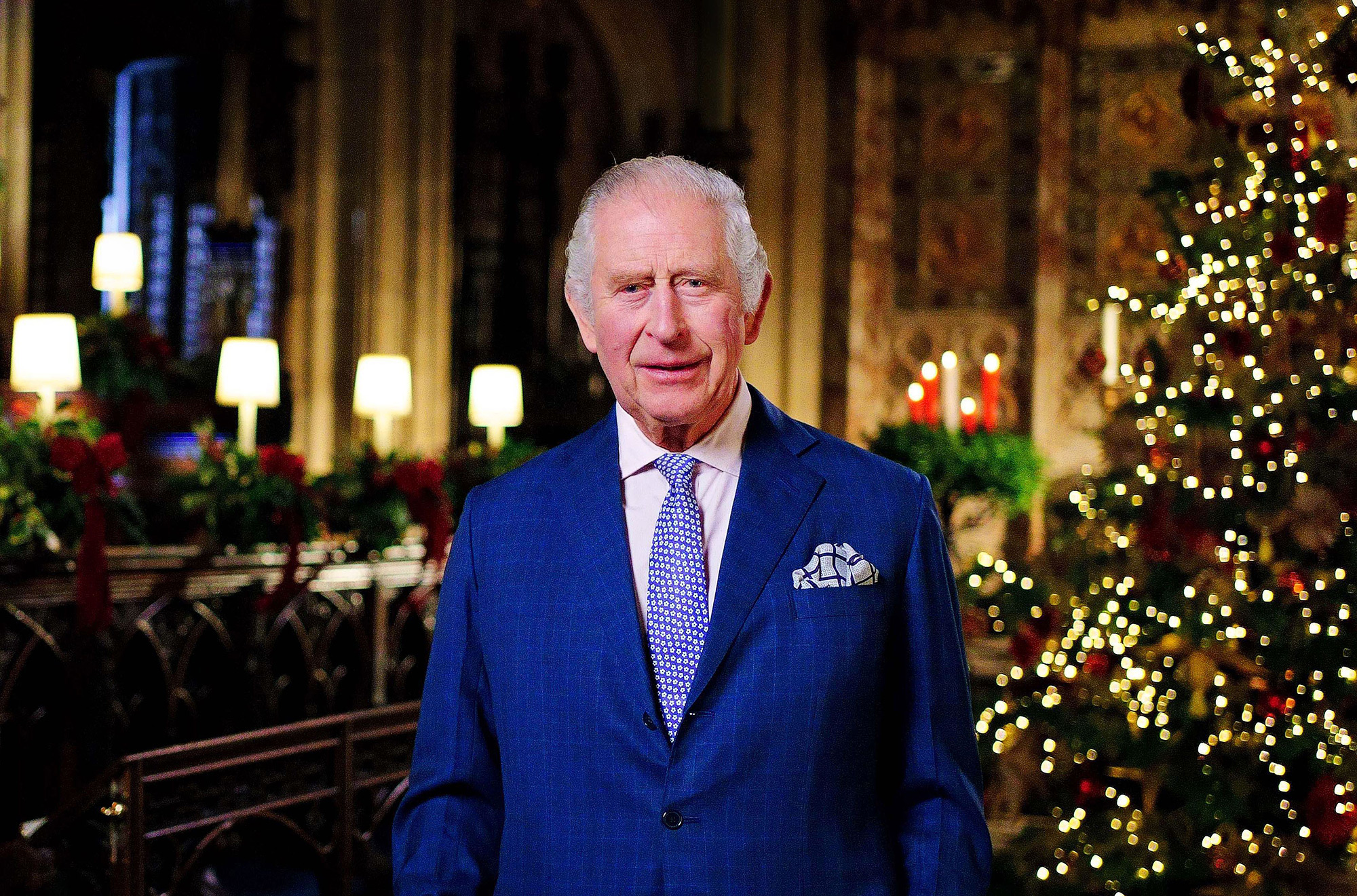 While William and Kate — who share three children, all of whom joined the royals at the Sandringham church service — received a sweet callout, Charles also devoted time to honor his late mother’s legacy following her death at age 96 in September.

“I am standing here in this exquisite Chapel of St. George at Windsor Castle, so close to where my beloved mother, the late Queen, is laid to rest with my dear father,” His Majesty said in his first holiday broadcast. “I am reminded of the deeply touching letters, cards and messages which so many of you have sent my wife and myself and I cannot thank you enough for the love and sympathy you have shown our whole family.”

He added: “Christmas is a particularly poignant time for all of us who have lost loved ones. We feel their absence at every familiar turn of the season and remember them in each cherished tradition. … In the much-loved carol ‘O Little Town of Bethlehem,’ we sing of how ‘in thy dark streets shineth the everlasting light.’ My mother’s belief in the power of that light was an essential part of her faith in God, but also her faith in people — and it is one which I share with my whole heart.”

As he continued with his festive well-wishes, the king snubbed his 38-year-old son and the 41-year-old Suits alum, who announced their step down as senior royals in January 2020.

The holiday address comes weeks after the Sussex couple opened up about their royal exit in their Netflix docuseries, Harry & Meghan. The show premiered in two volumes on December 8 and December 15 — and featured new details about the growing tension between them and The Firm.

During the finale, Harry confessed that he had a difficult time reuniting with Charles and Prince William for grandfather Prince Philip‘s funeral in April 2021. “It was hard. Especially spending time, having chats with my brother and my father. [They] were very much focused on the same misinterpretation of the whole situation,” he told the cameras. “None of us really wanted to have to talk about it at my grandfather’s funeral, but we did.” 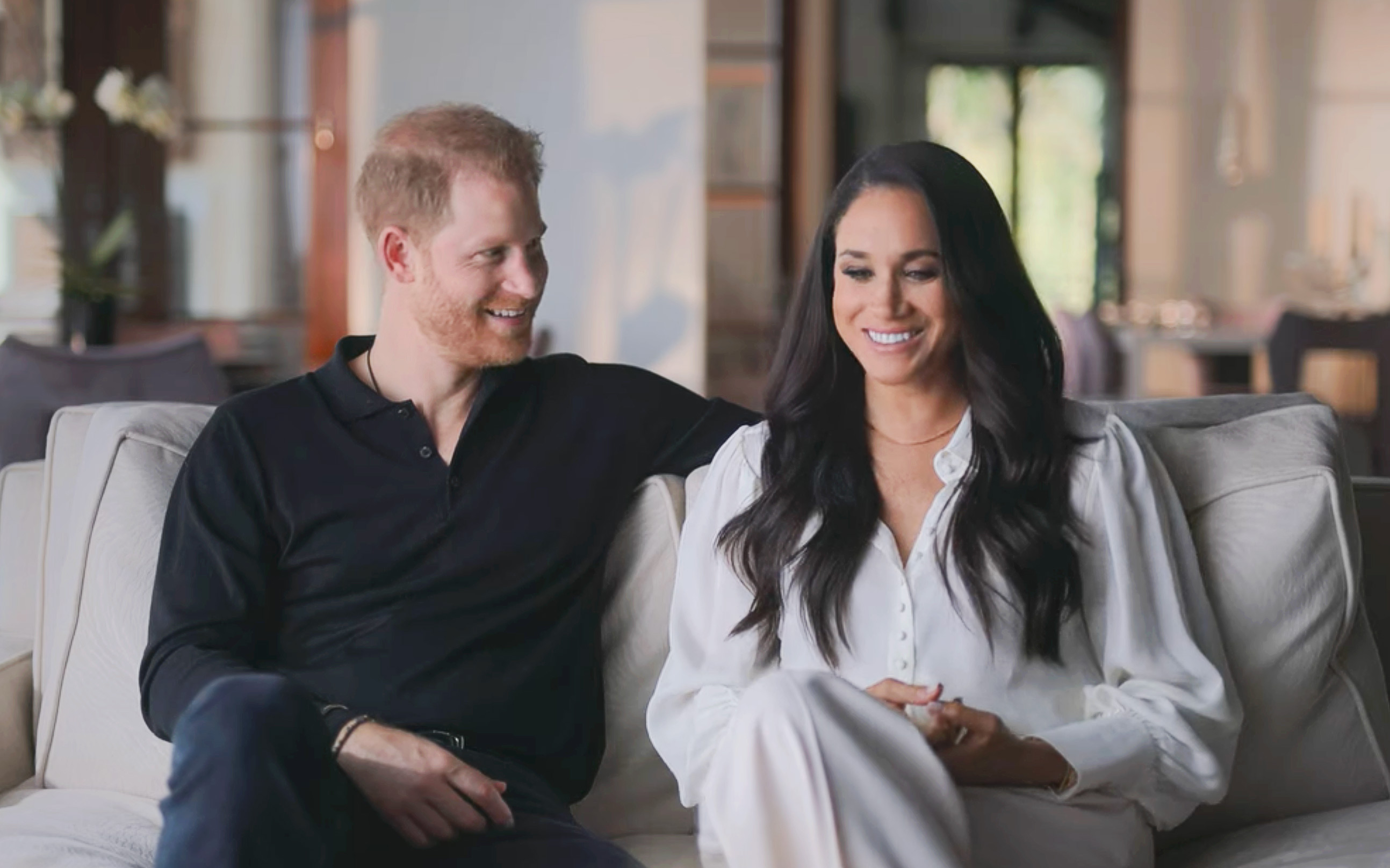 The Spare author went on to discuss whether he thought he and his family could repair their fractured bond. “I’ve had to make peace with the fact that we’re probably never gonna get genuine accountability or a genuine apology. My wife and I, we’re moving on. We’re focused on what’s coming next,” he said.

Meghan, meanwhile, recalled asking Charles to walk her down the aisle at her May 2018 wedding after her estranged father, Thomas Markle, was caught staging paparazzi photos. “Harry’s dad is very charming. And I said to him, like, ‘I’ve lost my dad in this,’” the “Archetypes” podcast host said in episode 4. “So, him as my father-in-law was really important to me. So I asked him to walk me down the aisle and he said yes. … The whole thing was surreal.”

The Archewell cofounders — who share son Archie, 3, and daughter Lilibet, 18 months — moved to California after their 2020 exit. While they’re happy in their new chapter, Harry confessed that there are some aspects of his royal life that he misses.

Where Do Prince Harry and Meghan Markle Stand With the Royal Family?

“I miss the weird family gatherings when we’re all sort of brought together under one roof for, you know, certain times of the year — that I miss. Being part of the institution meant that I was in the U.K. So, I miss the U.K. [and] I miss my friends,” he said in the sixth episode. “I’ve lost a few friends in this process as well.”

Charles and other members of the royal family have yet to comment on the docuseries. Instead, they’ve been focusing on how they’ll spend their first holiday season without Elizabeth at the helm.

“It will be extremely sad not to have the queen there,” a source exclusively told Us Weekly earlier this month of the “bittersweet” celebrations. “They’ll share fond memories, raise glasses and likely make speeches about the wonderful life and legacy she’s left behind. There’s a shared commitment among the whole family to stay true to her values and carry on with the wonderful work she did during her time as monarch.”