If there’s one track we can name the song of the summer, it’s GloRilla’s viral hit ‘F.N.F.,’ which has received the official stamp of approval from the Memphis rapper’s music industry peers.

Last night we caught up with our favorite rappers and singers on the MTV Video Music Awards red carpet and when we asked them what’s the one song that’s getting them through 2022, no single came up more than the “F-r-e-e” hit which even fellow rapper Latto said she keeps in rotation. 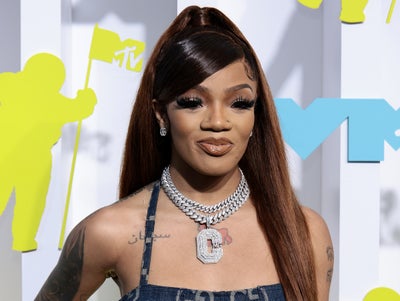 Of course there were other honorable mentions like Beyoncé’s entire Renaissance album — because who can pick just one song? And “God Did” from DJ Khaled’s latest project which was released last week. But when it came to the repeat mentions, “F.N.F.” won hands down.

Check out our chat with celebs, including GloRilla herself, as they tell us why they love the track in the video above.