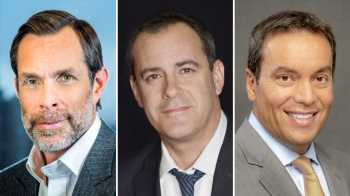 As merger talks between CBS and Viacom board members intensify, scenarios under consideration for the post-deal management are coming into focus.

Viacom CEO Bob Bakish has a lock on the CEO slot for the combined entity. But multiple sources familiar with the situation say it is unlikely that the company will have a corporate-level chief operating officer post as has been the tradition at both CBS and Viacom. The question of who would fill the No. 2 role as the merger brings together a clutch of strong division heads has emerged as politically touchy, at least in the short term.

Sources cautioned that the discussions remain extremely fluid and none of the scenarios under discussion are set in stone. Sources also said a big complication is the fact that some of the decisions about who does what are inter-connected and thus it’s hard to sort out a final plan until they know the decisions of the key executives whose roles are in play. And sources stressed that as of Friday, no formal offers have been made on management issues.

Members of the CBS and Viacom board of directors are also grappling with the question of the post-merger board composition. Viacom’s board at present stands at nine members while CBS has 11, although controlling shareholder Shari Redstone is a member of both boards in her role as vice chairman and president of CBS and Viacom holding entity National Amusements Inc. It’s expected that the initial post-merger board lineup may include a seat or two more from the CBS camp given that CBS is the acquiring entity.

Wade Davis, Viacom’s executive VP and chief financial officer, has essentially functioned in the role of Viacom’s COO since Bakish was promoted to CEO in December 2016. But as the management picture begins to take shape without a clear COO role there is growing speculation Davis will exit, by his own choice, after the merger is complete. Davis has been with Viacom since 2005. He was promoted to CFO in 2012.

Joe Ianniello, CBS president and acting CEO, is said to be in line to for an offer to continue in a new post overseeing most of the existing CBS Corp. assets. It’s unclear whether the CBS veteran is inclined to take a job that would report to Bakish. But multiple sources said that the CBS and Viacom boards have come to the conclusion that they want to find a way to keep Ianniello on board after the merger is done. Ianniello’s business acumen and familiarity with pressing issues facing CBS — such as a new round of MVPD carriage renegotiation deals and a pending megabucks NFL renewal  — would be extremely valuable as post-merger company looks to stay on its growth track in vital CBS profit centers.

David Nevins, chief content officer for CBS Corp. and CEO of Showtime Networks, is seen as continuing to run Showtime and play a big part in expanding the enlarged company’s suite of direct-to-consumer offerings. Nevins was given an expanded remit as chief content officer in September, when CBS management was shaken up by the ouster of chairman-CEO Leslie Moonves. He also oversees programming, marketing and research for the CBS broadcast network and CBS Television Studios, and he has oversight of CBS’ 50% interest in the CW joint venture with Warner Bros.

CBS has been a pioneer in the direct-to-consumer arena with its CBS All Access and Showtime subscription services, whose growth has significantly exceeded expectations over the past five years. It’s understood that the board’s hope is that CBS Interactive CEO Jim Lanzone will lead the charge to expand those subscription services with IP assets drawn from Viacom’s vault.

Sources stressed that questions around potential combinations of overlapping Viacom and CBS production, content and distribution and operations are among the trickiest for the boards to sort out. Bakish has assembled a team of strong brand-focused executives that are also key players in potential restructuring and consolidation scenarios. That list includes Paramount Pictures chief Jim Gianopulos, MTV/VH1/Logo/CMT Group president Chris McCarthy, Comedy Central/Paramount Network/TV Land president Kent Alterman, Viacom Digital Studios president Kelly Day and Brian Robbins, who was tapped to lead the turnaout at Nickelodeon last October.

The level of focus on sorting out the management hierarchy in prior to the formal agreement to a merger deal is indicative of the CBS board’s concern about setting up the CBS assets to perform well in the short term. The boards are expected to get down to the nitty-gritty of the economic terms of CBS’ all-stock offer for Viacom once the management side has been hammered out, as CNBC first reported.

Longtime Viacom and CBS watcher Michael Nathanson of MoffettNathanson Research on Friday predicted that the final deal will fall into a stock exchange ratio of 0.59 to 0.68 shares of CBS stock for every Viacom share. That would value Viacom shares at $32 to $37 range. The stock closed Friday at $30.49. It’s understood that CBS board members have emphasized that an acquisition premium for Viacom is already “baked in” to the stock price that has increased in recent months thanks in part to Wall Street expectations of a reunion with CBS.

Multiple sources close to the situation said the timetable for a deal coming together remains uncertain, although discussions have accelerated in recent days. Both companies are set to report quarterly earnings on Aug. 8 but sources stressed that the earnings date is not seen as a deadline for reaching a deal.

Reps for CBS, Viacom and National Amusements declined to comment.