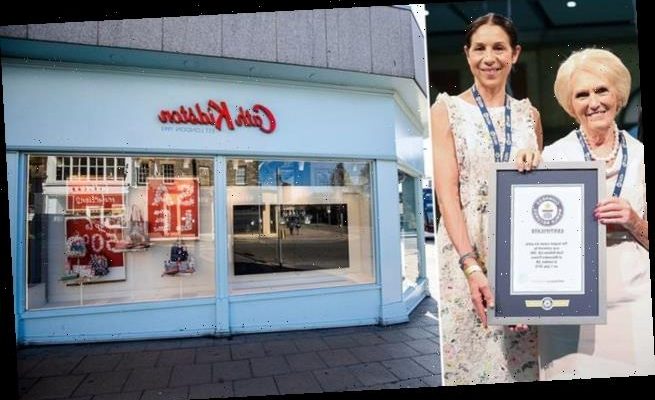 The CEO of Cath Kidston has insisted the business is in a better position than it was when she joined two years ago despite widespread job losses and store closures as a result of Covid-19.

Cath Kidston became one of the early casualties of the Covid-19 pandemic, announcing in April it would close all 60 UK stores and axe 900 jobs.

The business, founded in 1993 by Cath Kidston, later came under fire for withholding redundancy pay from staff, some of whom had been with the firm for a decade.

It has shifted its focus to its online offering. When its Piccadilly branch reopens next month, it will be the global flagship and the sole physical store.

But speaking to the Daily Telegraph, CEO Melinda Paraie said it was the ‘best possible outcome’ given the issues the brand faced. 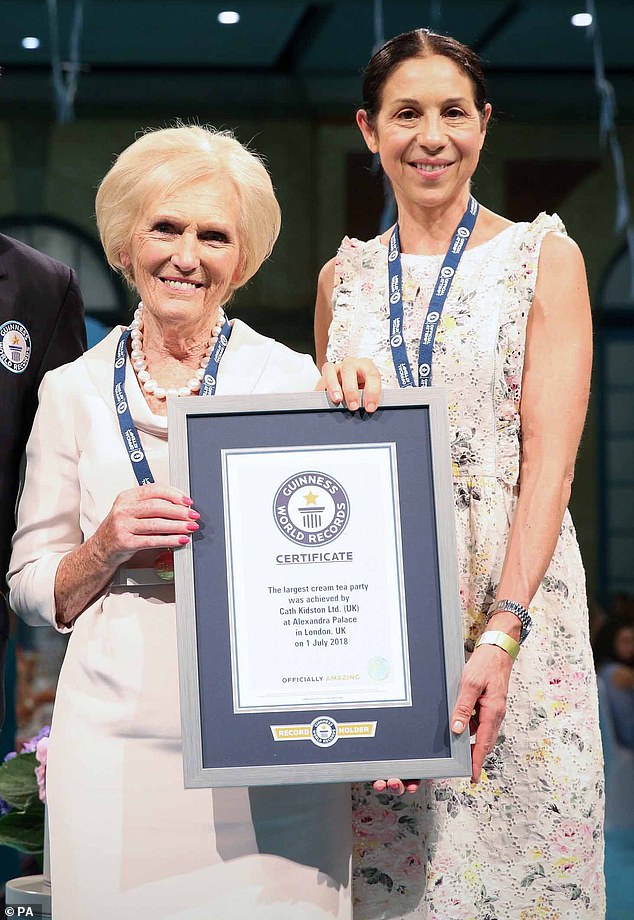 Cath Kidston CEO Melinda Paraie insisted the business is in a better position than it was when she joined two years ago despite widespread job losses and store closures as a result of Covid-19. Pictured Melinda with Mary Berry at the world’s largest cream tea party in 2018

‘We’re in a much better place now then when I started with the company,’ she said.

In April Cath Kidston joined Laura Ashley and Debenhams as a casualty of the Covid-19 crisis. Paraie explained there had already been a shift to e-commerce but that this was accelerated by the pandemic.

She said: ‘The drop in footfall had put enormous pressure on our brick and mortar business.’

Cath Kidston announced on April 21 it would go into administration, leading to 900 job losses.

Its owner, Hong Kong-based Baring Private Equity Asia, was initially blasted for refusing to pay staff for the three weeks after stores closed – a decision it later rowed back on. Paraie insisted it had always been the intention to pay.

However workers were still told they would    have to apply to the government-backed Redundancy Payments Service (RPS), which can take up to six weeks to process payments, to recoup lost holiday pay and redundancy payments.

Paraie said it was a ‘very difficult time’ and that bosses ‘so regret all of the anxiety and disruption it offered to our customers, but also to our employees, many who have been with us for years’. 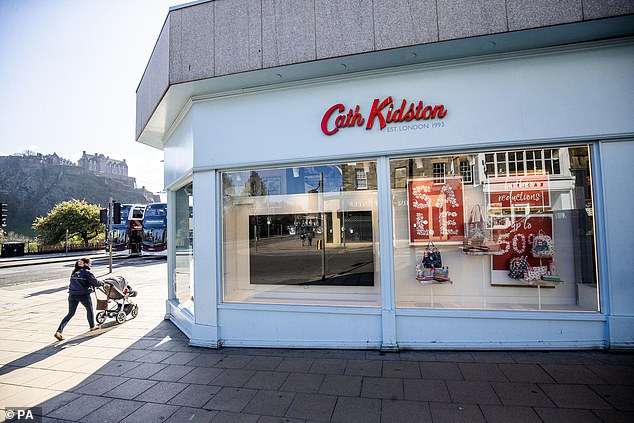 Cath Kidston became one of the early casualties of the Covid-19 pandemic, announcing in April it would close all 60 UK stores and axe 900 jobs. Pictured, the Edinburgh branch

Founded by Cath Kidston in 1993, the brand was once the ultimate must-have for Britain’s middle class.

In 2010 Kidston sold a majority stake to U.S. private equity group TA Associated, pocketing an estimated £25 million and retaining a minority stake which it is thought she still holds.

By 2013 annual turnover exceeded £100 million and there were 33 stores in Japan, where Kidston had become so famous that she travelled under the alias Barbara Windsor.

A further shift in focus to Asia came as the brand was sold to Baring Private Equity Asia in 2016. By then, two thirds of the stores were outside Britain and Cath stepped down as creative director.

In 2018 the brand reported its first major losses, with experts pointing to high rents and the rise of online shopping. Brexit uncertainty was said to have played a role.