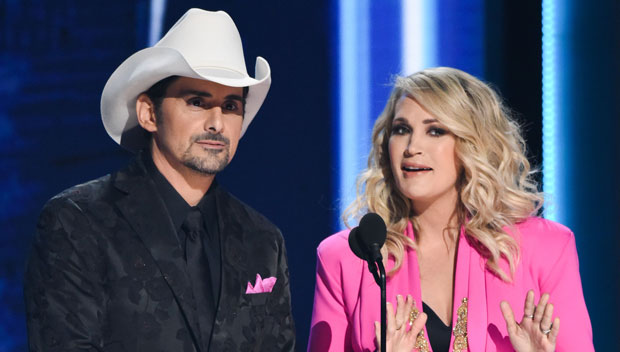 The 2018 CMAs have come & gone, but there were so many incredible moments that we’ll be talking about for days to come! Relive all the best parts of the show right here!

The 2018 CMAs were such a hoot! Not only did some of the biggest country music stars win big, there were a ton of viral moments that you do not want to have missed. Well, luckily for you, we’ve compiled all of the show’s stand-out moments. So, sit back, put on your cowboy hat, bellow a “yeehaw” to the heavens, and catch yourself up to speed on everything that happened this year at the CMAs right here. Probably the sweetest moment of the show happened when Keith Urban broke down in tears after winning Entertainer of the Year.

And in addition to a standout from Carrie Underwood, Garth Brooks debuted his new song “Stronger Than Me,” which was a surefire hit. On top of that, the Brothers Osborne won Vocal Duo of the Year, they joked if “this was Florida, there’d be a recount.” On top of that, co-hosts Brad Paisley and Carrie did such a great job. Who could forget that when Carrie let the cat out of the bag in their opening monologue by revealing she was going to have a boy? Or when Walmart Kid joined them onstage? Needless to say, these two knocked it out of the park as co-hosts again.

On top of that, Maren Morris and Chris Stapleton brought down the house with their performance of “Friendship.” Not only did Maren slay on the vocals, but Mavis Staples also brought the heat as well. We’ll keep you posted with all of the latest news CMAs news! In the meantime, check out our full gallery of the best show moments above!