Giving a “10” score to this on-set romance! Dancing With the Stars judge Carrie Ann Inaba thinks the relationship between season 27 contestant Alexis Ren and pro dancer Alan Bersten is the real deal. 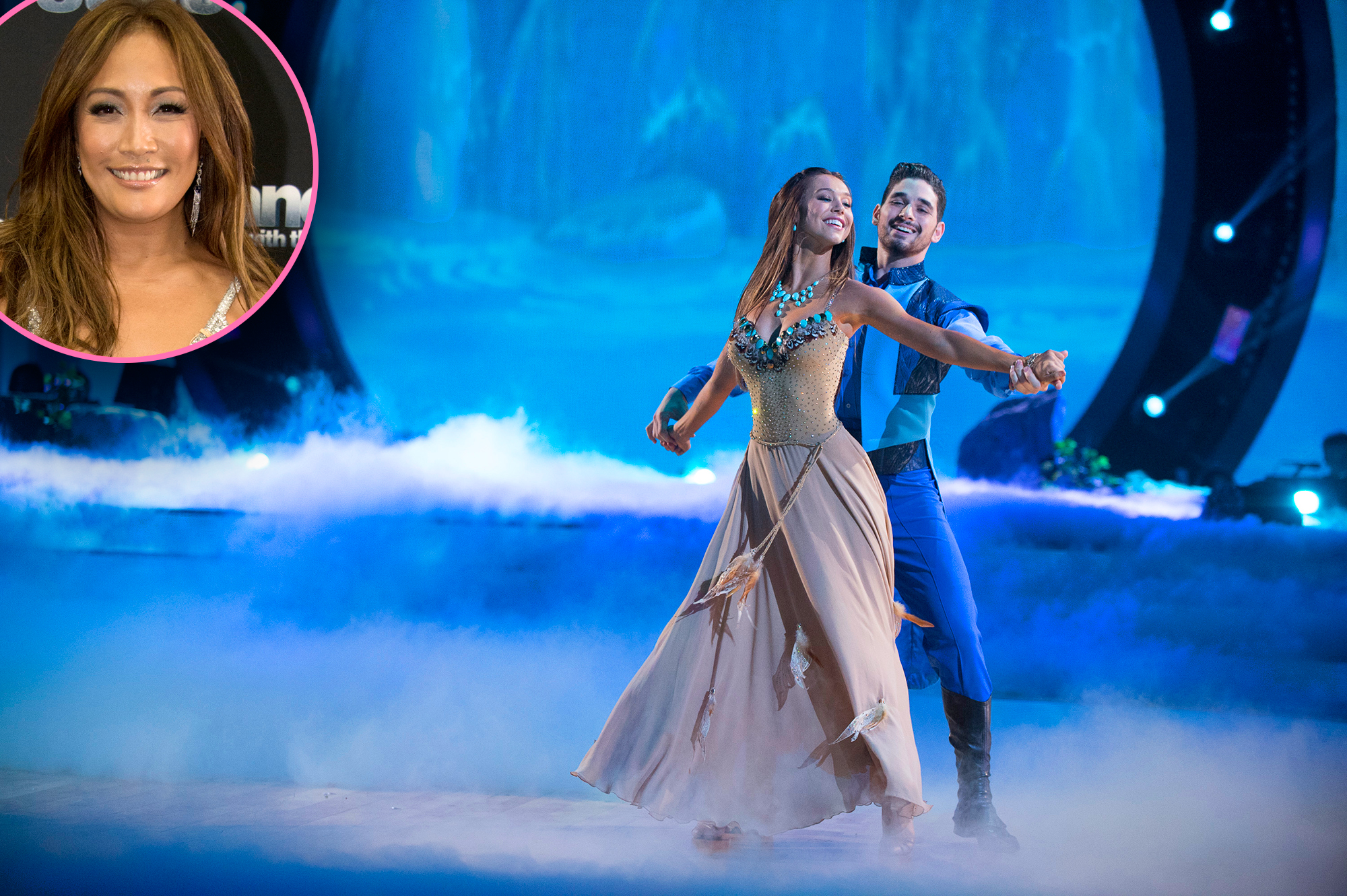 “Seems like they’re in love!” the 50-year-old said of the new couple as she attended the Women’s Guild Cedars-Sinai Diamond Jubilee Luncheon on Thursday, November 8.

After weeks of building chemistry, Bersten, 24, and Ren, 21, finally kissed in the DWTS episode that aired on Monday, November 5, after the choreographer revealed he reciprocated his dance partner’s feelings.

“I’m in a place where we worked so hard for this amazing journey together, and I’m afraid I will mess that up in some way,” Bersten told the social media star. “But I’ve never had an experience like this. It’s so easy to just hang out with you and have fun and not worry about everything else. I do have feelings for you. And I really feel like I am falling for you.”

For her part, Ren admitted to crushing on Bersten the week prior. “I didn’t see this one coming,” she said at the time. “It happened really quickly, though, so I think I’m still trying to process it.”

“Alexis’ feelings for Alan are real!” a source previously told Us Weekly exclusively. “She adores him … He thinks she’s super sweet and beautiful.”

The former Maxim model, however, posted a cryptic tweet on Wednesday, November 7, sharing a set of cynical Bishop Briggs lyrics: “Funny how a blessing feels just like a curse / Bad lovers but somehow good love hurts me worse.”

Meanwhile, Inaba also named Joe Amabile and Bobby Bones as the contestants who have surprised her the most this season. But she refrained from making any predictions at the Beverly Hills event on Thursday, saying fans will have to tune in to find out who reigns victorious. “It’s been a very different season that we’re used to,” she observed.

Dancing With the Stars season 27 airs on ABC on Mondays and Tuesdays at 8 p.m. ET.