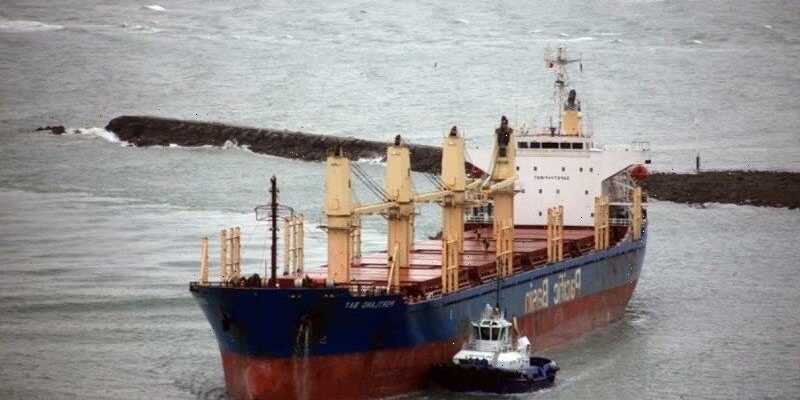 A major rescue operation is under way south of Sydney, with a 169-metre bulk carrier being pushed by wild weather towards the cliffs near Wattamolla off the Royal National Park.

Rescue helicopters have been deployed to the site and tug boats are on the way in an attempt to bring the cargo vessel Portland Bay under control. 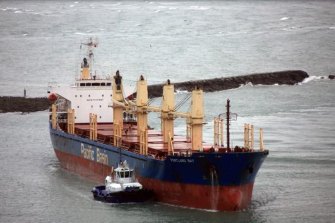 The Portland Bay, a Hong Kong registered container ship seen in a file picture, is in danger of running aground off Wattamolla.Credit:Steven Watkins

The Hong Kong-registered ship, which is without power, is anchored one nautical mile offshore. It has a crew of 21.

“This morning the NSW Police Force was notified that the vessel had lost power and was drifting towards the cliffs of the Royal National Park,” a police spokesman said.

An earlier attempt to evacuate some of the crew with helicopters was cancelled due to the risk, on advice from the Australian Maritime Safety Authority, police said.

A tugboat from Botany Bay is expected to arrive about 1pm. It will attempt to tow the ship further offshore so it can depart under its own power. One tugboat is thought to be already at the scene.

The bulk carrier departed Wollongong at 7.30am on Monday.

Wind speeds of up to 54km/h were recorded off Wattamolla at 10.30am on Monday, the Bureau of Meteorology said.

Waves of more than two metres have been reported at Wattamolla Beach. The beach is flanked by rugged cliffs.

NSW Premier Dominic Perrottet said the ship was in a “precarious” position.

“The NSW government is continuing to work with Commonwealth agencies to ensure that the situation is rectified as quickly as possible.”