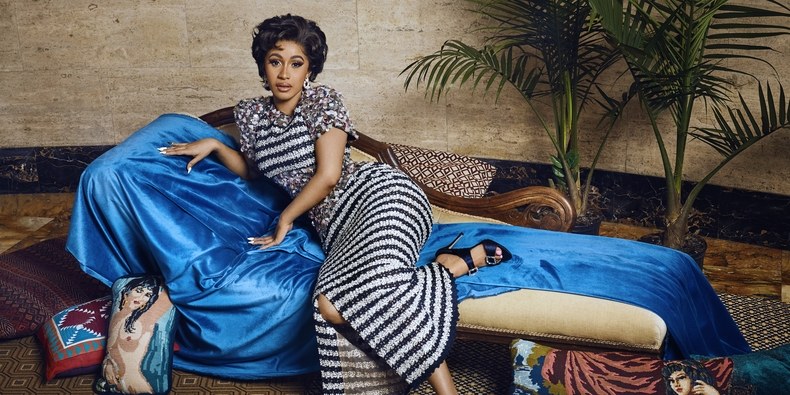 Forget Las Vegas residencies; nearly every pop diva, regardless of her age or stature, already has one of those. If an artist really wants to grab hold of the masses and cement themselves as a fixture of the zeitgeist, they have to produce something big. Rihanna partied on a plane. Tyler, The Creator started his own festival. And Cardi B, well, she's headlining a cruise.

From June 28 to July 1, fans of Cardi B can set sail aboard a Days Of Summer Cruise, which will depart from Miami and hit the Bahamas along the way, as well as a couple other yet-to-be disclosed tropical island locations. The rapper will be joined by none other than Post Malone and DJ Khaled, who also doubles as the host of the on-board festival.

Though we love to praise Rihanna for tackling every business venture she could possibly tackle (Fenty Beauty, Savage x Fenty, and the singer's rumored upcoming luxury goods brand, to name a few), when she launched her 777 Tour in 2012, it turned out to be a huge mess. The food was bad, everyone was jet-lagged (Rihanna included), and no one really wanted to be there. It is a legendary tale that almost rivals the story behind Fyre Festival. The concept, however, was strong enough to make every other pop diva consider stepping up their game in terms of producing extravagant, but still on-brand, performances for their fans.

There have, of course, been other celebrities besides Cardi B to headline their own cruise festivals in the past. Rosie O'Donnell designed the first-ever cruise specifically for gay parents and their kids (and filmed a documentary about the experience in 2006, called All Aboard! Rosie's Family Cruise), Oprah Winfrey became the godmother of a Holland America Line cruise ship this year after announcing her partnership with the brand in 2017 (where she joined Gayle King and India.Arie on O, The Oprah Magazine Adventure of Your Life Cruise's maiden voyage), and Pitbull hosts an annual Pitbull After Dark Party on a cruise vessel that sets sail from the 305.

Cruise vacations are coin-toss; the on-board activities are cheesy, passengers are stuck on the water with a bunch of strangers for days, and people are always getting sick after inadvertently sharing their germs, but if there's a celebrity theme attached to the vessel, you might get a glimpse at one of your favorite performers from the deck, and thanks to Cardi B it is no longer not a last-ditch effort for has-beens to prove their relevance in the culture.

The concept of a cruise ship festival actually makes sense for Khaled, who prefers water-vehicles as his choice mode of transportation (the producer suffers from aviophobia, or fear of flying, and in 2017 took his first flight since 2007 because he had to travel with his son, Asahd). As for Cardi B, it also tracks that she could be the one popular performer to turn something as corny as a celebrity cruise into a must-attend spectacle. The reason for Post Malone's presence on the ship, much like his prevalence in popular culture at large, is still yet to be determined.

Related: Cardi B Discusses the Postpartum Depression She Experienced After Welcoming Daughter Kulture