Tamron Hall dresses as pregnant Cardi B for Halloween

Cardi B may be an A-list rapper, but that didn’t stop the Bronx native from fanning-out over “Twilight” star Robert Pattinson.

“Look who I met the other day ! I felt like a teen!” the “Up” rapper, 29, tweeted out with video of her running into the 35-year-old actor at a Los Angeles party thrown in honor of British Vogue editor-in-chief, Edward Enninful OBE.

“Come, look at my friend, guys,” she says in the clip while primping her updo as Pattinson walks into frame, leading Cardi to excitedly scream into her camera.

A fan of the “Twilight” franchise, the Grammy-winner joked of wanting to have “vampire sex” back in July, only for Netflix to use the tweet in its promotion of the films on the streaming service. 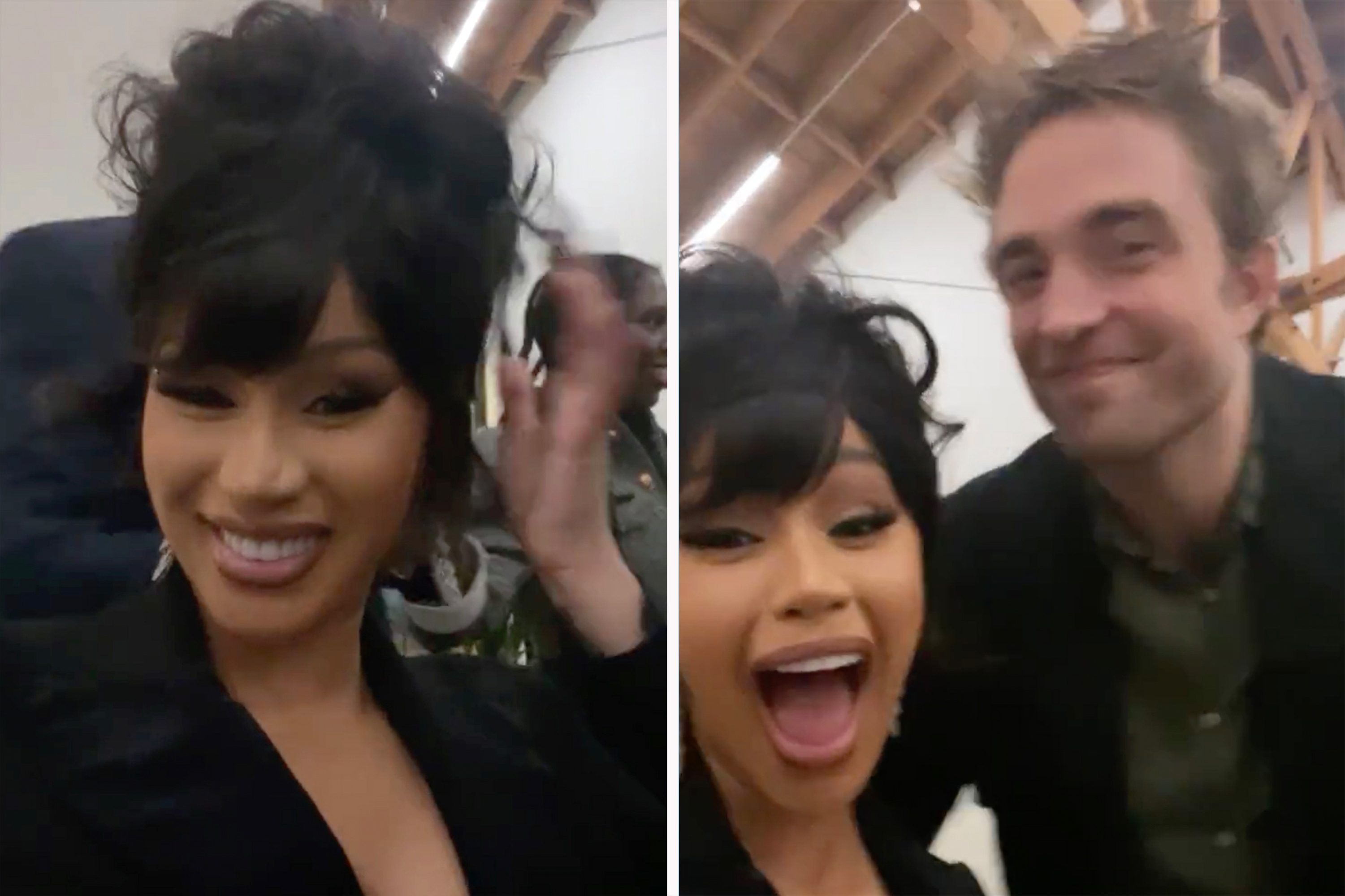 “He was saying ‘I’ll teach you to cook if you teach me to rap,’” a spy told PageSix. “He was telling her [that] ‘love goes through the stomach.’ She agreed.”

As for Pattinson, the heartthrob is gearing up for the release of “The Batman,” where he will star as the Dark Knight going up against The Riddler/Edward Nashton, played by Paul Dano.

“Robert Pattinson delivers a raw, intense portrayal of Batman as a disillusioned, desperate vigilante awakened by the realization that the anger consuming him makes him no better than the ruthless serial killer he’s hunting,” reads a synopsis of the film, which also stars Colin Farrell, Zoe Kravitz and Andy Serkis.