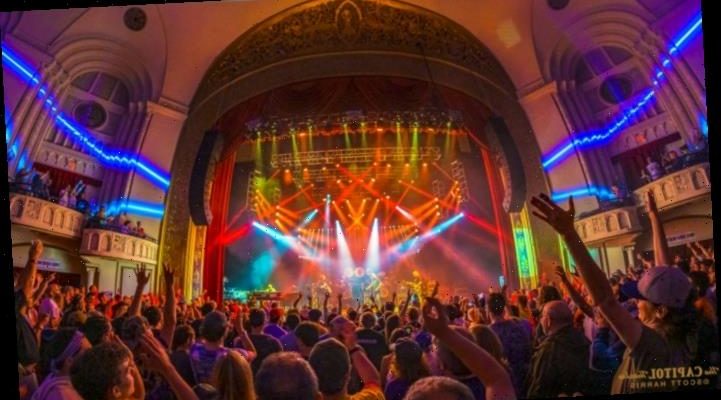 The Capitol Theatre in Port Chester, New York, today announced that Bruce Wheeler has been promoted to general manager, effective immediately. Wheeler, a 30-year veteran of the live-entertainment and music industries, came aboard as the theater’s director of production in October of 2017, and has overseen the venue and its complex production system for more than 120 events per year.

Upcoming shows that Wheeler will helm at the Cap — which on Tuesday hosted a recreation of The Band’s 1976 “Last Waltz” concert featuring Warren Haynes and Lukas Nelson — include a “Home for the Holidays” celebration with Duane Trucks and Oteil Burbridge, multi-night runs by Trey Anastasio, Joe Russo and O.A.R. plus Central Park Dance’s adaption of The Nutcracker and shows with Calexico + Iron & Wine, Trombone Shorty, Citizen Cope and the Del McCoury Band. It also hosts private and corporate events.

The historic venue, which is located approximately 30 miles north of Midtown Manhattan, was built in 1926 and became a magnet for rock acts in the early 1970s, including the Grateful Dead, Pink Floyd, Janis Joplin and many others; it became famed for its psychedelic light shows. The 2,000-capacity venue stopped hosting concerts after a 1997 filmed performance by the Rolling Stones, but reopened with a Bob Dylan concert in 2012 after an extensive renovation under its owner, Brooklyn Bowl founder Pete Shapiro. The renovation included a revamped incarnation of the venue’s famed light shows, which is led by 10 projectors positioned in the venue’s rafters and sides. Wheeler replaces Tom Bailey, who is now GM of the Peninsula Arts Guild in San Francisco.

“I first met Bruce when he was general manager at Central Park Summerstage and I was on the board,” says Peter Shapiro. “Every time I attended a show, he was there with a firm handshake and a warm smile and hello. It sounds like a simple thing, but not everyone does that every time you see them. That’s how we like to do things at the Capitol: With a smile, every time. Combine that with Bruce’s decades of production knowledge and experience, both on the road and in venues, and he’s the perfect person to take the reins from the esteemed Tom Bailey and make magic happen at the Capitol Theatre.”

“I’m honored to be named GM of this incredible theater,” Wheeler said. “It all stems from Pete Shapiro’s vision: He’s so focused on the experience and the most important thing is putting on a great show. It’s the kind of place where the staff is excited to come to work every day.” Wheeler also noted that the theater has received accolades from Westchester County and the governments of local towns for its role in the economic revitalization of the area.

Prior to joining the Cap, Wheeler was general manager of Central Park Summerstage, and spent many years working as an independent production manager for Regina Spektor, Cage the Elephant and Jimmy Fallon. Earlier in his career he held executive posts at MCA, J and Caroline Records, and also graduated from the Culinary Institute of America.