A comforting friendship. Candace Cameron Bure is still reeling from the death of her friend and former costar Bob Saget, but she’s been coping with help from someone special — the late comedian’s widow, Kelly Rizzo.

‘Full House’ Cast’s Quotes About Bob Saget Through the Years

“It’s definitely brought me and Kelly closer,” the Fuller House alum, 45, exclusively told Us Weekly on Wednesday, February 16, while promoting her new Aurora Teagarden Mysteries movie. “I love Kelly. She’s a wonderful person, but now we’re talking even more often than we did, which is wonderful.”

Saget was found dead at the age of 65 in his hotel room in Orlando, Florida, on January 9. Earlier this month, Florida’s Orange County Medical Examiner announced that the Philadelphia native’s death was likely caused by an accidental fall.

“Every day it feels a little bit better, but then it’ll hit you outta nowhere,” Bure told Us of Saget’s passing. “I will really greatly miss his friendship and the laughs and the hugs.”

Last week, Rizzo, 42, marked the one-month anniversary of her husband’s death with a sweet Instagram tribute. “Bob lived life to the fullest,” the Eat Travel Rock founder wrote alongside a video of the couple enjoying meals around the world. “He had so many hardships over the years that he would always tell me, ‘Look, life is hard, we need to enjoy it as much as possible.’” 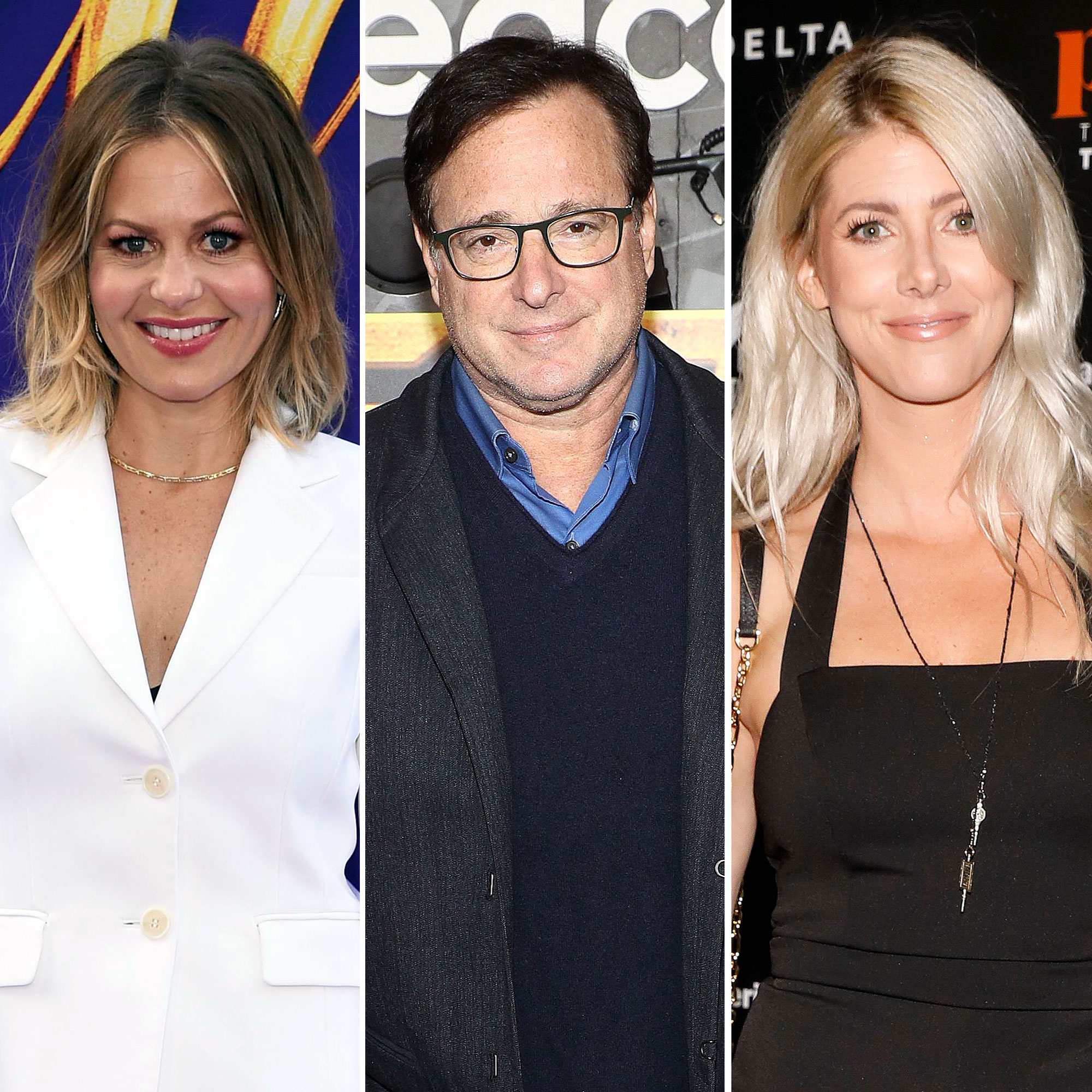 Though the travel blogger is understandably heartbroken about the loss of her spouse, Bure told Us that she’s doing “as well as she can be” under the circumstances. “She has such a big support system around her, which is wonderful,” the Dancing With the Stars alum explained. “We are all there for her and she’s taken it one day at a time, but she’s a strong, strong woman, and her faith is strong as well.”

The California native, for her part, is gearing up for the release of her latest Aurora Teagarden movie, subtitled Haunted by Murder. This time around, she got to star alongside her 23-year-old daughter, Natasha Bure, whom she shares with husband Valeri Bure. The duo also share sons Lev, 21, and Maksim, 20.

“I loved every minute of it,” Candace told Us of working with her daughter, who plays a younger version of Aurora. “I honestly wasn’t sure if she was gonna do it.”

The model previously told her mom that she wanted to forge a career path on her own, but she was happy to take a few pieces of advice on set.

“Natasha was asking about my body language and how I would move in certain ways,” the former View host explained. “Those kinds of notes were really helpful to her as she was playing Aurora.”