Already in the Christmas spirit! With the holiday season quickly approaching, Candace Cameron Bure is no stranger to making holiday plans with her family well in advance.

“I’m super excited that we’re all going to be together. My son in college is coming home for a couple of weeks and my son that lives up north is coming home. But then we’re actually going on a trip together, the five of us, and we are doing the antithesis of a Hallmark movie,” the actress, 45, exclusively told Us Weekly on Friday, November 19, while promoting her upcoming movie The Christmas Contest. “We are going to the beach. So we’re going to just spend a little time in Miami and enjoy some sunshine and the ocean spray. I can’t wait.”

The Full House alum shares three children with husband Valeri Bure: Natasha, 23, Lev, 21, and Maksim, 19. Candace, who celebrated 25 years of marriage with Valeri, 47, earlier this year, previously got honest about maintaining a close relationship with her kids. 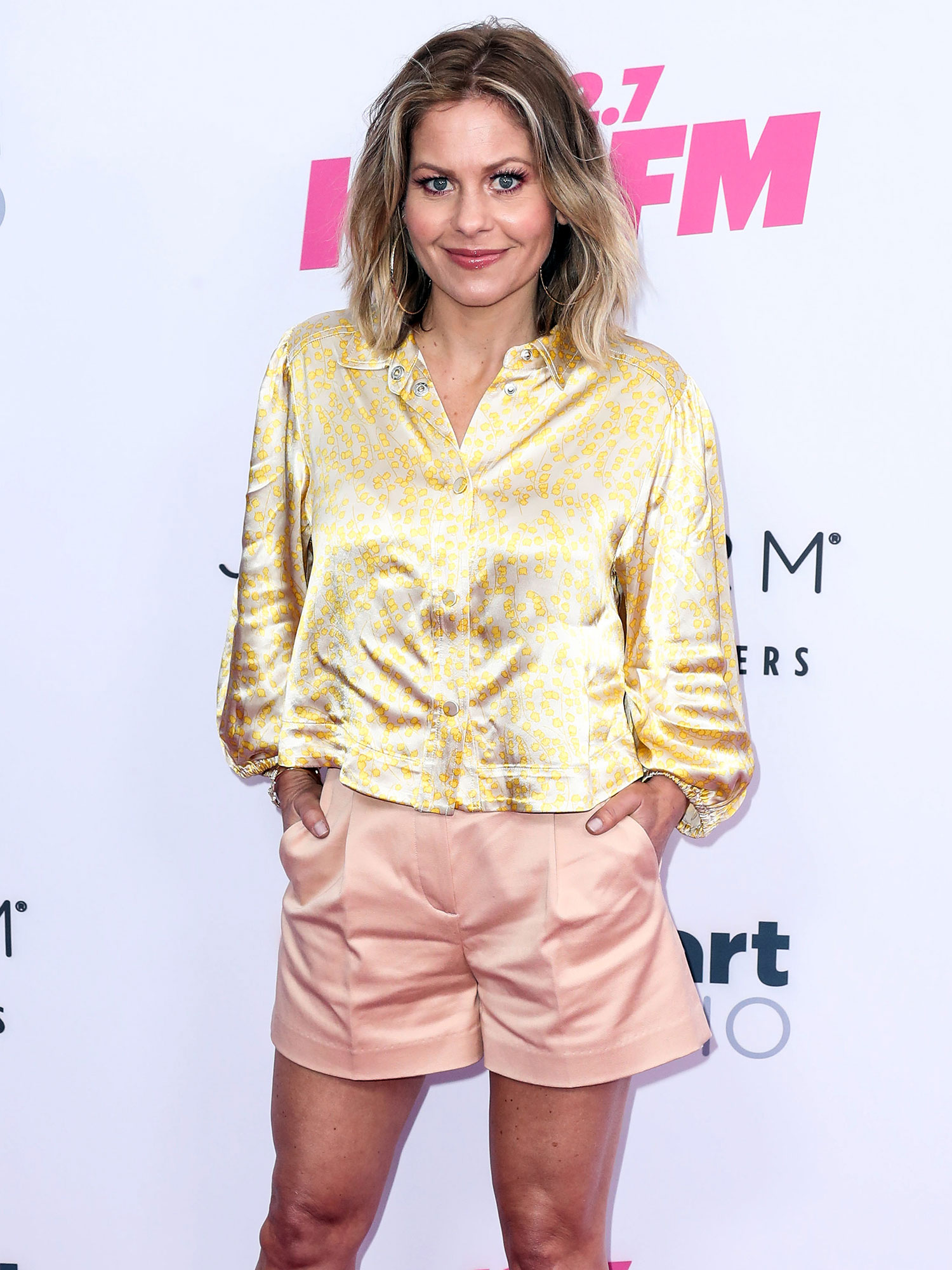 “My kids are young adults and teenagers and I’m OK in their eyes,” she told Us in November 2019. “They don’t mind hanging out with me. I don’t care if I’m cool in their eyes, but the fact that they actually enjoy hanging out and want to be my friend is, like, the biggest win for me ever.”

As the Aurora Teagarden Mysteries star looks forward to a festive reunion with her family, she opened up about her approach to creating the same kind of Christmas wonderland in her Hallmark projects.

“All the Hallmark movies I done in the last 10 years, I’ve produced and executive produced as well. So that chemistry [between characters], that casting is very important to me,” Candace told Us on Friday. “I definitely said no to certain people that have been presented [to me] because if I just don’t feel like there’s going to be this connection, then obviously it’s not going to work for the audience.”

The California native detailed all the hard work that goes into bringing a Hallmark movie like The Christmas Contest to life.

“It’s fun to be on the producing side of it. But even more than casting, there’s so many elements that happened to make these Christmas movies as good as they are,” she noted. “I like being able to put all of those pieces together and I feel like my fans that watch these movies, they expect a really great Christmas movie. I always hope to produce that every year for them.”

Candace, who will be costarring in The Christmas Contest with John Brotherton, revealed that it was “so obvious” that her former Fuller House costar had to join her onscreen again.

Actors Who Worked Together Again and Again

“John Brotherton needed to play the character of Ben because we are two exes that have this long history together that have obviously broken up. Then we enter this Christmas contest and unbeknownst to the two of us, we’re both there and it’s awkward and uncomfortable,” the former talk show host explained. “So there’s a lot at stake not just for the contest, but for one another because there are still some hurt feelings over that broken up relationship. John and I, of course, were on Fuller House together for five seasons and we have great chemistry. We had such a great time on that show and I just thought having that history would be perfect.”

Brotherton, 41, for his part, recalled being “so pumped” when he was offered the role.

“Playing exes allowed us to really have fun with the comedy, which was so fun. I said yes right away. I had to kind of double-check with a few things and make sure I could do it,” he noted. “But I made it a priority. … It was a dream.”

The Christmas Contest premieres on The Hallmark Channel on Sunday, November 28, at 8 p.m. ET.