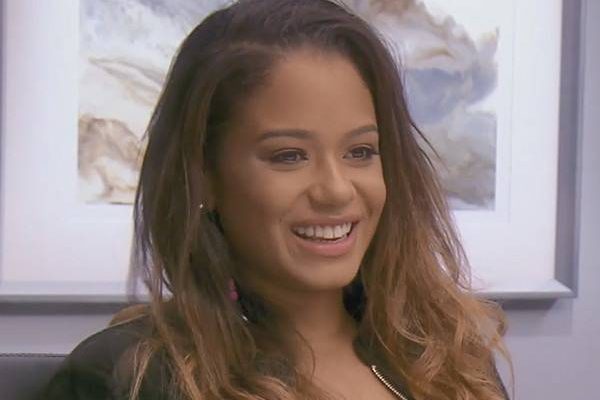 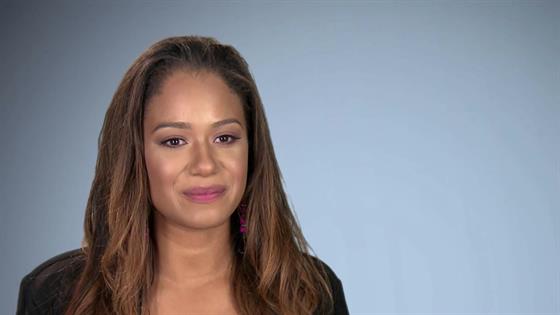 For Danielle Milian, putting physical scars in the past meant freeing herself from emotional ones, too.

“I’ve worked so hard to recover from everything bad that I’ve gone through, and I want my body to reflect that,” Christina Milian‘s sister explained during Wednesday’s new Botched. As she went on to tell Drs. Paul Nassif and Terry Dubrow, the last decade was hard on both her mind and body.

Danielle underwent lap-band surgery when she was 23. “It took me about two years to lose the weight,” she remembered. “Then, all of a sudden, my boobs were gone.” So, she found a plastic surgeon and got herself a pair of sizable breast implants—ones that rose to considerable fame within the Milian family. Even mom Carmen fondly referred to them as her daughter’s “Vegas boobs” during this week’s episode.

When Danielle found out she was pregnant again, it hardly took a few months for the reality star and her loved ones to realize something wasn’t right. “I started becoming pretty violently ill,” she told the Botched camera. After losing roughly 25 pounds during her first trimester, she consulted a doctor, who told her the lap-band had “slipped” four months earlier.

An emergency surgery to remove the lap-band (while she was three months pregnant) saved Danielle’s life. But hours after she eventually gave birth to her son, he passed away from complications related to his omphalocele diagnosis. As if the loss in and of itself wasn’t already difficult enough to handle, the lap-band removal surgery had left Danielle’s abdomen riddled with scars. So imagine her frustration when she woke up one morning—just a few years later—to find that her left implant had ruptured, completely at random.

“I was in such an emotional state, I wasn’t prepared to take care of myself when It came to my breasts. So, I didn’t get it fixed,” she explained.

Dr. Dubrow was a little apprehensive about operating at first, since he worried that Danielle’s previous medical complications could be indicative of more to come. But in the end, he was able to deliver results that impressed the Milian clan at large, Danielle especially. Seven weeks later, she was rocking a bright-orange crop top and feeling like her old self again.

“Thanks to Dr. Dubrow, my breasts are the same size and my stomach is smooth. I feel like my body now matches how I feel on the inside and I’m ready to move forward with my life,” she said. “I finally have my Vegas boobs back!” 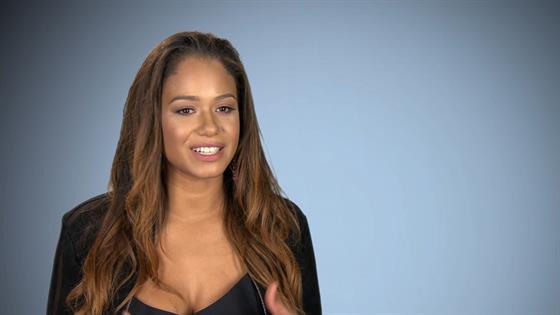 Dr. Nassif also took some risks in the OR this week with Cindy, a police officer and identical twin from Alabama who’s nose had weathered a few too many traumas for one lifetime.

“When I was five years old, my Papa had made this horse swing,” she recalled. “And my cousin comes and cuts the rope as I’m swinging on it. And I fall face first to the ground and broke my nose.”

Because Cindy was so young, the injury actually ended up altering the shape of her nose as she grew. When she was 12 years old, her mother insisted she go under the knife for a rhinoplasty. Of course, the doctor recommended waiting a few years to have the procedure done (as Dr. Nassif corroborated later, performing that kind of surgery before a patient’s done growing is almost always a no-go), but Cindy’s mom wasn’t hearing it.

“My mom had told me that, ‘You’re going for this surgery,'” she said in a confessional. “You did not question my mother.”

The rhinoplasty widened and flattened out her nose, but the worst part for Cindy was the fact that she and her sister Jennifer didn’t look quite like identical twins anymore. Plus, as Jennifer relayed to the Botched doctors, people at school started calling her “pug nose.” So, in her adulthood, Cindy decided to have another surgery.

“Couple days after surgery, this part just all of a sudden got swollen and really, really, really red,” she explained, gesturing to the now-misshapen tip of her nose. “And it started caving.”

Cindy told Dr. Nassif all she really wanted was a profile, bonus points if he could make the nose look like Jennifer’s. And despite the talented Botched doc’s warning that even he might not be able to give her a better result, she was set on moving forward with surgery. Good thing too, because the risk turned out to be well worth it.

“Thanks to Dr. Nassif, my tip has been lowered and I actually have projection,” said Cindy three months post-op. “She looks ten years younger!” exclaimed Jennifer with an enormous smile.

Hear more about Danielle and Cindy’s cases—and find out if the doctors agreed to help hopeful patient Krystina look more like a caricature—in the full recap video above!

Watch a new episode of Botched Wednesday at 9 p.m., only on E!