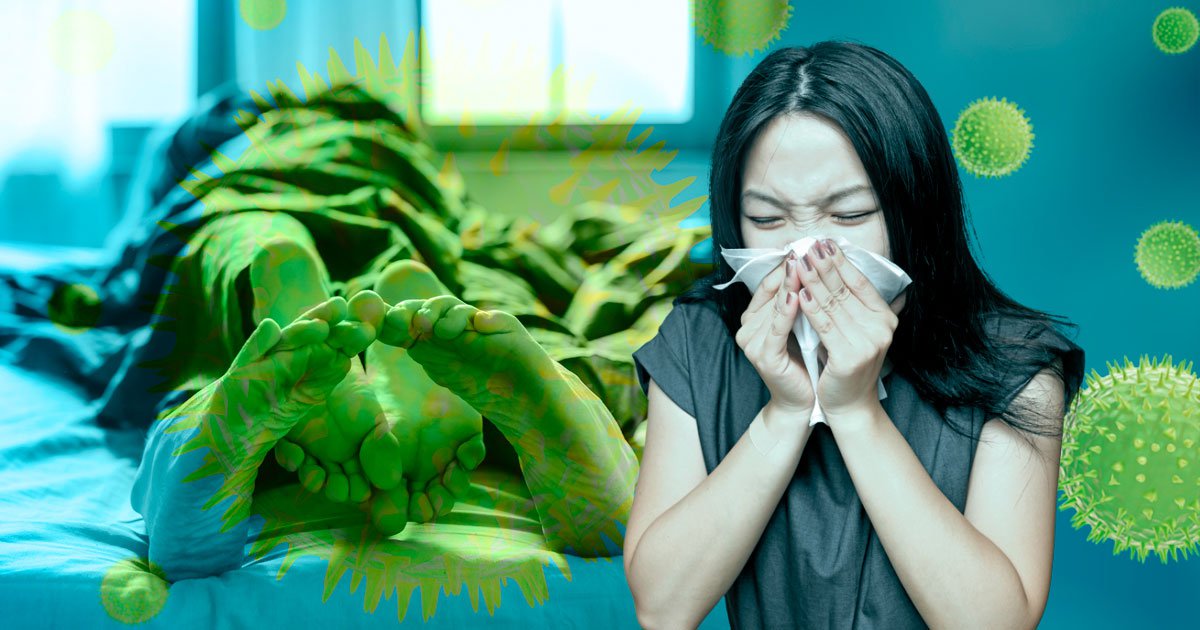 Did you know that having sex *might* be able to alleviate some of those nasty hay fever symptoms?

Streaming eyes, itchy and runny noses, thumping headaches – it seems that everyone is experiencing those dreaded symptoms this summer.

And it’s not even the height of the season just yet.

Dosed up with antihistamines that don’t quite hit the spot, could there be a more pleasurable way to wave goodbye to seasonal allergies?

Could having a quickie with your partner or the person you’re seeing really provide some relief?

Back in 2009, a study found a link between sex and a reduction of hay fever symptoms, with Sina Zarrintan, from Tabriz University in Iran, noting that an orgasm might help to decrease nasal congestion.

The research noted that sexual intercourse leads to the tightening of the blood vessels in the nose and eyes, which could help to unblock your nose and prevent your eyes from watering.

Sina even suggested that ‘the patient can adjust the number of intercourses depending on the severity of the symptoms’.

But before you strip off and get down to it, we’re here to kill the buzz: The truth is, the jury is out on whether or not sex can really help hay fever sufferers.

Dr Gareth Nye, lecturer at Chester Medical School, has doubts about the claim that the redirection of blood from the nose to the genitals would have any effect on hay fever.

He does acknowledge that you could experience some relief from symptoms thanks to sex – but not for the reasons you might think.

Instead, relief from pain and discomfort could arise from the ‘surge of endorphins that comes from having sex’.

That relief won’t last long, though…

‘With the average length of intercourse being around five minutes, you won’t get relief from hay fever for very long, if it does in fact work,’ notes Dr Gareth.

And in fact, he adds: ‘If anything, your symptoms may worsen after sexual intercourse, because if blood is being drawn away from the nose there is less immune system presence to control the allergens.

‘When it returns it will work harder to make up for the short fall.

‘We see this when people use decongestants for a long period of time; often you get a brief relief but long term it doesn’t necessarily help.’

We’re not suggesting that you don’t bother having sex – if you’re in the mood, go for it.

But if you’re expecting it to serve as a magical remedy for your itchy nose and streaming eyes, you might be disappointed.