Seven days a week John Chhan arrives a little after 4 a.m. to open his donut shop in Seal Beach, California. The first customers arrive by 4:30 a.m., and these days you have to get there early because the donuts are likely to be sold out before dawn.

Since 1990, John has been behind the counter with his wife, Stella, by his side. His wife of more than 30 years is now recovering from a brain aneurysm. Her sister stepped in to help but customers immediately missed Stella and because of their affection for the man who makes the confections, the community wanted to help, reports CBS News’ John Blackstone. 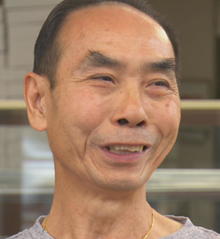 As word spread about Stella’s aneurysm, people offered to start a GoFundMe for the Chhans, but they refused to take a handout. Customer Marc Loopesko had another idea.

“So I said, ‘Let’s just come here, buy his inventory out every morning, early, so he can get home and be with his wife and help mend her back to full health,'” Loopesko said.

One person shared Chhan’s story on social media, suggesting “the community could help out and bring donuts to work, church, school.” Because as soon as the donuts are sold out, John could leave and spend more time with his wife. Suddenly, donuts well selling by the dozens and dozens. 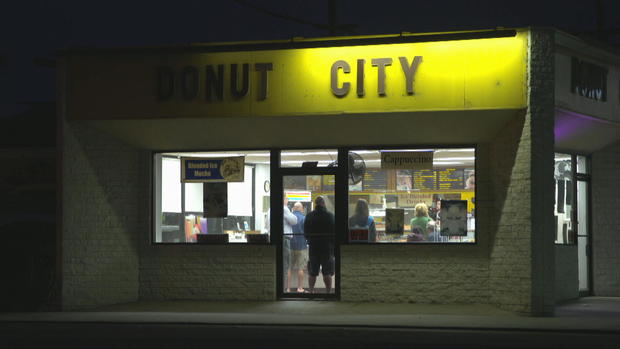 One customer even heard about the story through his daughter, who lives in Hawaii. Another customer called John and Stella “national treasures” in Seal Beach.

The Chhans are refugees from Cambodia. They became part of the fabric of their community, selling donuts to generation after generation, which is why morning after morning, the donuts are disappearing.

“Thank you very much, for our neighbors, our community, they’re all helping me so much,” John said.

On one morning, Chhan sold out everything but the donut holes a little more than two hours after he opened. Then two more customers came in. One took the first pan of holes and the other took the last pan.

In this little shop by the sea, the only thing sweeter than the donuts is the outpouring of affection for the man behind the counter.