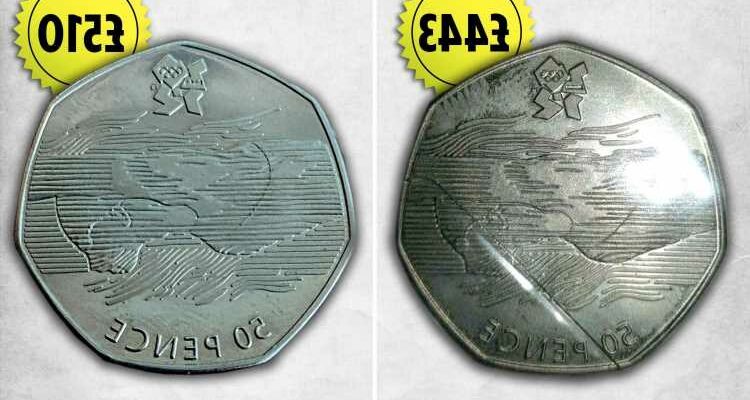 A NUMBER of rare coins have sold for hundreds of pounds recently on eBay.

One version of an Olympic error coin has fetched as much as £510 on eBay in the past week. 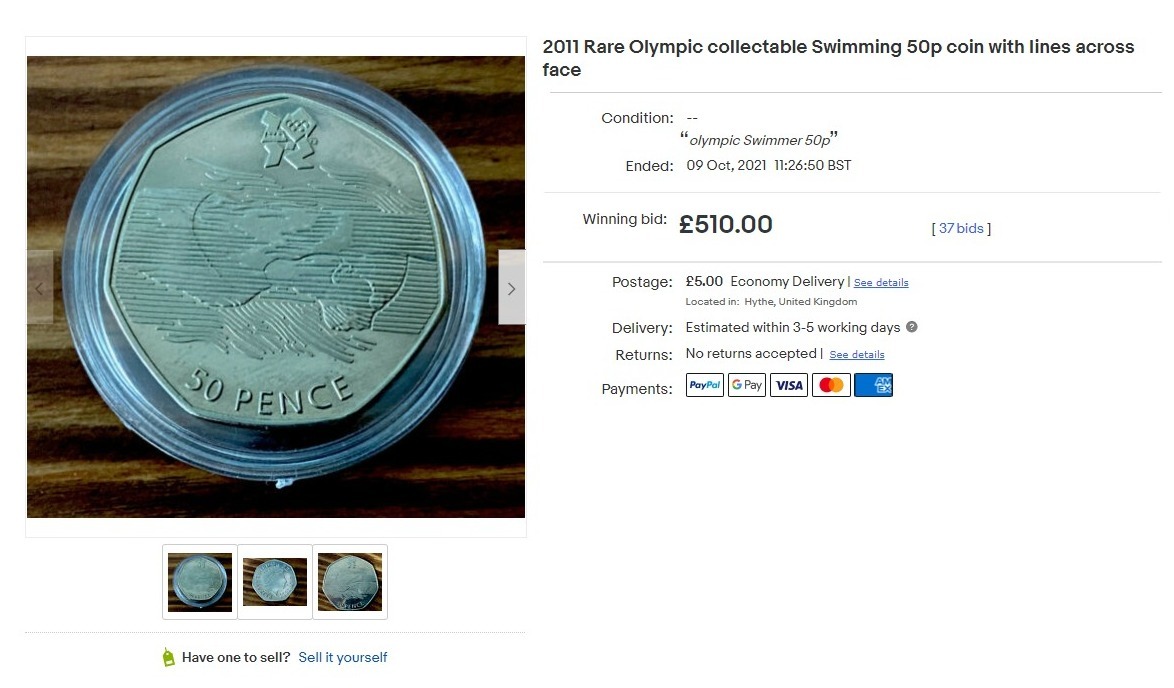 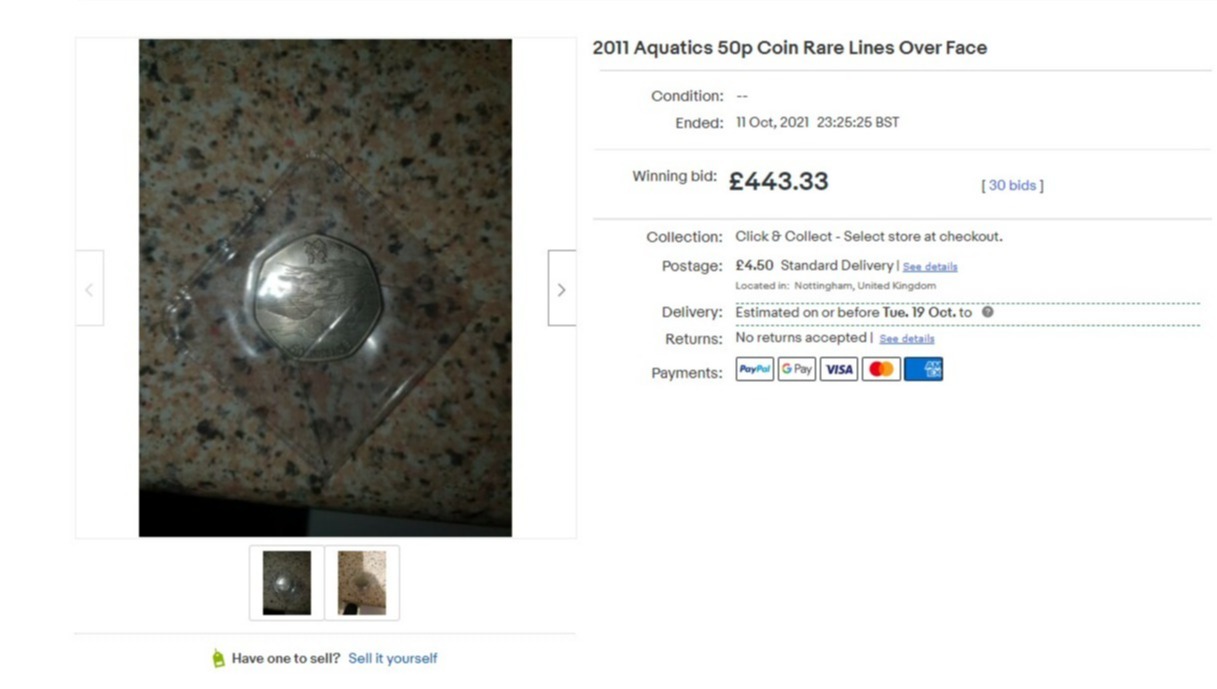 Meanwhile, another copy of the same design sold for £443.

It's not the first time we've spotted error 50p coins being sold on for triple figures though, as others have sold for as much as £245, or even £360 in the past.

But why are buyers willing to snap up the small change for such big bucks?

Both of the error coins that sold over the last week have managed to be auctioned off for thousands more than their face-value.

They are also both copies of a rare Olympic design minted in 2011 in line with the games hosted in London the following year.

Simply being a commemorative design makes the coins more desirable to collectors, who can, in turn, be willing to splash out in order to get their hands on copies.

But the two high ticket auctions featured error versions of the Olympic Aquatics design, which were preliminary copies to the modified versions we know now.

Originally the design featured a swimmer underwater with lines over their face, but the coin was redesigned later in 2011, to make the swimmer’s face more visible.

As some keen coin hunters spot the older design with the lines across the swimmers face cropping up in their change, they are also cashing in on its rarity.

Supposedly only 600 of these were minted, compared to the 2,179,000 figure of the later designs, so that fact alone can make collectors race to place top bids.

Ultimately, eBay sellers are raking in grand profits after selling on the 50p coins thousands more than their face-value.

But there actually isn't a real science to why collectors are willing to pay so much.

A few key factors will help push up the price of a rare coin if you have one to sell yourself though.

If the coin is uncirculated it will most likely sell for more than a circulated coin which is more worn.

But it would be impossible to come across this in your spare change so you could end up paying through the nose to get your hands on one yourself.

Collectors will still also be keen if a coin is listed as "genuine" and in "good condition" though.

You can take a look at expert indexes that reveal the scarcity of some coins likely to win big at online auctions, as of course the rarer the coin, the more attractive it is to bidders.

Changechecker's latest scarcity index shows the rarest 50ps, that could score you a lot of money to sell on.

The Royal Mint has recently updated its details on the rarest coins in circulation too, so it's worth checking them against the eBay resell prices you might come across.

If a coin does have a lower mintage, or the story behind its creation is interesting to collectors, demand can soar, so you can find sellers battling it out on eBay with many rivalling others' prices.

But these don't necessarily provide an exact formula to the coins scoring so much attention.

A spokesperson for Change Checker told The Sun: "It’s important to remember that anyone can list anything for any price on the secondary market, and this can suddenly stir up a lot of attention, for no real reason."

But if you take a scroll through eBay yourself, you will find some coins with the same design sell for only a few pounds in comparison, it will just be a case of luck in many circumstances.

A big thing to watch out for though is fakes, so be careful if you make a purchase and be wary of splashing out on something that's not been verified.