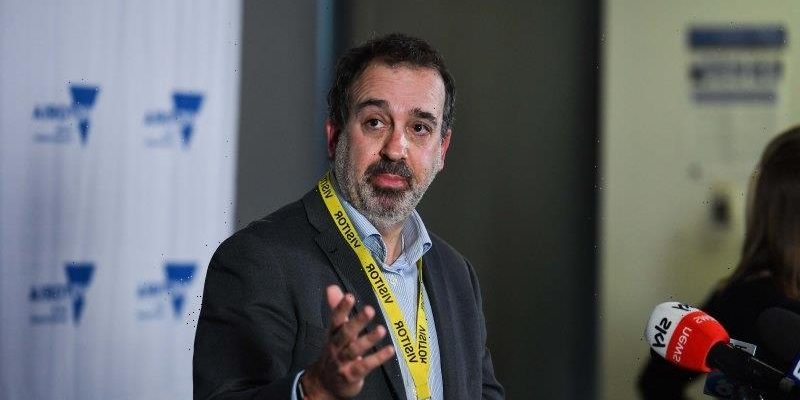 Business leaders have lauded the financial partnership between the Victorian and federal governments, which on Friday unveiled a $400 million business support package.

The cost of the aid to business is accumulating, with the state government having invested about $1.1 billion in unanticipated support since handing down its budget in May. 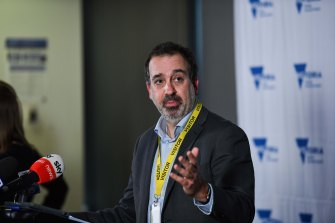 Co-operation between the Andrews and Morrison governments has gradually improved since May, when state treasurer Tim Pallas said his federal counterparts were “not a tangible partner” and needed to “step up to the plate” after requests for income support at the start of Victoria’s fourth lockdown were knocked back.

With snap lockdowns agreed by national cabinet as the best approach until mass vaccination is achieved, the increased federal commitment has coincided with its support for NSW.

“I would certainly expect that for as long as any lockdown is necessary, that Commonwealth support should be available,” he said on Friday.

In a change from the one-off lump sum available in previous packages, a government payment to hospitality venues will range from $5000 to $20,000 based on the size of the venue.

An $8000 grant is available for any small business that has experienced a minimum 70 per cent reduction in turnover, which Victorian Chamber of Commerce and Industry chief executive Paul Guerra praised as a “catch-all”.

“We think it will go far enough to support every business in this state,” he said.

“I think it’s great that both federal and state governments are coming together … as businesses, we don’t want to see our leaders at war with one another.”

The state and federal governments announced a similar $400 million package just nine days ago to cover Victoria’s fifth lockdown. That followed state commitments of $200 million at the start of the fifth lockdown in July and $500 million during the fourth lockdown. 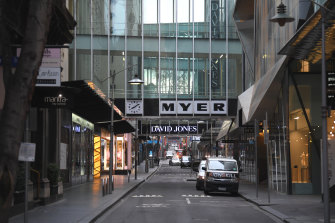 Each lockdown is estimated to cost the state economy about $1 billion a week.Credit:Justin McManus

Equity Economics lead economist Angela Jackson said on top of support payments, lockdowns have cost the Victorian economy between $850 million and $1 billion a week while May’s budget only accounted for small, infrequent outbreaks.

“It’s a significant hit and will certainly mean a revision down in revenue for both the state and federal governments,” Dr Jackson said.

“The economic costs are mounting but what is the alternative? It’s longer lockdowns that have even more financial impact.”

She said the economy would be slower to bounce back from this year’s lockdowns than it had last year because households and businesses were starting from a weaker position and due to the lack of JobKeeper wage subsidies.

“It’s important there’s a real mindfulness on whether these supports are sufficient. We’re now in territory where Victoria has spent as much time in lockdown since May as out of it.”

Opposition leader Michael O’Brien said the latest lockdown should only have applied to greater Melbourne, allowing businesses in the regions – where no cases have been detected and very few exposure sites listed – to continue trading.

“The government needs to be a lot more targeted and a lot fairer to people who are living in areas where there’s no COVID and hasn’t been any COVID for months,” he said.

“That is a vital change,” he said.