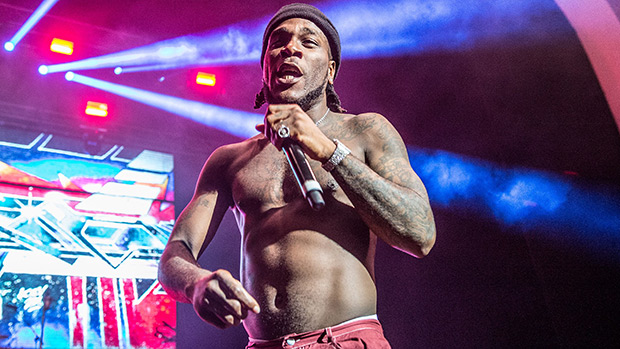 Nigerian singer Burna Boy is on the 2019 Coachella bill! But – he’s not very happy with the official poster for the fest. Here’s 5 things to know about the performer who slammed the festival on social media.

The 2019 Coachella lineup is here, and Nigerian singer-songwriter Burna Boy, 27, is just one of the stars set to appear at the year’s biggest music festival! However, after the official poster for the fest was released, Burna was NOT happy with his placement on the bill. The musician is set to play on Sunday, but felt that his name was written far too tiny amongst the other performers set to take the stage that day. In a now-deleted Instagram Story, he said: “@coachella I really appreciate you. But I don’t appreciate the way my name is written so small in your bill. I am an AFRICAN GIANT and will not be reduced to whatever that tiny writing means. Fix tings quick please.” As Burna Boy broods over his festival placement, here’s 5 things to know about him.

1. He actually grew up in London before finding success in Africa.

2. His breakthrough hit “Like to Party,” put him on the map.

And it paved the way for his more recent, massive success of “Ye.” The music video for the track has racked up over 8 million views!

3. Fans once confused him with Kanye West.

Thanks to his song “Ye,” fans searching for the well-known Kanye West album stumbled upon the song of the same title from Burna Boy. The search mistake gave Burna an unexpected boost in streaming numbers!

“I represent a whole generation of SOLID AFRICAN creatives going global. Not the soft, low self esteem African with a slave mentality. I will grant interview soon to make myself understood. Nothing I say comes from any place of “pride” or any sense of “entitlement”, it comes from my vision of the future of AFRICA not just AFRICAN music,” he said in his post.

5. Not all fans agreed with Burna Boy’s message.

And they weren’t afraid to let him know. Fans took to Twitter to try to pull Burna back to reality. “You get to perform on one of the world’s biggest stages but this is that you care most about? There’s self confidence, then there’s self conceit. Dear @burnaboy, A true AFRICAN GIANT does not need an eflyer to validate their GIANT-ness. don’t sabotage yourself!” one fan even wrote.