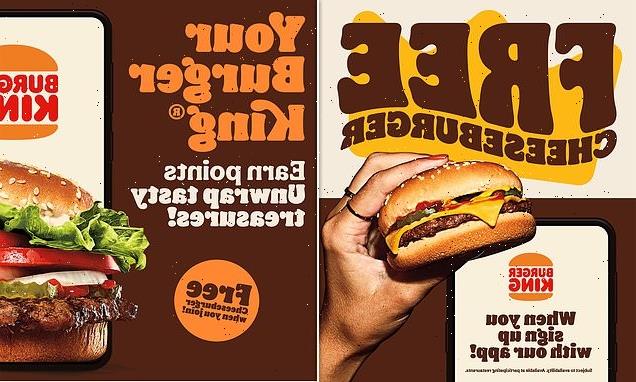 The Whoppers are on us! Burger King launches new loyalty scheme that allows fans to get FREE food by collecting points every time they order

From Tuesday 26 July, the nationwide Your Burger King scheme will see customers receive 10 points for every £1 they spend.

These points can then be saved up and used to redeem a range of ‘fan favourite menu items’, including the flame-grilled Whopper and the almighty Steakhouse Angus meal.

The loyalty scheme has already been trialled in Scotland and is now being rolled out across the rest of the UK.

Customers will need to collect a minium of 150 points by ordering with the Burger King app or in store – or spend £15 – to earn a reward, starting with regular fries, a cheeseburger, a hamburger or a regular drink.

Those who spend £80 to earn 800 points will be able to tuck into a Bacon Double XL Meal, a Double Whopper® Meal or a Steakhouse Angus Meal. 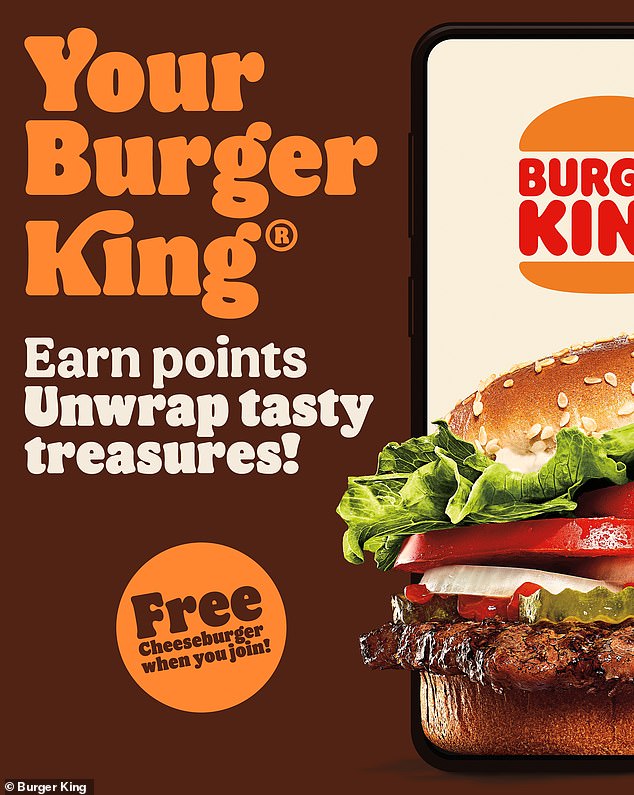 Burger King is set to reward loyal Whopper fans with its first fast food loyalty scheme, which is being rolled out across the UK after a successful trial in Scotland 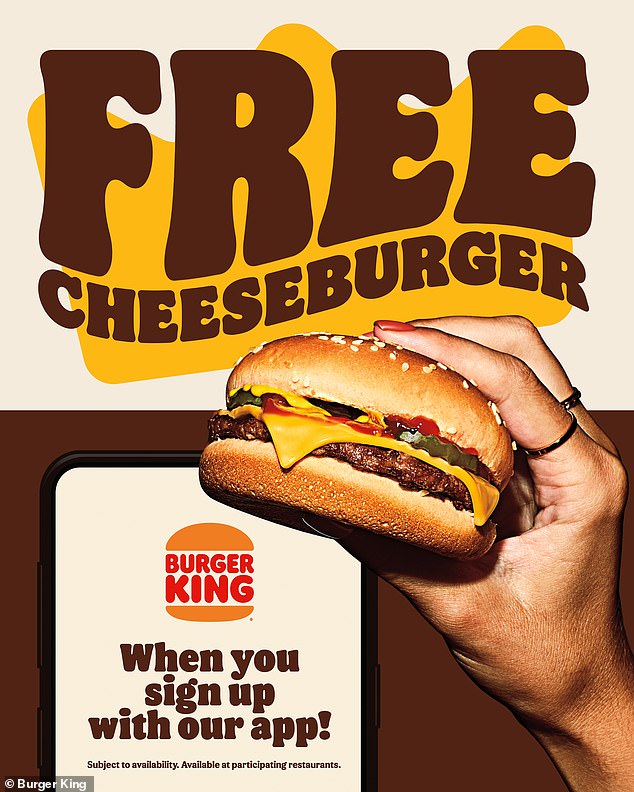 Customers canb earn a free cheeseburger by collecting 150 points, with 10 awarded for every £1 spent 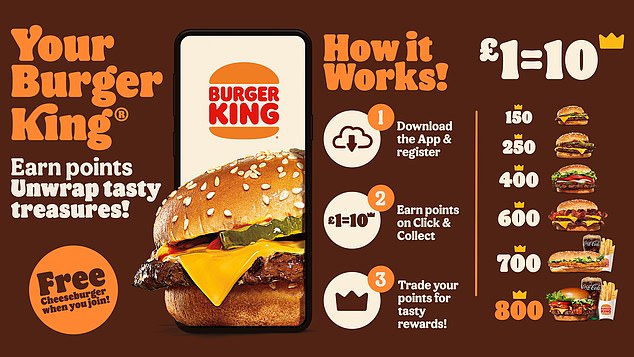 What can diners claim with their Burger King loyalty points?

To celebrate the launch of the new loyalty scheme, all customers who sign up to the Burger King UK app will automatically receive 200 points.

This is enough to instantly claim a free hamburger, cheeseburger, fries or regular drink, all of which are 150 points each, while existing app users will also automatically receive the 200 points credit.

Points will be awarded for any spend on any items at Burger King, while points can be used to redeem a selection of 22 different menu items.

Katie Evans from Burger King UK said: ‘Following a successful trial across Scotland, the nationwide launch of Your Burger King means there is even more to love about the great tasting-food of Burger King.

‘The platform offers customers a more personalised experience and access to rewards that they can’t get anywhere else. It’s a way for us – The Home of the Whopper – to say thank you to our loyal customers up and down the country.’

till in its trail phase in 10 outlets in the North of England, the My McDonald’s Rewards scheme sees customers earn themselves points with every order, which can be translated into freebie rewards.

On the McDonald’s loyalty scheme, £1 equals 100 points, and rewards start at 1,500 points for a small fries, medium salad, mini McFlurry, regular McCafé or a hash brown.

It’s the equivalent to the Burger King deal, which requires a minimum spend of £15 to earn a reward.

Meanwhile, sandwich chain Subway has been running its Subway Rewards for years, while the fried chicken franchise KFC previously had the Colonel’s Club.

However, that was axed just this month in favour of a new, yet-to-be-announced reward scheme.