The new movie “Blinded by the Light” is based on the true story of the impact Bruce Springsteen’s music had on a Pakistani Muslim teen in 1980s England — so when the movie had its premiere Wednesday night in Asbury Park, New Jersey, it’s no wonder The Boss showed up to support it.

Springsteen walked the red carpet with his wife Patti Scialfa and the movie’s director, Gurinder Chadha, who also directed “Bend It Like Beckham.”

The star of the movie, Viveik Kalra, said “No one told me that was going to happen!” of Springsteen’s appearance, in an interview with The Asbury Park Press.

In the theater, Springsteen played some of his ’80s songs, including The River’s “Sherry Darling,” according to Billboard. 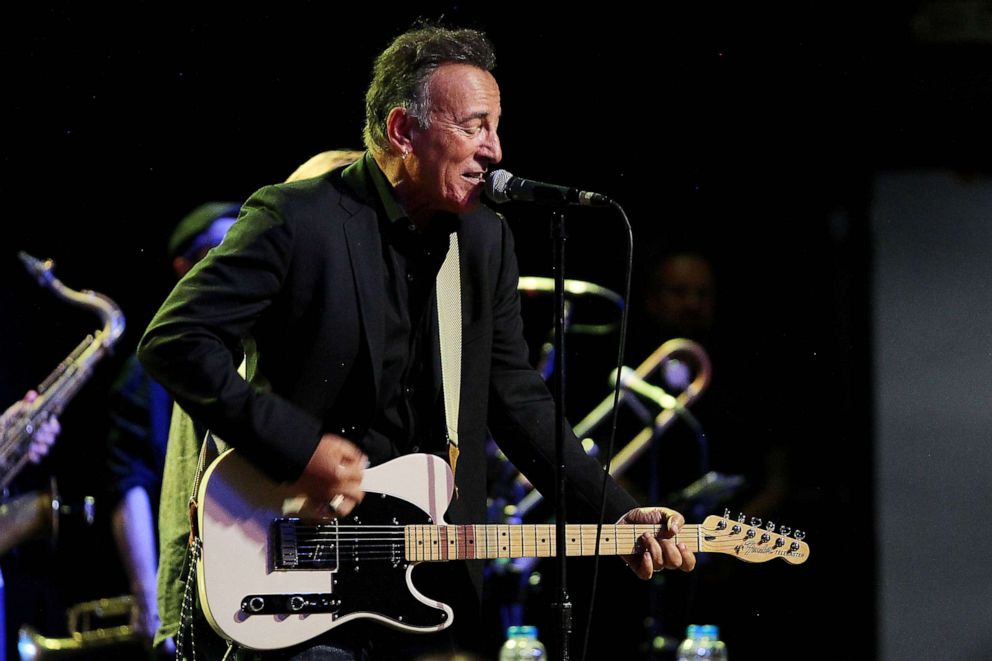 Springsteen hits from the ’70s and ’80s like “Dancing in the Dark,” “Cover Me,” “Hungry Heart,” “Born to Run” and, of course, “Blinded by the Light,” are featured on the movie’s soundtrack.

Three unreleased recordings are also included: a studio version of “I’ll Stand by You,” a 1979 version of “The River” that Springsteen and The E Street Band played in New York City, and a solo acoustic rendition of “The Promised Land” performed in Washington, D.C., in 2014.

The soundtrack is out this Friday, while the movie itself hits theaters on Aug. 16.