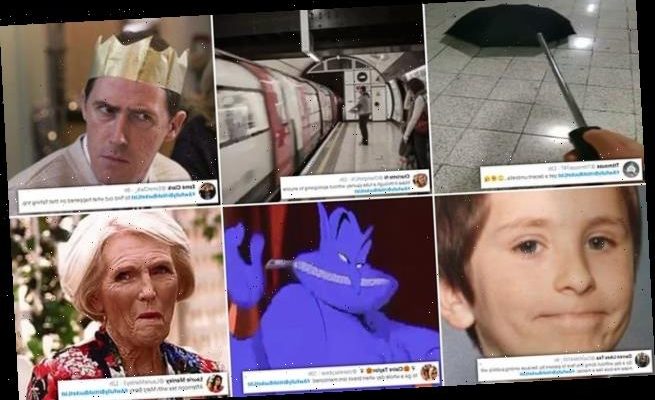 An awfully British bucket list! From owning an umbrella that doesn’t break to never queuing again in Primark people reveal what they REALLY want to achieve in life

While some people dream of swimming with dolphins or scaling Everest, Twitter users have been revealing some rather more modest aspirations on their bucket list.

The humorous checklists were posted with the Twitter hashtag #AwfullyBritishBucketList, which quickly started trending as Brits shared aspirations such as owning a functioning umbrella.

Others wanted to see cheese and onion crisps instated in green packets ‘where they belong’, while one man is creaming of seeing the ‘end of the DFS sale’, while others want an end to queueing  in Primark.

From going a whole day without mentioning the weather to dreaming of a decent umbrella, social media users from across the UK shared the little things that they’re dreaming of.

Here, FEMAIL shares a selection of the best examples… 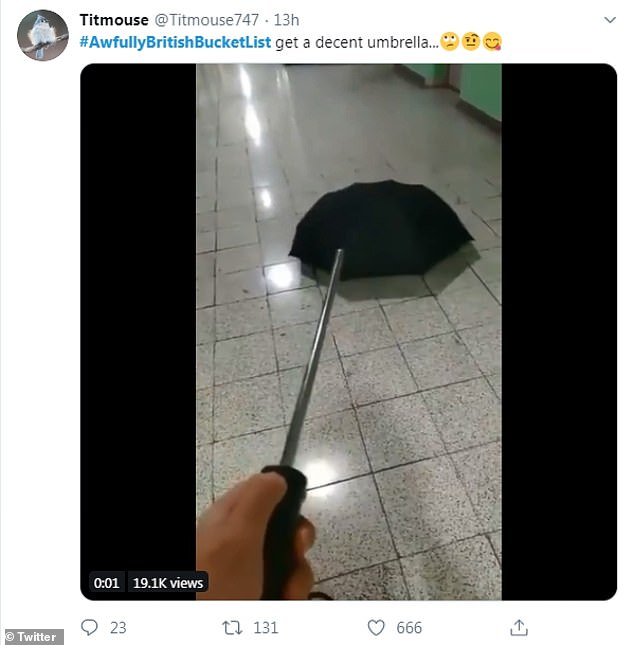 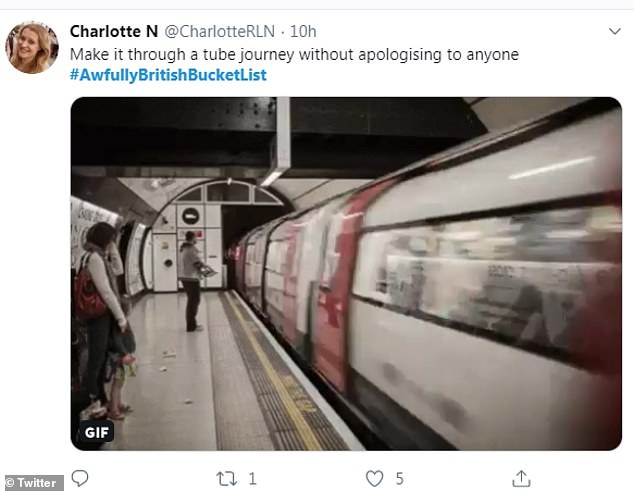 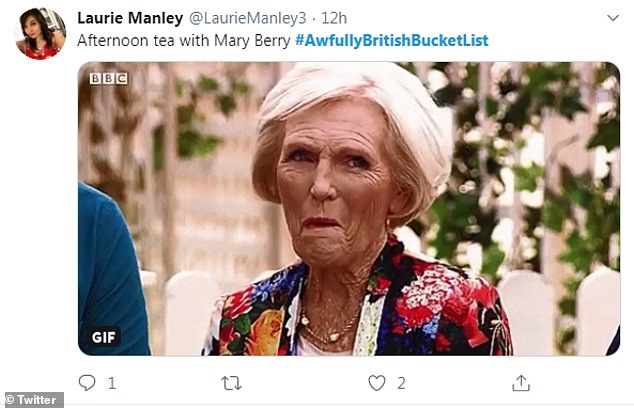 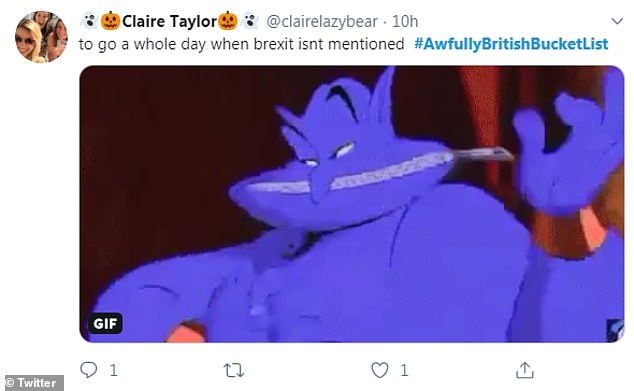 A woman, based in the UK, amusingly admitted that she would like to go a whole day without Brexit being mentioned 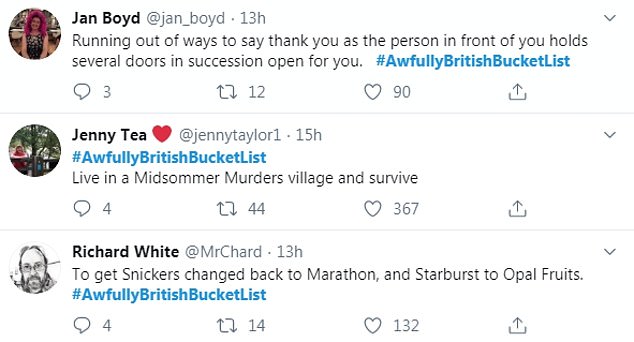 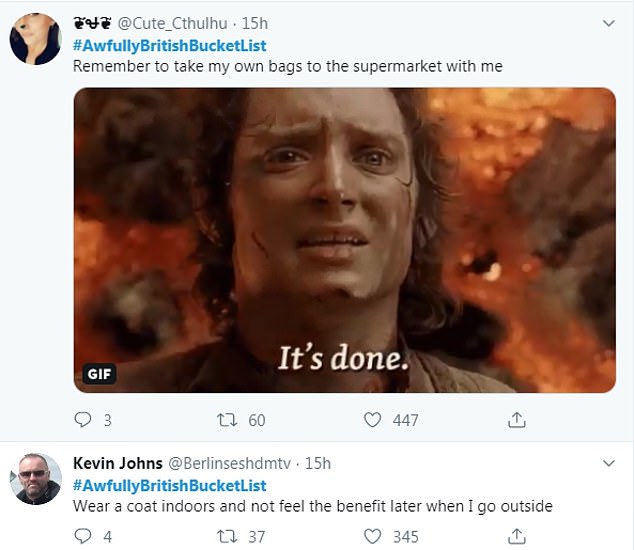 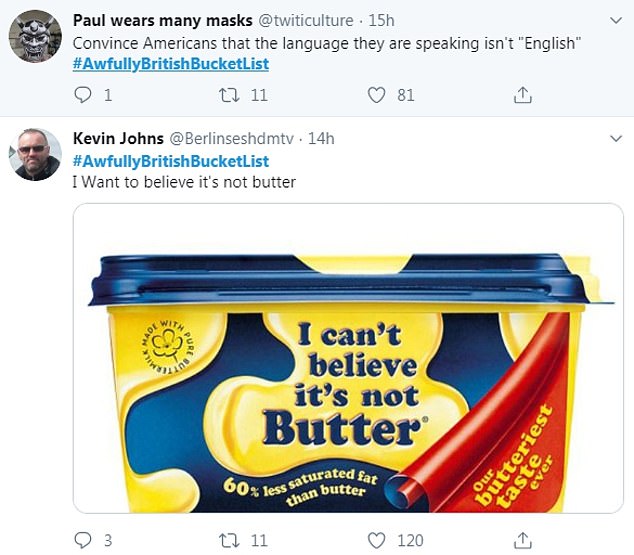 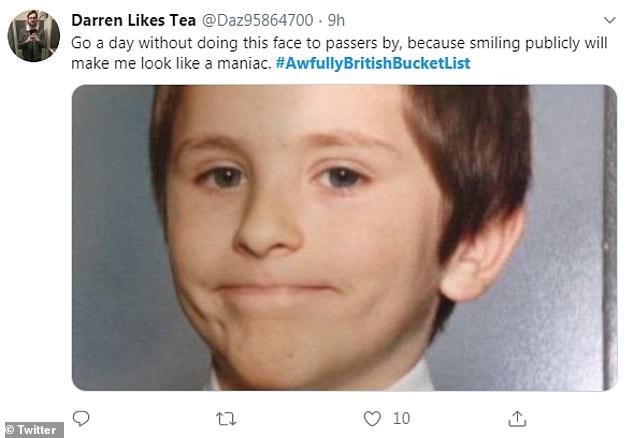 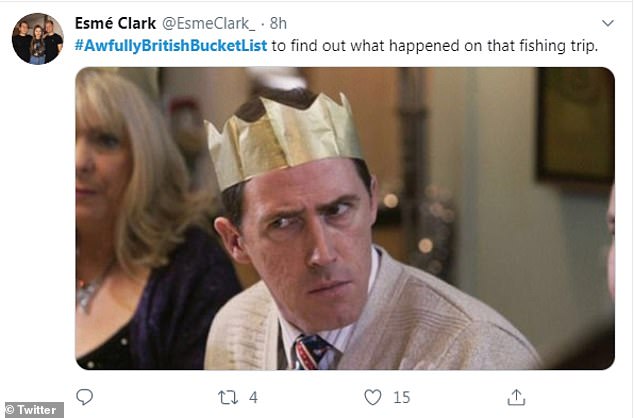 One person, believed to be based in the UK, wants to find out what happened on the fishing trip mentioned on sitcom Gavin and Stacey, between Bryn West and his nephew Jason 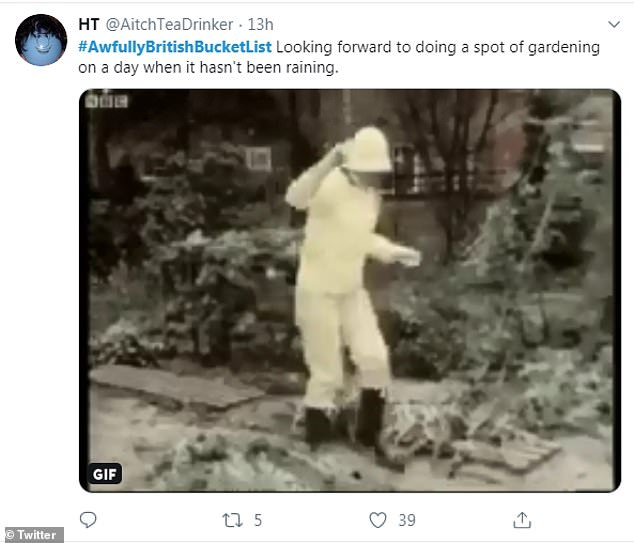 With the weather often being completely unpredictable, one British person would love to do a spot of gardening when it’s guaranteed not to rain 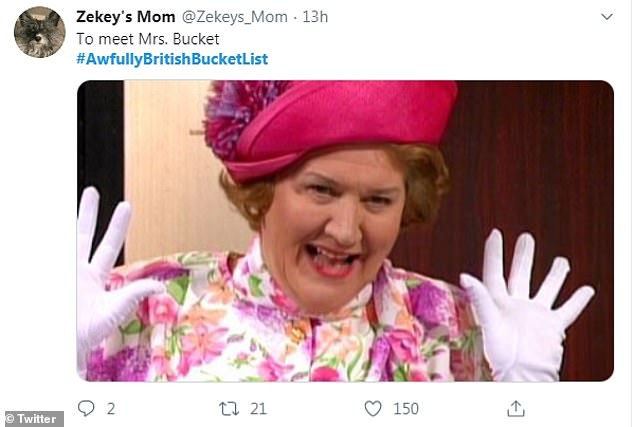 Iconic British sitcom Keeping Up Appearances was mentioned by many social media users sharing the hashtag, as the main character’s name was Mrs Bucket 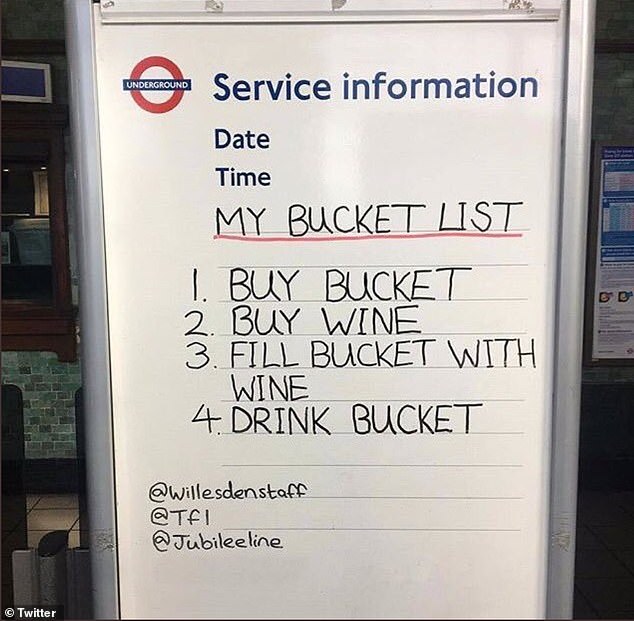 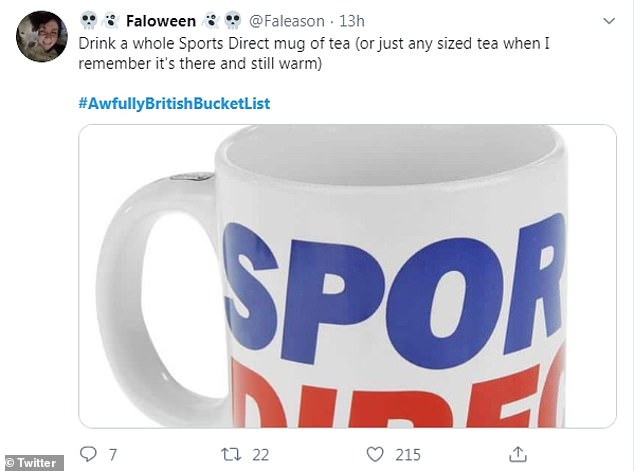 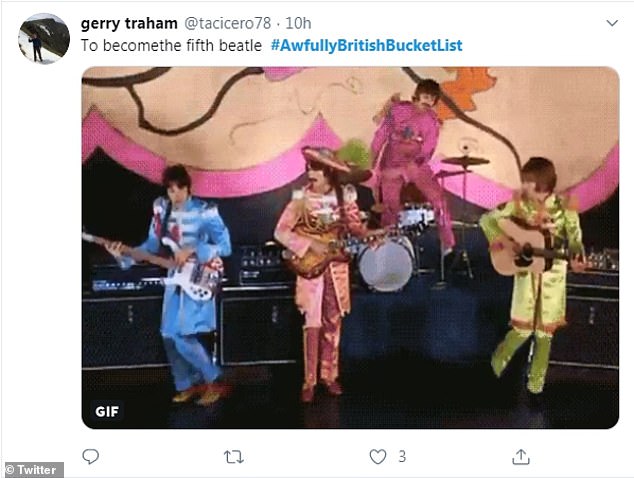 A man, apparently from the UK, suggested that anyone’s British bucket list should include a dream of being the fifth member of The Beatles