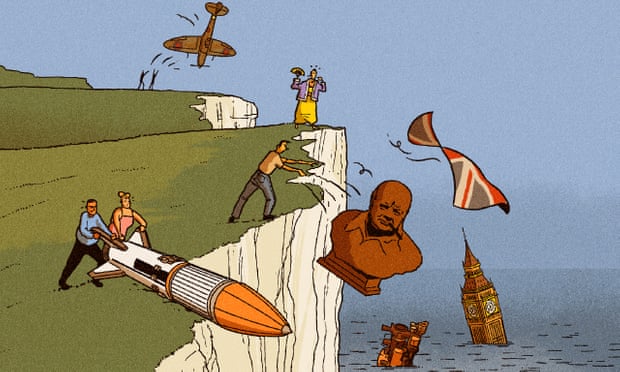 I have a young friend who has a catchphrase. “Everything must go!” he says, like an auctioneer at a closing-down sale, “EV-ER-Y thing must go!” What items does he have in mind? All those institutions, traditions and cultural phenomena that coddle Britain – England, mainly – with the delusion of invincibility or simply make it too pleased with itself, with consequences that are plain to see.

My young friend is rather a Jacobin about these things: he takes few prisoners, and goes further than I would. But then, with a life ahead of him darkened by unaffordable house prices, Canada minus-minus and climate disaster, he has more reason to be angry and impatient. His list is always growing. This week we added …

Humour. “At least I’m demonstrating that we’re all British,” said Philip Hammond after a passage in his budget speech about new tax exemptions for businesses that have public toilets, a speech in which, to the indulgent groans of his audience, he managed to deploy many words associated with lavatories: relief, leak, convenience, and so on. In a similar “I can make/take a joke” fashion, Theresa May did her little onstage dance to Abba at the Tory conference. In their belief that jocularity is the route to public approval, they echo a desperate philosophy enshrined in 1950s self-help manuals and the management of Virgin Trains, who brought us the talking toilet.

The giggling has caught on. ScotRail’s refurbished high-speed train fleet, now entering service, has the slogan “A clean train is a bonnie train” on its litter bins, and “Stay out – live haggis transport” on the door of the onboard catering store. When was the haggis joke ever funny? Why do public transport systems want to be fun? Good questions, though a better one relates to a more fundamental aspect of these trains, some of which have revived the habit of dumping human excrement on the track. A metaphor for our priorities, surely.

In an interview five years ago, Martin Amis noticed in Britain “a perverse desire to be trivial”. Every day his remark grows truer, and with it comes the second item on our list … 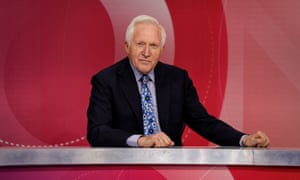 Make-believe. How many people understand the scale of British technical decline? On the BBC’s Question Time, from Barrow last week, politicians of all parties spoke warmly of a shipbuilding industry and a company, BAE Systems, that was second to none. But the recent history of warship-building suggests all is far from well, while the last merchant shipyard on the Clyde is running late with its orders and has had to recruit skilled workers from eastern Europe. “World class” and “fit for the 21st century” are empty boasts that ignorance, sentimentality and unthinking patriotism allow to go unchallenged.

The Question Time panel showed another kind of shrinkage: rarely have its debates been so dull and inarticulate. To look back at Will Self, Peter Hitchens, Shirley Williams and Michael Heseltine is to see giants from another age. When David Dimbleby goes, Question Time should too.

The Barrow venue was pertinent to our list. Nuclear submarines keep most of that town in work. The four new ballistic-missile submarines of the Dreadnought class will be built at BAE’s yard there over the next 15 or so years at an estimated cost of £31bn. They will be built with American help and equipped with American Trident missiles; nevertheless they allow the UK government to persist with the expensive notion that it has an independent nuclear deterrent, and guarantee that the UK survives as one of the UN security council’s five permanent members.

Both things feed Britain’s appetite for meaning and self-importance – “punching above its weight” – and delay any realistic assessment of its modest role in the world economy and the weapons it needs to defend its population. “They must go,” said my young friend. “And, as we are speaking of weapons, the last operational Spitfires should join them.”

“Are you certain?” I asked, thinking of a previous age when we watched the Hitler Channel together in the afternoons. “Absolutely,” he replied, and added other souvenirs from the-war-that-Britain-never-forgets, including Where Eagles Dare (despite a witty monograph on the film by Geoff Dyer, recently published) and any more books about Churchill (despite one being written by a friend, Geoffrey Wheatcroft).

As for our architectural icons, the Palace of Westminster should become a museum, the Lords abolished, and the work of the Commons routed to a new building, its chamber configured less confrontationally, in the Midlands or the north, he suggested. The monarchy would survive in its present state until the Queen died, but then its serious reformation would begin.

“And I am not sure about Kent,” my young friend said, meaning the county with the white cliffs and Ukip leanings. “In what way unsure?” I replied. “Whether it should be on the list.” But he left it off in favour of other oddities such as the Channel Islands and the Falklands, whose sale to France and Argentina would remind British citizens of their humble station in life – like the penitent feels the lash – as well as raise money that could be productively reinvested in the wasted towns of the Welsh valleys and northern England.

His is a radical programme: even the apparently harmless railway enthusiast has not been spared. Britain, especially England, has railway enthusiasts in more profusion than any other country in the world, and with them more books and magazines about railways, more railway modellers, more preserved steam locomotives and – a recent development – more full-scale steam locomotives under construction by teams of volunteer builders. And yet most modern British trains – the kind made to be used rather than loved – are designed in Italy, Spain, Japan, Germany and Canada and, at most, assembled here by their foreign manufacturers. (The destruction of Britain’s train and locomotive industry was a too little noticed byproduct of privatization).

But why should railway hobbyists be included in our fire sale? Because their fondness for a glorious past pushes aside their interest in the future, other than as some dreamlike reincarnation of what went before, came his response. Britain, after all, invented the locomotive-hauled train.

Sometimes, I admit, my friend is too extreme. The other day he was in the kitchen listening to Classic FM – The Mikado, when Ko-Ko sings, “Taken from the county jail/ By a set of curious chances/ Liberated then on bail/ On my own recognisances/ Wafted by a favouring gale/ As one sometimes is in trances …”

“I love Gilbert’s lyrics,” I said, and repeated a few lines. “Sorry but he must go,” said my friend.

“Even Gilbert and Sullivan?”

“Even Gilbert and Sullivan. You don’t understand. Everything must go!”

• Ian Jack is a Guardian columnist 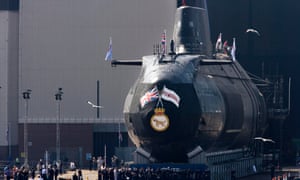