BREXIT 50p coins that were due to go into circulation to mark the UK leaving the EU on October 31 will be scrapped and recycled, The Treasury has said.

Three million of the coins were planned to be released to mark Britain's departure from the European Union. 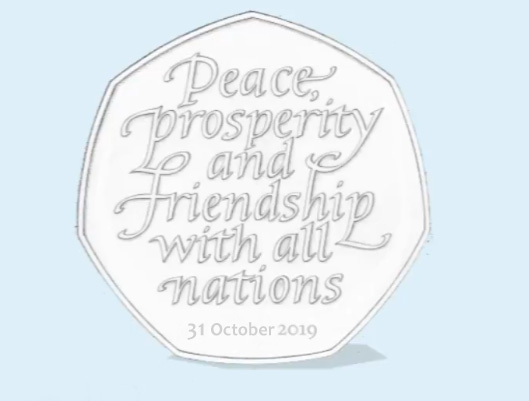 On the tails side of the coins was going to be the inscription: "Peace, prosperity and friendship with all nations", as well as the historic date the UK was due to leave the EU – October 31, 2019.

But the coins have been delayed for the second time as Britain's exit from the EU is pushed back with a three-month extension granted until January 31, 2020.

Brexit 50p coins had initially been due to be released on 31 March, 2019, although neither The Treasury or Royal Mint will confirm whether any of these coins were ever made.

The Treasury says the latest October batch will be recycled, which means they will be melted down and re-made into other coins instead.

THESE are the most valuable 50p coins currently in circulation that have recently sold for the most on eBay:

This rare commemorative coin was created in 2009 to celebrate the 250th anniversary of London’s Kew Gardens. Only  210,000 of these coins were issued and a quick check online shows up that a circulated coin with this design sold for £160 on eBay.

The coin was released in 2011 as part of a series of 50ps celebrating the London 2012 Olympics. Florence Jackson's drawing of a high-jumper made it on to the back of the coins after winning a competition hosted by kids' TV show, Blue Peter. Now they sell for up to £112 on eBay.

Olympics aquatic error coin, up to £62

Ahead of the coin's release in 2011, the Royal Mint redesigned the aquatics 50p to show less water crossing the swimmer making their face more visible. But an unknown small number of coins were accidentally struck with the original design and entered into circulation. One recently sold for £62 after getting five bids.

The Royal Mint released a new 50p when the UK joined the European Economic Community (EEC) in 1973 and when the UK held the EU presidency in 1998. One recently sold for £59 after getting 20 bids.

Olympic football offside rule, up to £33

Fifteen bidders battled it out to get their hands on the Olympic football coin on eBay. Released as part of the Olympic collection, the tails side attempts to explain the off-side rule. Eventually, it sold for £33.

It's believed only 1,000 prototype coins featuring October 31, 2019 have been manufactured, although The Treasury wouldn't confirm or deny this.

The coins were made from a metal called cupro-nickel, which is made up of 75 per cent copper and 25 per cent nickel.

But while plans for the Brexit 50p coin have stalled, The Treasury says it still plans to release them when Britain finally leaves the EU.

Brussels bosses have given the option of leaving as early as November 30, 2019 if a deal is approved by UK MPs – read our live blog for the latest on Brexit. 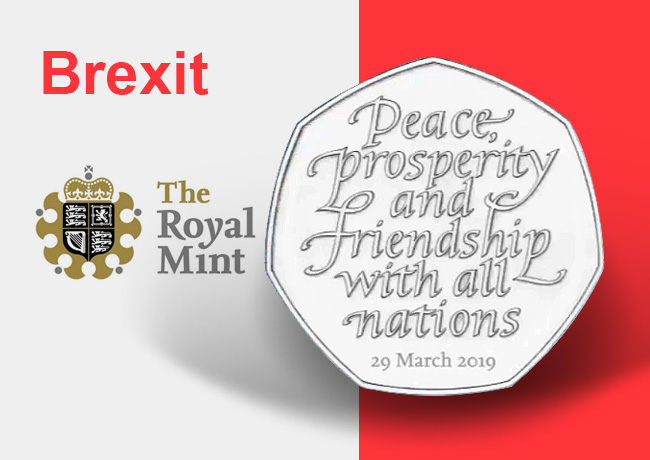 A HM Treasury spokesman said: “We will still produce a coin to mark our departure from the European Union, and this will enter circulation after we have left.”

The Sun has contacted the Royal Mint.

Coins minted with mistakes on them are super popular among collectors and can end up selling for far more than face value.

One of the most valuable error 50p coins is the aquatics design released as part of the London 2012 Olympics series.

An uncirculated one recently sold for £800 on eBay after attracting more than 40 bids.

The second most valuable error 50p is from the Falkland Islands minted with the wrong breed of penguin on it, which sells for up to £114 online.