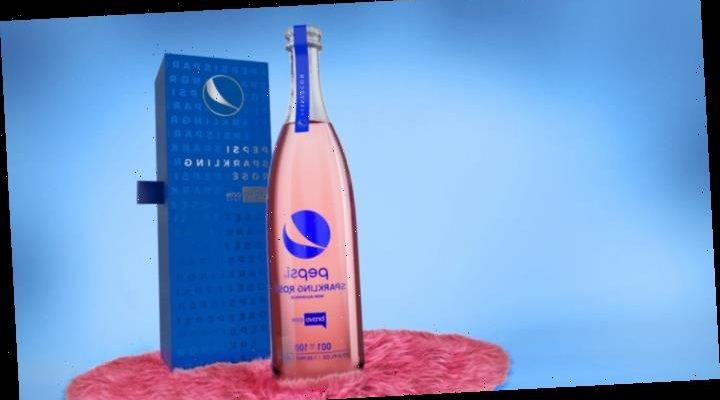 NBCUniversal is best known among advertisers for selling TV commercials. Now the media giant wants to burnish its reputation for selling something that is only tangentially related to the TV screen.

People who signed up for the company’s “BravoCon 2019” fan event, slated to take place between November 15 and November 17 in New York City, won’t just get to mix it up with Real Housewives, hear from nighttime host Andy Cohen and get a sneak peek of the next season of the cable network’s “Project Runway.” They will also have the chance to interact with a handful of brands sponsoring the extravaganza. Hotels.com will be woven into a brunch. State Farm is backing a “She Shed” relaxation area. And PepsiCo is bringing refreshments – including a special limited-edition beverage, Pepsi Sparkling Rosé, a non-alcoholic concoction meant to taste a little like champagne.

The event is a place “where superfans are all engaged,” says Todd Kaplan, vice president of colas at Pepsi, in an interview. “You want to play there.”

NBCU is the latest media company to recognize the value of talking to fans of its many TV shows even when those programs are not on the air. Media companies large and small have in recent years begun to curate big events that give adherents of their program schedule something to do tied to their favorite shows that requires more attention and thought than staring at a TV screen. In recent years, Viacom’s Comedy Central cable outlet has presented a series of “Clusterfests,” or three-day festivals that include appearances by comedians ranging from Amy Schumer to Trevor Noah. Nickelodeon has held a “Slimefest” that boasted visits by Zedd, Flo Rida and JoJo Siwa. AT&T’s CNN recently announced its intention to take its “Citizen” conference on the road, visiting so-called “battleground” states; future political debates; the Democratic and Republican national conventions; and various concerts and festivals with voter-registration efforts.

“We are building out our brands in even more powerful ways,” says Laura Molen, president of advertising sales and partnerships at NBCU, in an interview. “We will have more examples happening in the near future.” The partnerships aren’t always tied to purchases of TV ads.

The three-day BravoCon offers more than 30 different events, panels and performances across three New York venues and promises appearances by more than 85 regulars from its various series. Fans will get photo opportunities, the chance to scoop up merchandise based on Bravo concepts and a series of panels that highlight such programs as “Married to Medicine” or “Southern Charm.” There’s even a “Real Housewives” museum.

Executives have already seen interest from Madison Avenue in on-the-ground experiences with TV fans, Molen says. Stitch Fix, the online personal styling service, earlier this year set up a promotion around red-carpet coverage of the Oscars by E!, another NBCU cable property. The plan involved showing how the company brought some of the style of the event to everyday folks and was tied to a 60-second TV ad. NBCU has even commissioned research that suggests matching ad messages with fan events prompts “stronger engagement results,” says Molen.

BravoCon sold out in seconds and attendees won’t have to watch ads while taking part. Instead, they will be drinking and eating them.

PepsiCo is also bringing Lay’s Poppables to the event. The potato snacks will be baked into a display that gives fans the chance to act like some of their favorite “Real Housewives.” Pure Leaf, an iced tea that is distributed as part of a joint venture between PepsiCo and Unilever, will offer samples and special limited-edition bottles, while hosting a panel of Bravo producers. Pure Leaf is also hosting a ticket sweepstakes that gives fans to attend BravoCon and hang out with “Real Housewife” Kyle RIchards in a separate visit.

Hotels.com will back a “BravoPalooza Brunch,” a meal that gives fans the chance to have a meal with some of their favorite Bravo personalities, complete with custom-made hotel robes and a chance to take pictures that can be sent out via social media. The online-booking site will also sponsor a panel built around Bravo’s “Below Deck” series. Insurer State Farm is sponsoring a “She Shed” where attendees can relax, read books authored by Bravo stars and examine important props from some of the series, whether they be Lala Kent’s baby bottle or Scheana Shay’s sunglasses.

The Pepsi move to create a bespoke beverage is indicative of how far some advertisers will go to capture new attention from consumers. Kaplan, the Pepsi executive, says the new Sparkling Rosé is the result of work that involves various divisions of the company, including Pepsi’s research and development team. The drink has caffeine, he says, and “tiny champagne bubbles” that create an interesting drinking experience. Pepsi is issuing just 100 limited-edition bottles of the stuff, and will also offer samples at the event.