Bradley Cooper is now the proud winner of a British Academy Film Award, AKA a BAFTA, for his work in A Star Is Born. He and Lady Gaga won the award for Best Original Music, which means the BAFTA academy decided that the dynamic duo have created some truly iconic music for the film. While Gaga was at the Grammys during the Sunday, Feb. 10 ceremony, Cooper was on hand in London for the BAFTAs. And his speech was beyond emotional. It was so emotional that he even said some really nice words for his longtime partner, Irina Shayk. Bradley Cooper’s shoutout to Irina Shayk was so sweet!

During his speech, Cooper revealed that making A Star Is Born was a dream come true for him.

"I got to fulfill a dream I never thought would happen," Cooper said in his speech during the BAFTAs. "I share this with Lady Gaga tonight. The music was the heartbeat of this film."

After thanking Gaga, Cooper thanked his partner in life and in love, Irina Shayk.

"I also need to thank Irina for putting up with me while I was trying to make music in our basement for a year," he said.

How sweet that Cooper acknowledged how patient Shayk was with him as he navigated his creative process. Cooper and Shayk have been together since April 2015. In March 2017, Cooper and Shayk welcomed a baby girl, Lea De Seine Shayk Cooper. 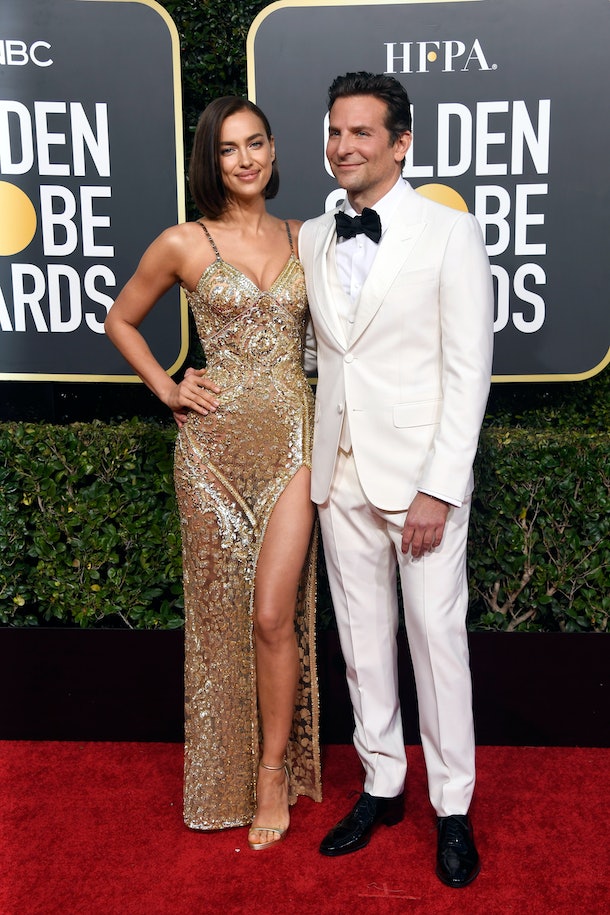 There’s no question that Cooper’s career has taken a very positive turn since he became a father and he actually credits having his own family for his recent successes. In a September 2018 interview with NPR, Cooper revealed that being a dad helped him seek creative projects that were more personal, such as A Star Is Born.

Cooper first talked about his journey toward more personal projects:

Then, he talked about how being a dad has opened him up and made him more vulnerable to accept the challenges of these projects:

It’s obvious that Cooper loves being a family man a lot and it seems like his passion for fatherhood has really paid off!