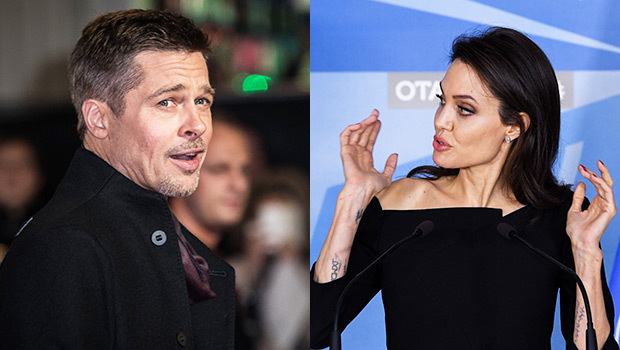 Brad Pitt and Angelina Jolie have been entangled in a bitter divorce battle for years, but things may be finalizing quickly and that day can’t come soon enough for him!

Brad Pitt, 54, and Angelina Jolie, 43, have been embroiled in a messy custody battle and divorce since 2016. And according to a Nov. 1 report, financials were at the root of holding things up in the years-long divorce. But Angelina reportedly took an important step in completing the divorce process when she recently turned over her financial information to Brad and his legal team. Now the A-listers may finally be on their way to finalizing the process and a source EXCLUSIVELY tells HollywoodLife that Brad is “praying for closure.”

“Brad is hoping his divorce from hell comes to a close asap,” the insider revealed. “Brad feels like throughout this long process Angelina has worked hard at making him look bad while taking out the kids all the time and doing everything in her power to make herself look like a saint and the good guy.” The Oscar-winning stars share six children — Maddox, 17, Pax, 14, Zahara, 13, Shiloh, 12, and twins Knox and Vivienne, 10 — however, their eldest son, Maddox, is exempt from the duo’s temporary joint custody arrangement due to his “age and maturity,” Judge Ouderkirk ruled. “As the never-ending divorce inches towards being finalized, with more paperwork being recently filed, Brad is praying for closure. He is hoping that once it is all over, Angelina will no longer have anything to hold over him,” the source added. “Brad is also looking forward to more healing, closure and finally moving past the ugliest part of their relationship, their divorce war.”

After two years of marriage, the Maleficent actress filed for divorce from the Fight Club star in 2016 after a fight during a flight from France into the US. The mother-of-six filed papers citing irreconcilable differences as the reason and a source close to the couple told TMZ at the time that Angelina was upset over the way Pitt was parenting their brood. Regardless of their tumultuous relationship, Angelina has been missing her ex and feels and “void in her heart.” On Oct. 30 a source told us that, “Every time Angelina feels she is over Brad, something simple happens and she is right back to missing him. The more time Angelina spends away from Brad, the more she realizes he may have been the last man she’ll ever love. There’s still a void in her heart.”