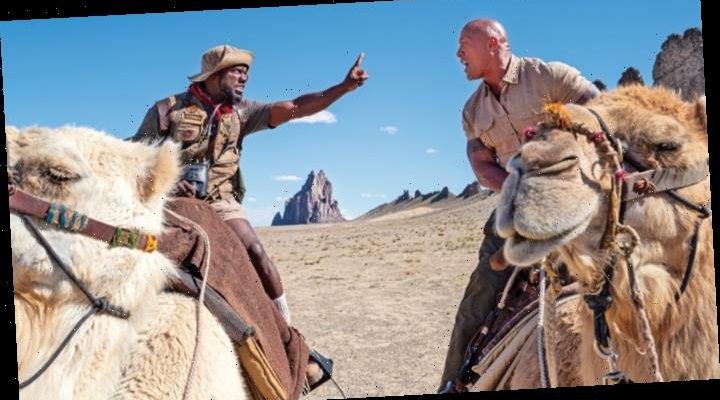 Will Christmas bring a fruitful box office bounty for Sony’s “Jumanji: The Next Level”?

The Dwayne Johnson and Kevin Hart-led sequel, which arrives in theaters on Dec. 13, is on pace to debut to $40 million to $50 million, according to early independent tracking services. Since tracking has been unreliably for sequels in recent weeks, Sony cautiously projecting $35 million over the three day frame. Sony’s estimates would be a disappointing start given the movie’s A-list cast and reported $125 million production budget.

Its predecessor, “Jumanji: Welcome to the Jungle,” launched to similar numbers — $36 million over the weekend and $52 million during its first five of release — over the same frame two years earlier. It became a surprise hit and stuck around in multiplexes well into the new year, ultimately earning $404.5 million in North America and $962 million worldwide. Success of the follow-up will depend heavily on whether or not the follow-up can recapture the same charm from the on-screen chemistry between Johnson, Hart, Jack Black and Nick Jonas. Awkwafina, Danny Glover, and Danny DeVito joined the cast for the sequel.

Sony still has three weeks to ramp up marketing efforts and build buzz around the all-audience offering. Moreover, holiday releases don’t always deliver robust openings but can collect a substantial bounty by the time the new year rolls around. Like “Jumanji: Welcome to the Jungle,” the tentpole will again have to compete with a ” Star Wars” movie. Disney and Lucasfilm’s “Star Wars: The Rise of Skywalker,” which opens Dec. 20, is expected to be a massive draw for a broad audience.

“Richard Jewell,” a biographical drama about a suspect in the 1996 Olympic bombing, is expecting a $10 million start. Likewise, “Black Christmas” is hoping to hit double digits in its debut.

Hollywood is banking on big-budget offerings like “Jumanji: The Next Level” and “Star Wars: The Rise of Skywalker” to boost overall revenues. Domestic box office ticket sales are down over 6% from last year, but a lucrative holiday season could help narrow that gap.