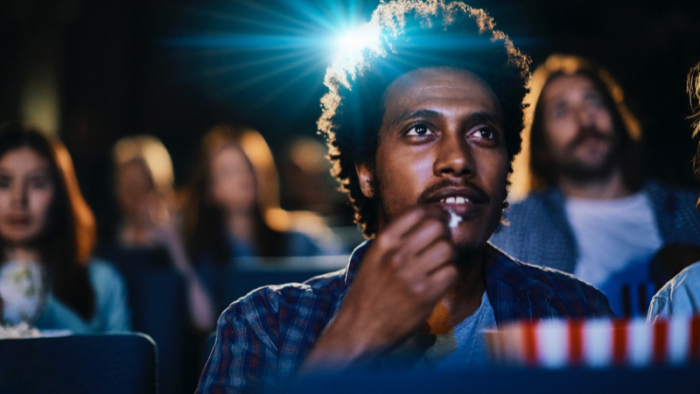 Opening weekend ticket sales have typically been critical to a film’s success or failure, so marketing campaigns tend to focus on driving movie buyers in for that 72-hour timeframe. In fact, studios have nearly abandoned marketing a film past opening weekend.

That stems partly from the revenue split on grosses; studios receive the highest percentage of ticket sales at the start of release and their share tends to decrease over time. Also, it still means something when a film has buzz as the “number 1 movie.” Moreover, it has been difficult to know what could move the needle after the opening weekend.

However, more than 50 percent of all box office revenue in 2018 came from ticket sales after opening weekend. With better measurement capabilities, the real impact of additional promotion is becoming better understood. When studios set aside a small portion of their overall budget to extend their digital marketing campaigns beyond that first weekend, they can have substantial, trackable results. We at Conversant are seeing that strategy pay off.

Currently, movies stay in theaters for an average of four weeks. To keep driving revenue during the theatrical window, movie marketers need to think about how advancements in technology and scale can make their digital marketing more efficient and accountable. But to do so, it’s critical to find a partner that has the right technology and expertise.

At Conversant, we’ve run more than 50 media and entertainment campaigns, working on a wide range of movie releases, always with the goal of driving a movie-ticket purchaser to the box office for opening weekend. In our box-office best practices report, The New Era of Box Office Digital Marketing, we identified an even greater opportunity that coincides with your opening weekend goals.

When studios invest in week two push, they get noticeably larger overall returns. It takes only a nominal investment to extend digital marketing budgets through the week following opening weekend and keep messaging people who likely to convert in that second-week period. And the data shows that bigger the spend, the more people are reached.

Why extend the campaign?

Movie marketers generally refer to the second week following a film’s wide release as “week two” or “boost week.” With the campaigns we at Conversant have run with major studios, we see significant results when they invest marketing dollars in that week two campaign.

This means that movie marketers who dedicated even a modest amount of their budget during week two saw enhanced results. The effort made at this stage is not only about communicating with people who did not convert in the initial pre-opening weekend campaign. It’s also filtering out those who already purchased tickets and adding new ticket-buyers into the messaging mix.

Content is more abundant and widely accessible than ever before, which means people consume content virtually anywhere. This has changed the game for movie marketers. By modifying spend to be more in line with behavior, valuable segments can be reached during week two and beyond. Moviegoers want to watch movies when it is convenient for them, and data confirm that time is not always opening weekend. Many avid movie-ticket buyers deliberately wait until after opening weekend to see a new release, so the right audience for a film may need that extra week to convert and actually purchase tickets. Taking this into account will add to the campaign ROAS and box office bottom line.

The next step is using data to determine the time and place, because an extra week of advertising has the most value when it’s identity-based. For marketers who plan to include a week two campaign, it’s critical to know who will respond to this part of their campaign. Movie marketers need to identify real moviegoers across devices, and through online and offline behaviors, in order to find the right audience of in-market ticket buyers. They also need to coordinate and control for frequency across the efforts of opening weekend to that of week two, and across display and video.

Because studios lack transactional data, many struggle to understand if they are using their advertising spend effectively. Verified, deterministic transaction data (not just probabilistic modeling or location data), persistent IDs and third-party matching allow movie marketers to accurately identify those most likely to convert. Then, once individuals purchase their tickets, they can be suppressed from further messaging. At that point, their data also helps fuel the model that identifies those most likely to convert. Through precise suppression, marketers remove these consumers from the second-week campaign and more efficiently allocate their marketing spend toward new potential movie buyers.

Accurate identification isn’t just for the week two campaign— it plays a key role in all campaign strategy and planning. Using people-based identity data, movie marketers can build campaigns around audiences of known movie buyers who are also likely to be interested in the movie being promoted.

The biggest predictor of someone going to a movie is their past behavior. One out of every four people in the U.S. and Canada claim they never go to the movies, so if a movie marketer isn’t starting every campaign with this parameter in mind, they’re wasting a quarter of their ad spend on people who will never show up to the theater. Movie marketers need to be smart about what attributes will indicate whether someone will go to their movie: Does this person go to the movies at all? When was the last time they went to a movie? What movies have they seen in the past? What other kinds of video content do they regularly engage with?

Frequent moviegoers are the most valuable segment for movie marketers, so accurate identification is critical. These individuals represent almost half of tickets sold in the U.S. and Canada. They also own more technology products than the average population, which makes cross-device ad serving and measurement more complicated, but also very important, for connecting with them. Being able to reach these moviegoers on their tablets, phones, laptops, desktops and connected TVs is crucial to control for reach and frequency. And it’s important to apply that thinking to media across the entirety of all digital and mobile content, not just social media.

With accurate identification practices, marketers filter out the groups that are unlikely to purchase, connect with the right groups on the devices that are most likely to engage with advertising, and suppress those that have already bought their tickets, while controlling for frequency at the unique level.
By extending campaigns beyond opening weekend and investing in identity-based marketing practices, movie marketers can better reach their most valuable customers. To learn more tips on getting people to the theater, download Conversant’s report: The New Era of Box Office Digital Marketing.