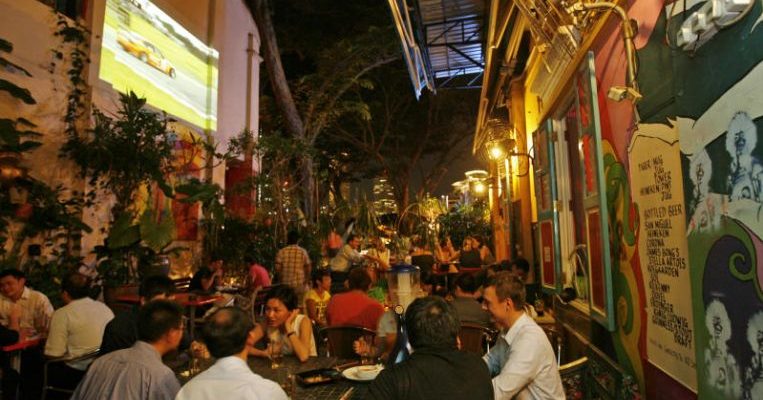 SINGAPORE – Blu Jaz Cafe will have its existing public entertainment licence cancelled after its appeal was rejected on Monday (Dec 31).

Located in Bali Lane, the outlet is a popular venue for live entertainment and performances, including music and comedy shows and poetry sessions.

On Thursday, the police said that the outlet had its appeal against the cancellation of its licence rejected by the Public Entertainment Appeal Board (PEAB).

The PEAB is an independent board comprising senior representatives from the legal, social, business and health sectors.

In a statement, the police said they understand that the PEAB weighed a variety of factors in arriving at its decision. These included Blu Jaz Cafe’s contribution to the arts and music scene in Singapore.

However, they also include its track record, its remedial actions and the severity of the overcrowding offences that resulted in serious public safety concerns.

On April 28 last year, the police found that there were more than 150 persons on the second floor of the cafe, which had an approved occupancy load of only 30 persons.

In a follow-up check on May 5, close to 200 persons were found on the same floor. This was more than six times the approved occupancy load.

The police said that such severe overcrowding would have posed major safety risks to patrons and staff, especially in the event of a fire, and could result in a stampede if there was a need for evacuation.

At the time, the outlet’s director Aileen Tan said they would be appealing against the cancellation.

The Kampong Glam community also rallied behind the cafe by sending letters of appeal to the police.

With the rejection of the appeal by the PEAB, the police will proceed to cancel Blu Jaz Cafe’s existing public entertainment licence.

While it will still be allowed to operate its cafe, it will not be allowed to provide any form of public entertainment on its premises from Feb 1.

Last October, Ms Tan said that if the appeal failed, the outlet would have to close down.

She said at the time: “The rent here is astronomical. Without entertainment, we will not be able to sustain it and will eventually have to close shop.”