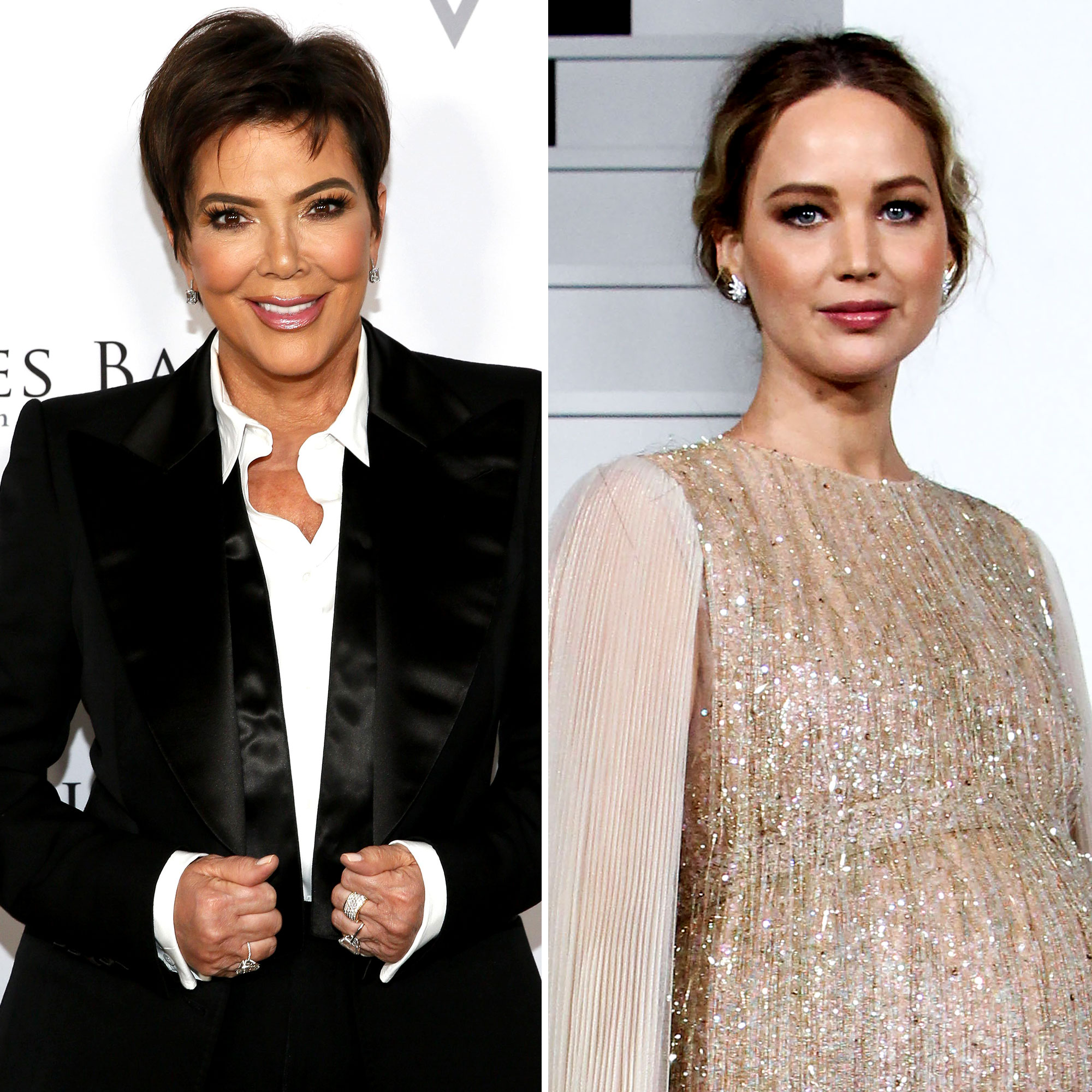 Part of the family! Kris Jenner revealed that she considers Jennifer Lawrence to be an unofficial daughter while speaking about her bond with the Oscar winner.

Celebrities Who Love to ‘Keep Up With the Kardashians’

“She’s beautiful. She’s such a good friend and I’m so proud of her,” the Keeping Up with the Kardashians alum, 66, gushed about the actress, 31, during an interview with Access Hollywood on Monday, May 9. “I really am. She’s like one of my kids. I’m so blessed to have her in my life, and she’s so happy [right now].”

Lawrence, a self-proclaimed fan of the Kardashian-Jenner family, first met Jenner when the matriarch surprised her on her birthday in August 2017. “She was a big Keeping Up With the Kardashians fan,” the Safely cofounder told Steve Harvey on Steve On Watch at the time. “And somebody from her team called me up and said, ‘Would you surprise Jennifer on her birthday and give her a birthday cake, like, you’ll be the surprise.’ When I walked out with this cake, she was so excited, and we’ve had this little texting friendship from then on.”

Once the pair quickly hit it off, the Silver Linings Playbook star was welcomed into the famous family with a wild dinner party, which she and Kim Kardashian reminisced about on Jimmy Kimmel Live! in November 2017. “Jennifer came over for dinner two weeks ago, I’ve never seen my mom more drunk in our lives,” Kardashian, 41, revealed at the time. “It was so funny. They had a few too many drinks for my taste.”

The Red Sparrow star then recalled stripping down in Jenner’s closet in order to try on some of the momager’s outfits. “I remember getting naked in your mom’s closet and ordering you to dress me,” Lawrence said, sharing a video from the night on the show. “I looked amazing, as you could see in that video. Is my memory correct? Did you call Kanye [West] to come up in the closet? Did you want him to style me?”

The Skims CEO responded: “And so I said, ‘OK,’ and then I come back in and you’re fully butt naked!”

Jenner confirmed Lawrence’s hilarious hijinks during her appearance on Steve On Watch weeks later. “We started having a few cocktails, and we were having so much fun. And as girls do when they all get together, we ended up in my closet, looking at clothes and some stuff, and she started trying some stuff on,” the California native recounted. “She just took off her jeans and went for it.”

In August 2020, the Kris Jenner … And All Things Kardashian author described Lawrence as her “favorite daughter” while celebrating her 30th birthday. “Happy birthday Jen,” Jenner wrote via her Instagram Story alongside a photo of the Hunger Games star giving her a kiss on the cheek. “You are the most amazing girlfriend, wife, daughter and my favorite daughter today!!!!!”

Jenner continued: “Thank you for your friendship, love and so much laughter my sides hurt. I love you so much!”