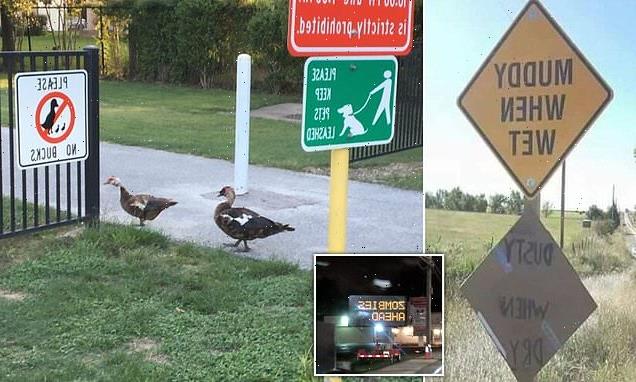 Who signed off on this? Bizarre notices and billboards will make you do a double take – including a warning of ‘zombies ahead’

All it takes is one spelling error or ill-thought-out phrase to completely change the meaning of an initially well-intentioned sign.

People all over the world have been sharing the funniest signs they’ve spotted whilst out and about – some of which have entirely lost their meaning.

Bored Panda has rounded up some of the most attention-grabbing signs, including a hairdressers called Curl Up And Dye and a set of fire doors that won’t allow people to escape through them.

Here, FEMAIL has selected some of the most hilarious signs to put a smile on your face… 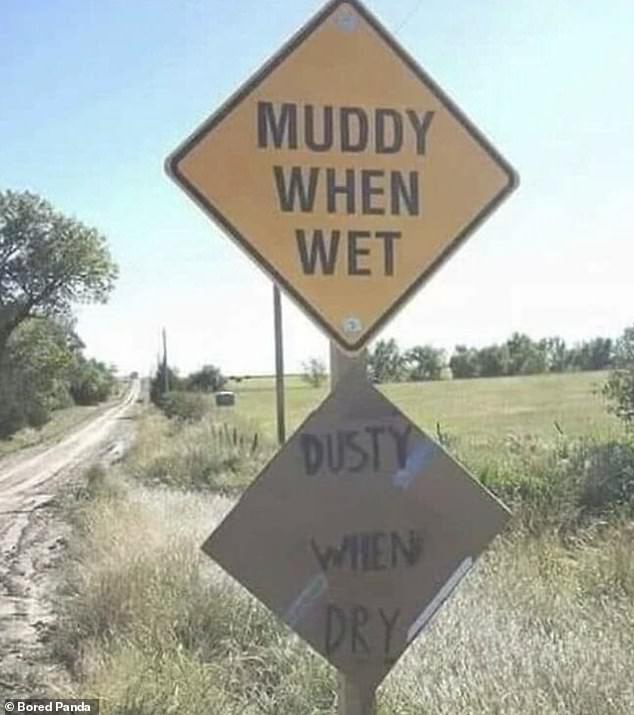 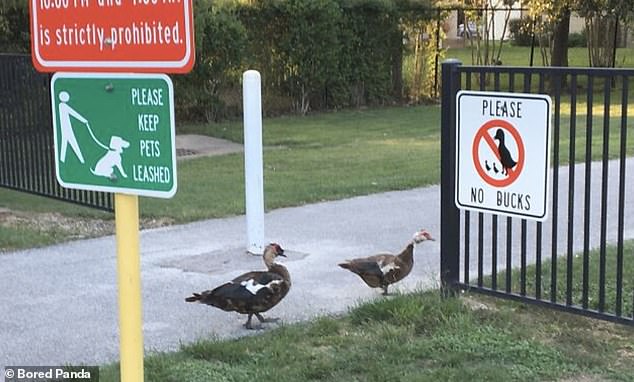 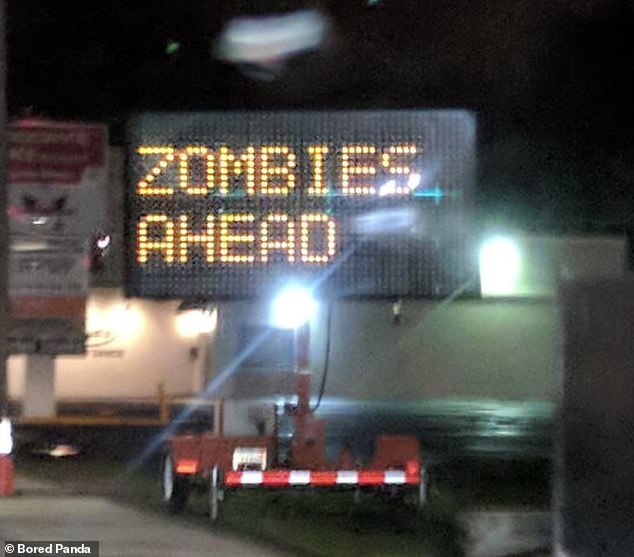 Turn around! Someone clearly decided to play a prank with this road sign but no doubt many motorists were concerned at the threat of zombies blocking their route 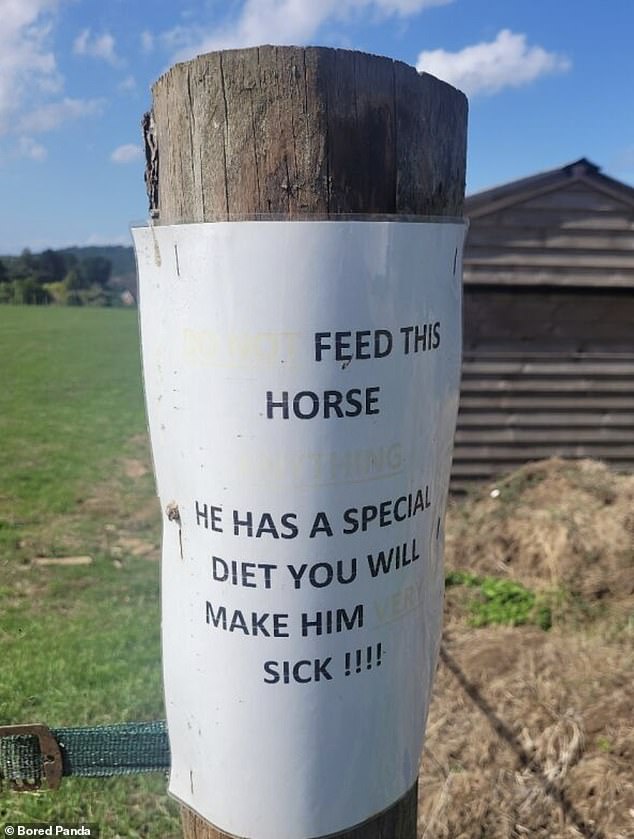 Neigh thanks! Some of the words on this sign were in red and faded in the sun, meaning passers-by could have been entirely misled by the message 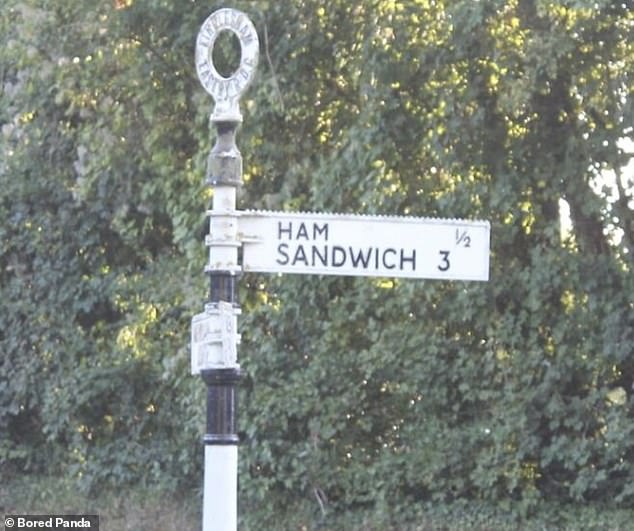 Hungry! This sign in Kent was spotted in 2019 by a tourist, which puts together the names of two towns called Ham and Sandwich 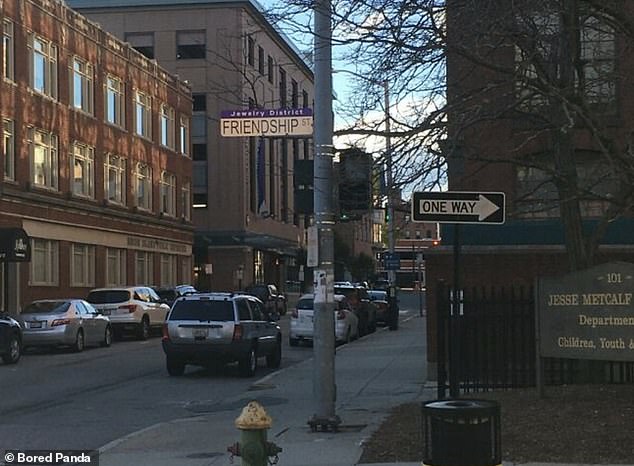 The ship that never sinks! This street sign, in Rhode Island, US, proves that friendship really isn’t a one way street 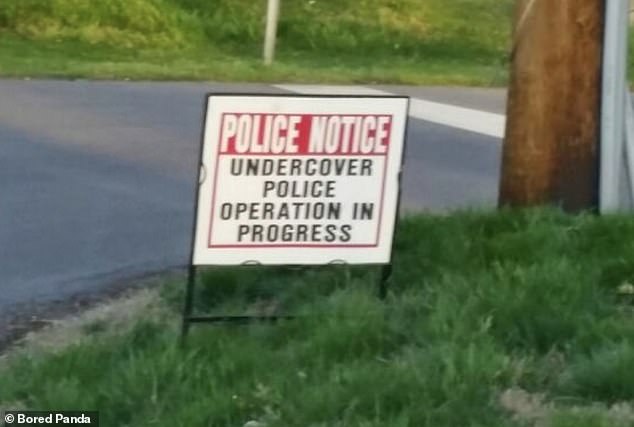 Yikes! This sign has blown the undercover police officers’ cover and warned people about their presence, which may not have worked out very well 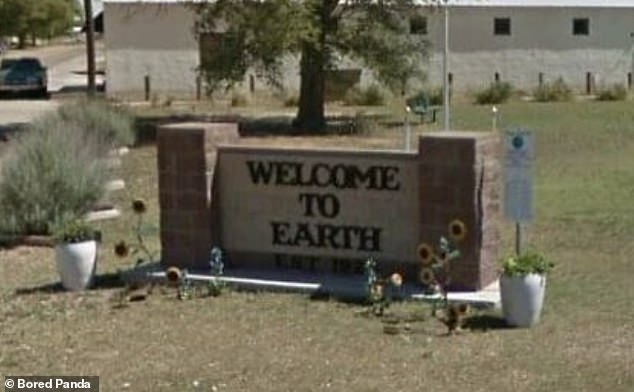 We come in peace! This welcome sign in Texas is a little bit vague, telling visitors they are on Earth, but not being much more specific

Run! This store, in the US, is presumably promoting picture framing – but you may want to enter at your own risk, as the comical sales technique is a little on the nose 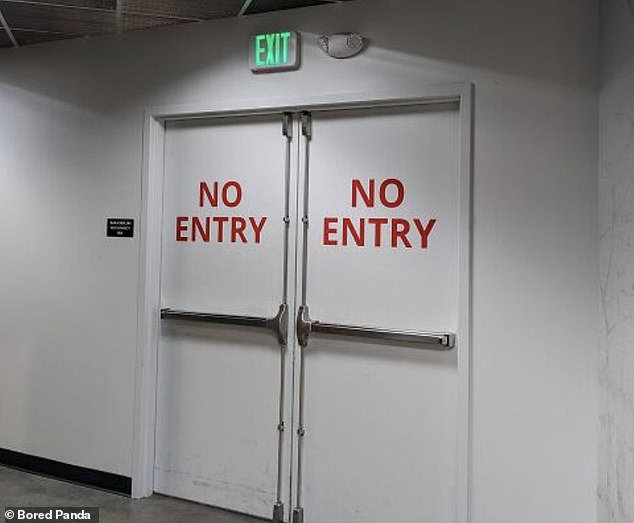 Confused! These doors send mixed messages to members of the public in this gallery with No Entry written on the fire exit doors 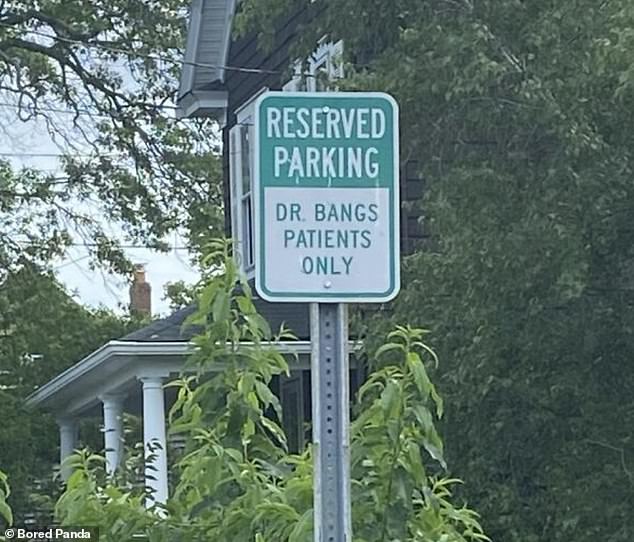 Candid! This sign spotted in the US is crying out for an apostrophe to clarify that the parking space is for the patients of Dr Bang