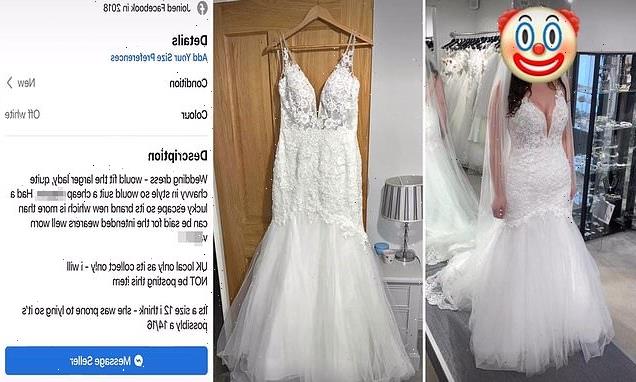 A man who advertised his ex-girlfriend’s wedding dress on Facebook Marketplace for £5 has gone viral on social media after describing the item as a ‘size fat’, and hinting that she may have been unfaithful during their relationship.

Posting under the handle @pduck11 on TikTok, Paula Hoops shared a screenshot of the advert posted by Christopher Carter, from Stockton-on-Tees. insulting his former partner throughout the description and hinting that their engagement was called off due to cheating.

As well as saying that the dress would ‘suit a cheap s*****r’ he added that the dress is supposedly a size 12, but is probably bigger because his ex was ‘prone to lying’.

There is no evidence any of the claims he made in the ad about the unnamed woman are true.

Many social media users blasted Christopher arguing she had a ‘lucky escape’ from him, however others sympathized with his fury if she had indeed been unfaithful. 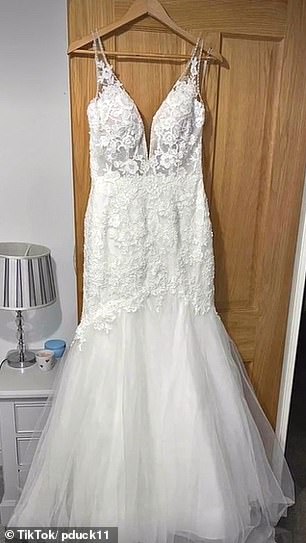 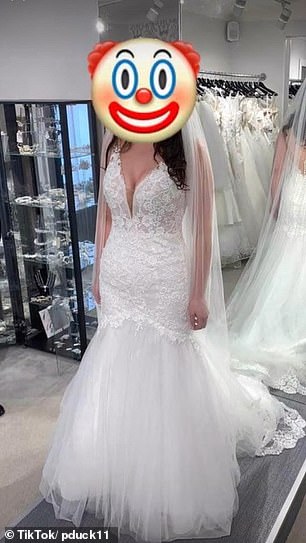 Christopher Carter, from Stockton-on-Tees, has gone viral on social media after listing his ex-girlfriend’s wedding dress (pictured) on Facebook Marketplace for £5 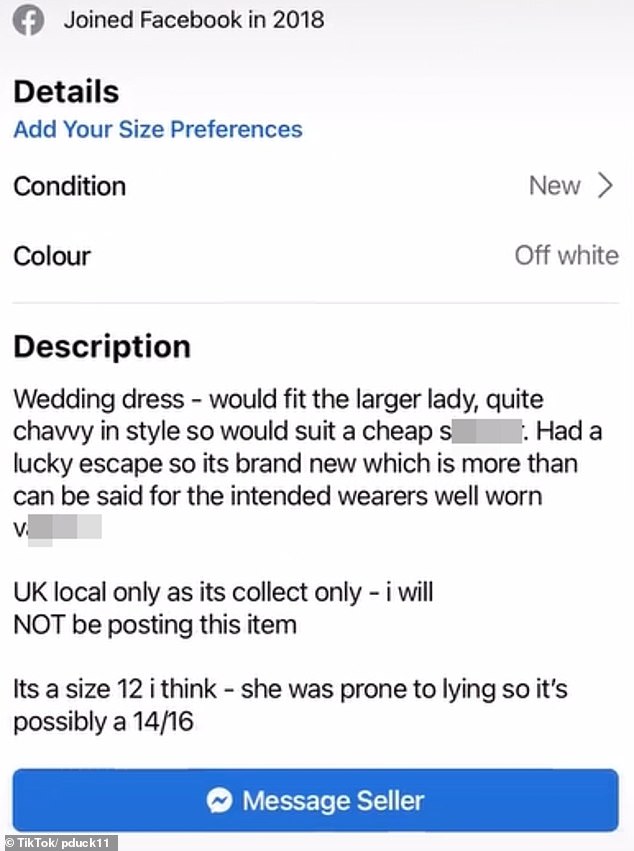 Christopher took to Facebook Marketplace with a selection of photos of the dress, including one showing how it looked on his former lover.

He told potential buyers that it’s available for £5 collection only but claimed to be unsure of the size because his ex was ‘prone to lying’.

Having listed the dress as a ‘size fat’, he described the item writing: ‘Wedding dress – would fit the larger lady, quite chavvy in style so would suit a cheap s******.

‘Had a lucky escape so it’s brand new which is more than can be said for the intended wearers well worn v*****.

‘UK local only as its collect only – I will not be posting this item.

Many social media users were left unimpressed by the advert, with one writing: ‘This says more about him than it does her.’

Another said: ‘She looks amazing in the dress and from the looks of it she had a lucky escape.’

‘No, but she looked stunning. I’m glad she didn’t marry him,’ a third commented.

However, others argued the woman seems to have cheated on Christopher therefore he has the right to vent about having a ‘broken’ heart.

‘Everyone thinking she had a lucky escape when sounds like he was cheated on. Who hasn’t said crap about an ex. Imagine fiance cheating,’ one wrote.

Another said: ‘Maybe she broke his heart and he’s venting?’

A third added: ‘All the ‘she’s had a lucky escape’ comments but if it was a girl trashing a guy’s car they’d all be hyping her up! Double standards.’

Other commenters defended Christopher, arguing he’s ‘venting’ because his ex broke his heart