Gone, but not forgotten. The family of the late Steve Irwin — widow Terri and children Bindi and Robert — opened up about their plans to honor the beloved Crocodile Hunter star in their new series Crikey! It’s the Irwins. 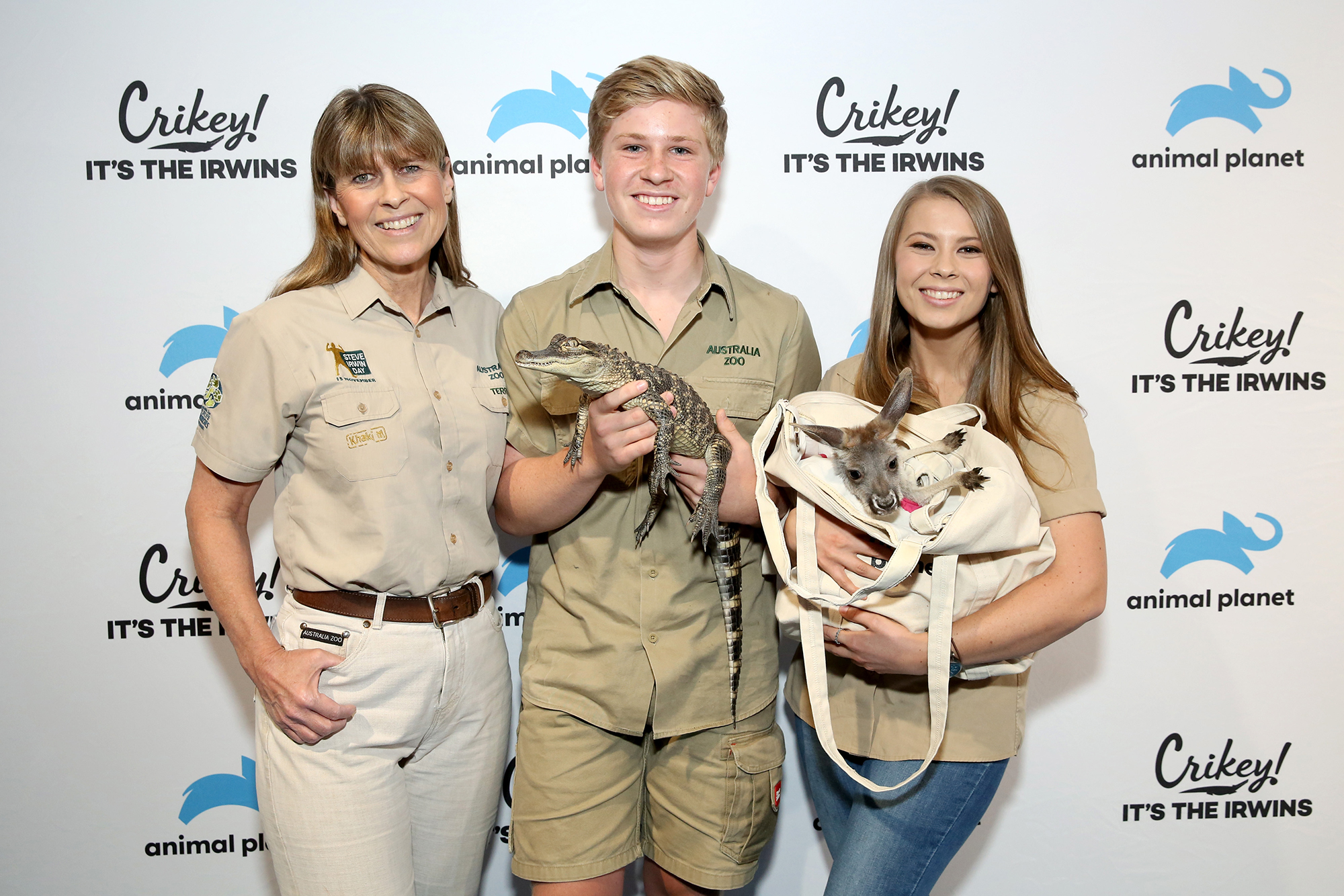 Of the Animal Planet show, which will give viewers an inside look into the family’s life at their zoo and home in Australia, Bindi, 20, told Us: “We’re able to reflect on the amazing times we had together and now moving forward — continuing on [in my dad’s] footsteps. We want to make him proud every single day. We’ve rescued and rehabilitated over 78,000 animals [and we] have conservation efforts in Africa, Sumatra and Tasmania.”

She continued. “For me, dad will always be my superhero. He was just the most amazing person, and everyone knew him as the ultimate wildlife warrior, but to me he was the best dad.”

Stars and Their Dads

For her part, Terri, 54, is hopeful that her family’s latest effort will strengthen the connection between humans and nature. “Steve was kind of the Gandhi of wildlife. He believed we should love all animals, and I think that’s what we’re kind of starting to slip away from. What we want to do is to continue his message and carry on with his legacy.” (Steve died in 2006 from a stingray injury.)

Terri added that her family likes to revisit episodes of The Crocodile Hunter. “It’s really happy memories. Robert was only 2 when Steve passed, and he’ll watch a show and he’ll go, ‘Oh my gosh, I remember this,’ and he’ll tell me something about the filming that’s not in the show, but that happened. I know it actually triggers memories for him, so it’s incredibly special.”

Adding to the sweetness, Robert, 14, says he sees a lot of himself in his father. “Whenever people say you look just like your dad … that’s the biggest compliment I could ever receive.”