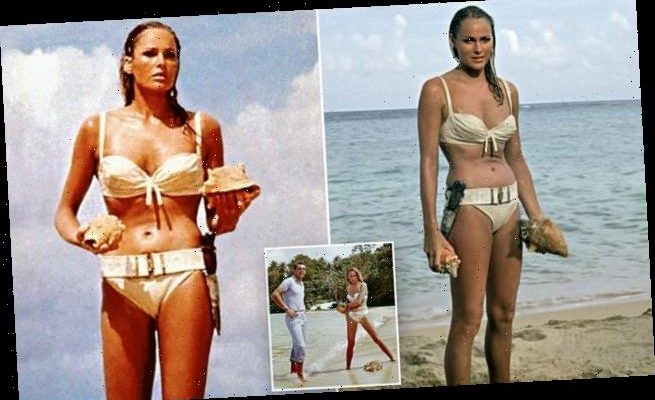 Even 007 would be impressed! Bikini worn by the first-ever Bond girl Ursula Andress in THAT iconic beach scene from Dr. No is set to sell for $500,000 at auction

James Bond fans may have to wait until next year for the next 007 adventure movie, but those with deep pockets can get their hands on one of the most famous items to feature in the films thus far: the white bikini from that iconic Bond girl beach scene in Dr. No.

The ivory colored bikini worn by Ursula Andress in the first ever Bond movie is set to go up for auction in Los Angeles on November 12, with an estimated price of up to $500,000, auctioneers Profiles in History said on Wednesday.

Andress, now 84, stole hearts the world over when she made her debut in the 1962 movie wearing the famous two-piece, becoming an instant pin-up from the moment her character, beachcomber Honey Ryder, emerged dripping from the ocean in the swimsuit.

Iconic: The bikini worn by Bond girl Ursula Andress in the 1962 movie Dr. No is set to go up for auction in November – when it is expected to sell for a staggering $500,000 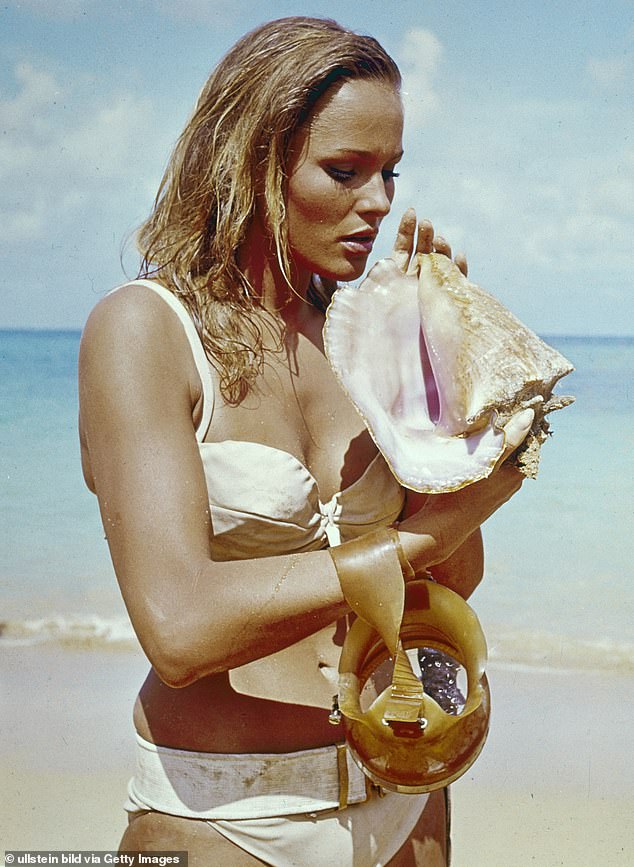 Unforgettable: Andress, now 84, wore the bikini in an iconic Dr. No scene that featured her character, Honey Ryder, emerging from the ocean – much to the delight of James Bond

The scene has been copied and parodied countless times since the movie’s release nearly six decades ago, and was even recreated in a more recent Bond movie by actress Halle Berry. 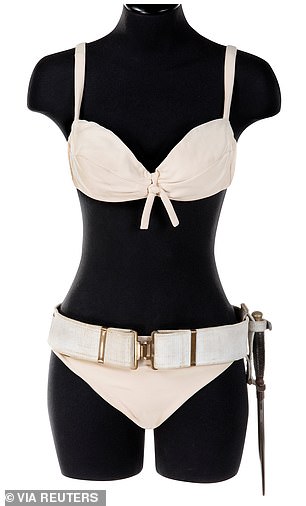 Snap it up: The bikini will go under the hammer on November 12 in Los Angeles

But while Berry certainly made a splash in her own rendition of the moment – which featured in Pierce Brosnan movie Die Another Day – no Bond girl moment has ever managed to top Andress’ iconic beach scene.

The career-making moment catapulted Andress, who was a relatively unknown actress at the time, to superstardom, and she has previously credited the bikini with ‘making her a success’.

‘As a result of starring in Dr. No as the first Bond girl, I was given the freedom to take my pick of future roles, and to become financially independent…’ the Swiss actress said back in 2001.

‘My entrance in the film wearing the bikini on that beautiful beach seems to now be regarded as a classical moment in cinema, and made me world famous as The Bond Girl.’

And of course the bikini itself earned its place among fashion’s most famous designs, with Profiles in History’s head of acquisitions Brian Chanes noting that the swimwear is ‘regarded as the most famous bikini in the world’.

‘It’s one of the most memorable scenes in the entire Bond franchise,’ he continued. ‘It helped bikinis become more mainstream and it started the whole Bond girl phenomenon.’

It is not the first time that the bikini has gone under the hammer, having first been sold at auction by Andress herself in London in 2001, when it was won by Planet Hollywood co-founder Robert Earl for a relatively-paltry $45,000.

The bikini is also not the only item that will be included in the latest Bond-themed auction.

Other lots include Roger Moore’s monogrammed pajama ensemble from Live and Let Die, which is estimated to sell for up to $15,000, the gray signature jacket worn by villain Ernst Blofeld in Diamonds are Forever, which is thought to be worth between $20,000 and $30,000, and Jane Seymour’s emerald psychic cape and headdress from Live and Let Die, which experts predict could fetch between $60,000 and $80,000.

‘Things from the Bond franchise are relatively rare especially the further you go back in time,’ said Chanes, saying he expected bidders to come from around the world. ‘With Bond especially it’s very much an international crowd.’

The auction will take place online and in Los Angeles on Nov 12-13. The next Bond movie, ‘No Time to Die,’ was last week pushed back from November to an April release in movie theaters. (Reporting by Jill Serjeant and Rollo Ross; Editing by Cynthia Osterman)

Justin Bieber Reveals How Many Kids He Wants To Have

Mike 'The Situation' Sorrentino and Wife Lauren Expecting First Child Together
We and our partners use cookies on this site to improve our service, perform analytics, personalize advertising, measure advertising performance, and remember website preferences.Ok