If you watched — and loved — Homecoming, the new Beyoncé documentary on Netflix, I have some good news for you. According to Variety, Bey and Netflix are have reportedly partnered up to bless the world with not one, but two more projects — all of which combined come with quite a reportedly hefty price tag. Beyoncé will reportedly release two more Netflix specials with a reported $60 million deal, so get ready for some major Bey time. Elite Daily reached out to both Netflix and Beyoncé’s representatives for comment on the reported Netflix specials and deal, but didn’t hear back by time of publication.

Beyoncé’s recently released Homecoming was the first of the three reported specials, taking audiences behind-the-scenes of her two-hour 2018 Coachella performance. Homecoming showed the entire performance, gave viewers glimpses of rehearsals and what had to be done to pull off such a substantial performance, and included voiceover by Queen Bey herself. Though Beyoncé was heavily featured in Homecoming and credited as executive producer, writer, and director, the extent of her involvement in the reported upcoming two specials is unclear. According to variety, Homecoming cost around $20 million to make and Netflix’s willingness to pay is ultimately what gave the streaming giant the upper hand over HBO, which was also vying for a chance to take on the project, according to Vulture.

Elite Daily reached out to both Netflix and Beyoncé’s representatives for comment on Beyoncé’s role in the specials, but didn’t hear back by time of publication. 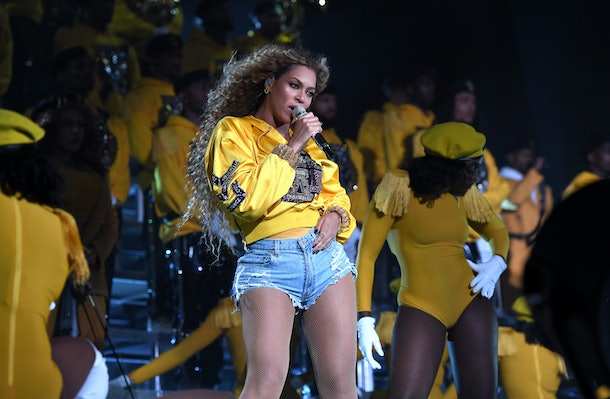 In typical Beyoncé fashion, the R&B queen surprised dropped a 40-track album also called Homecoming around the same time as the release of the doc. The album featured 40 tracks, most of which are live songs from the performance and two bonus songs at the end called “Before I Let Go” and “I Been On.”