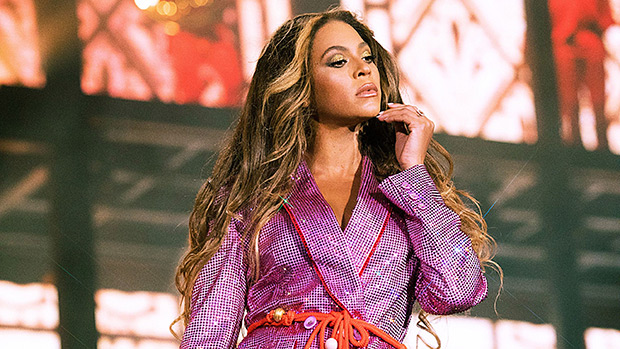 Beyoncé’s surprise appearance at Target won’t be a one-time thing, HL has EXCLUSIVELY learned. There’s a deeper meaning behind her visit to the big box store…yes, really!

Beyoncé’s trip to the Target in Los Angeles on Jan. 7 wasn’t a last minute resort. Seriously — the woman to receive the most nominations in Grammy history has been to the department store “before” and “she will again,” a source close to the “Drunk in Love” singer EXCLUSIVELY tells HollywoodLife. And it’s not just to make Twitter quake. “She likes doing what everyone finds regular because she wants to do regular things herself from time to time,” our source explains. “It can’t always be glitz and glamour.” Yes, even if you’re Beyoncé. And while we prowl Target for shelving units and hand towels we don’t need, Beyoncé finds more symbolism within those white-tiled aisles.

“It makes Beyoncé feel normal doing normal things like shopping at Target,” our source reveals. “She actually would love to do more of it. She misses regular life sometimes and it keeps her grounded.” Before Bey was a pop star, Coachella headliner and Destiny’s Child group member, she hailed from Houston, Texas, far from Hollywood. “To be connected to real life is something that Beyoncé cherishes so chances are we will see her out and about again just living her life,” our source adds. Next time you’re shopping for a box of Pampers, you might just see Queen Bey again!

Beyoncé also brought along daughter Blue Ivy Carter for the Target run on Monday. It was no ordinary day — it happened to be the little one’s seventh birthday! As expected, the shoppers at the Westwood neighborhood’s Target freaked at the sight of the legend gracing their aisles, and one shopper snapped evidence of Beyoncé’s presence. You can see the photos below! As our source pointed out, this isn’t the first time Bey dropped in at the department store. Twitter user @AnaEBaez revealed that the singer had visited a Target in March 2018, writing, “Sooooooo I saw Beyoncé at work today.” You can see also see that photo below!

Chrissy Teigen had the best reaction to Beyoncé’s Target trip. The Twitter queen sells her own line of knives at the department store, so she appropriately tweeted, “Beyonce you are so silly, I can just send you my new knives!!”