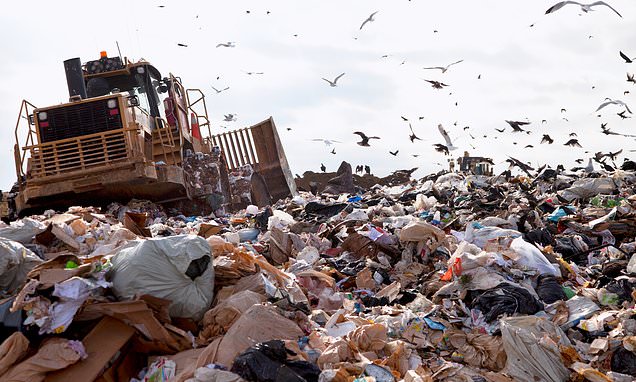 Most of us have woken up this morning ready for a New Year’s resolution, to live a little bit better in 2019. We intend to lose weight, drink less, exercise more.

I want to propose a national resolution — let’s stop throwing away a third of our food. It’s not just wasteful, it’s morally indefensible, environmentally catastrophic and economic madness.

Nearly all of us buy far more than we can possibly eat. And across the country, the waste is mind-boggling as retailers, restaurants, institutions and manufacturers daily dump unused food. We have to put a stop to it. 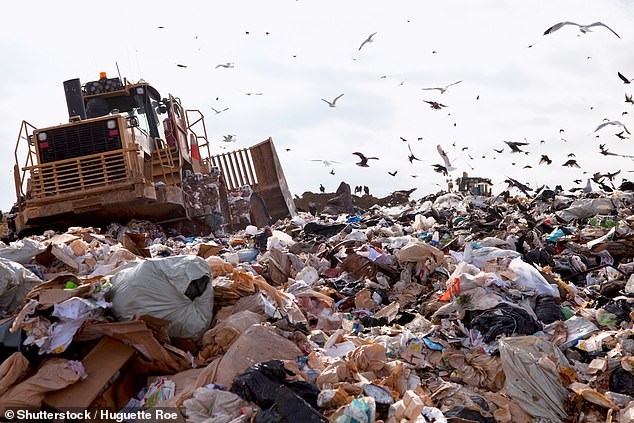 Across the country 10.2 million tons of food is sent to landfill annually — enough to make 250 million meals 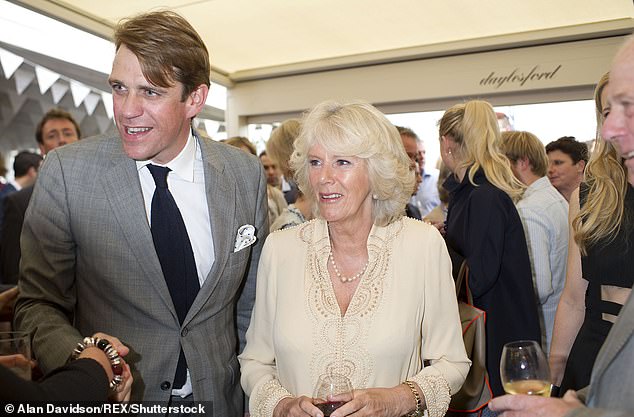 Pictured: Businessman Ben Elliot with his aunt, The Duchess of Cornwall, in June 2012

My goal as the Government’s waste champion, appointed last week to oversee the national £15 million fund to redistribute this food, is to halve the amount sent to landfill each year by 2030, and eventually eliminate it altogether.

Britain sends 10.2 million tons of food to landfill annually — enough to make 250 million meals, with an estimated value of £20 billion.

No wonder Environment Secretary Michael Gove has described this as a scandal.

In the food industry, retailers threw away £800,000 million worth of food and drink last year.

The manufacturing sector was worse, with wastage of £1.4 billion. But the worst offenders were the hospitality businesses including hotels, restaurants and fast food outlets. They dumped food worth £2.9 billion.

More shocking still is the amount wasted by households, which are responsible for 70 per cent of unused food.

UK householders spend £15 billion every year on food that could be eaten but isn’t. That’s an average annual cost to every home of £500.

It’s not a new problem: successive governments have been targeting it for more than ten years.

Between 2007 and 2015, household food waste was brought down by about one-seventh. It was a good start.

What I’ve discovered in the past few days is how many people feel as passionately about this as I do.

Yesterday morning, following the announcement of my appointment, I received more than 300 emails packed with encouragement, suggestions, advice and ideas.

Many people simply wanted to say they wholeheartedly support my goals and wish something had been done much sooner. Some had inventions to offer.

I love one proposal for a smartphone app that would let you post a message on social media: ‘Help! I’ve got two pints of milk we won’t drink. Can anyone pop round to collect?’ 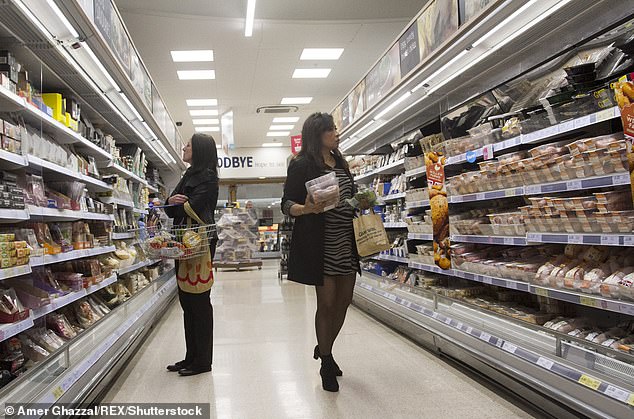 Nearly all of us buy far more than we can possibly eat. And across the country, the waste is mind-boggling as retailers, restaurants, institutions and manufacturers daily dump unused food. (Stock image)

Little things like that will accumulate to make a big difference. After all, people don’t dump 1,000 loaves in the bin one morning — but if one loaf is thrown away in 1,000 homes across a town, that has the same effect.

Other messages highlighted the problems of hidden poverty and hunger.

Many people are unaware of how welcome their unwanted food could be to an underprivileged family.

In the Sussex town of Lewes, for example, there are three food banks for a population of under 20,000.

If Lewes needs spare food that much, you can be sure it’s the same story all over Britain.

Local charities are doing a superb job and over the next four months will be able to apply for aid from the £15 million fund. Food banks rely on non-perishable donations, however, and the worst waste is in food with a short shelf-life.

I don’t pretend to be an expert. I’m an eager volunteer, who was brought up to believe that it is our responsibility to help society.

I am influenced by my parents, who came from a generation still influenced by World War II and the era of rationing that followed.

Waste was not an option when recent memories of egg and butter shortages would have made a casual attitude to discarding good food seem shameful.

Another great inspiration was my uncle Mark Shand, who dedicated much of his life to saving Asian elephants. When he died unexpectedly nearly five years ago, it gave me a terrific jolt and really spurred me on to voluntary work.

I joined the Felix Project, set up by Justin Byam Shaw in memory of his son Felix, who died in 2014 from meningitis.

Justin kept thinking about how concerned Felix had been, as a young boy, for children whose families couldn’t afford to give them breakfast.

Across London, nearly one pupil in five doesn’t get enough to eat and 70,000 go to school each day without breakfast.

To do something to honour his son, Justin set out to tackle the food waste crisis.

The scheme met with immediate widespread support. Van manufacturers, for example, donated several electric vehicles for distributing supplies to where they were needed — schools, community halls, churches, mosques, day centres and so on.

At least once a fortnight, I drive one of those vans around my home area, West London.

It disturbs me to see homeless people camping out in doorways and parks, many of them hungry, when I know shops and restaurants have food they can’t get rid of. And of course, this is a nationwide problem.

It worries me, too, to think of 70,000 children sitting in class with empty stomachs. How can they concentrate on lessons?

It’s not fair on them, their teachers or their schoolfriends. I have two children, aged six and four, and if they haven’t eaten they’re a nightmare.

We all feel the current situation is morally indefensible but, without a co-ordinated response, it’s difficult to change. Most councils, for example, have schemes for collecting waste food but they all do something different.

It’s crazy that we have no grand plan.

In France, the government reimburses retailers who ensure their surplus food is redistributed, while in Italy, supermarkets are fined if they throw food away when it could have been used.

I’m not advocating such state interference but I applaud their determination. We are ready to do the same here: there’s a mood in the air.

Look at how shops and restaurants have responded to the plastics crisis, which was brought into sharp focus by the Mail’s Banish the Bags campaign and Sir David Attenborough’s Blue Planet TV series. The country came together and took action.

Michael Gove deserves praise for his swift response, but so do all those who started recycling plastic with a passion. Now, single-use plastics such as straws are seen as antisocial.

Supermarkets can harness that mood. If they show themselves opposed to food waste, they will win customers over.

Above all, though, it’s up to us. We have to change our shopping and eating habits and stop wasting food. It’s time for a New Year’s resolution.

Ben Elliot is co-founder of the lifestyle group Quintessentially and the Government’s Food Surplus and Waste Champion.