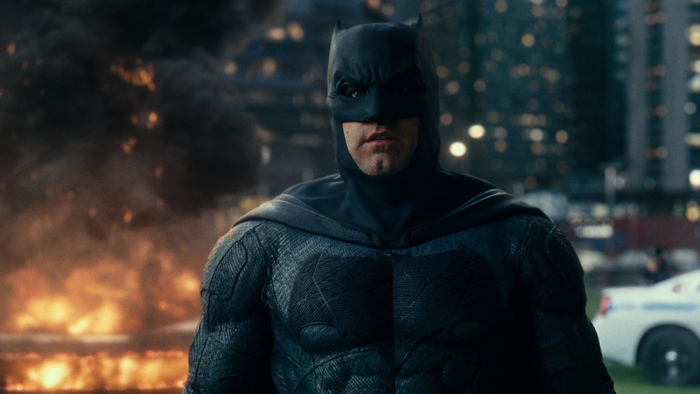 Ben Affleck is hanging up his cape and saying goodbye to Batman.

In an appearance on “Jimmy Kimmel Live” Thursday, the actor explained why he will not be returning as the Caped Crusader in the 2021 film “The Batman,” to be written and directed by Matt Reeves. Affleck is retiring from the role after playing Bruce Wayne in only three movies: “Batman v. Superman: Dawn of Justice,” “Suicide Squad,” and “Justice League.”

“I tried to direct a version of it and worked with a really good screenwriter, but just couldn’t come up with a version, I couldn’t crack it,” Affleck told Kimmel. “So I thought it was time to let someone else take a shot at it. They got some really good people, so I’m excited.”

Affleck also tweeted about the decision to leave the film he was originally slated to direct and star in on Jan. 30. “Excited for #TheBatman in Summer 2021 and to see @MattReevesLA vision come to life.”

Affleck says he gave it his best shot, but feels he isn’t right for the role anymore.

“Superhero movies get the level of attention that is nothing like any film I’ve done. You cast the 14th lead in these movies and the internet goes crazy,” Affleck told USA Today in a 2017 interview. “I understand and embrace that. That’s part of the pressure that comes with doing it. That’s why I am not going to do it, unless I really feel confident about it.”

In the meantime, Affleck will soon star in and produce an adaptation of Kate Alice Marshall’s novel “I Am Still Alive.” He is also committed to starring in upcoming film “Torrance,” a Gavin O’Connor-directed drama.

The new Dark Knight has yet to be cast.