IMAGINE it's 2010 and you walk into your local Post Office, slap £75 on the counter and ask for your money back in dollars.

The cashier would hand you $121.50 – nearly $18 more than you would get back for the same transaction today. 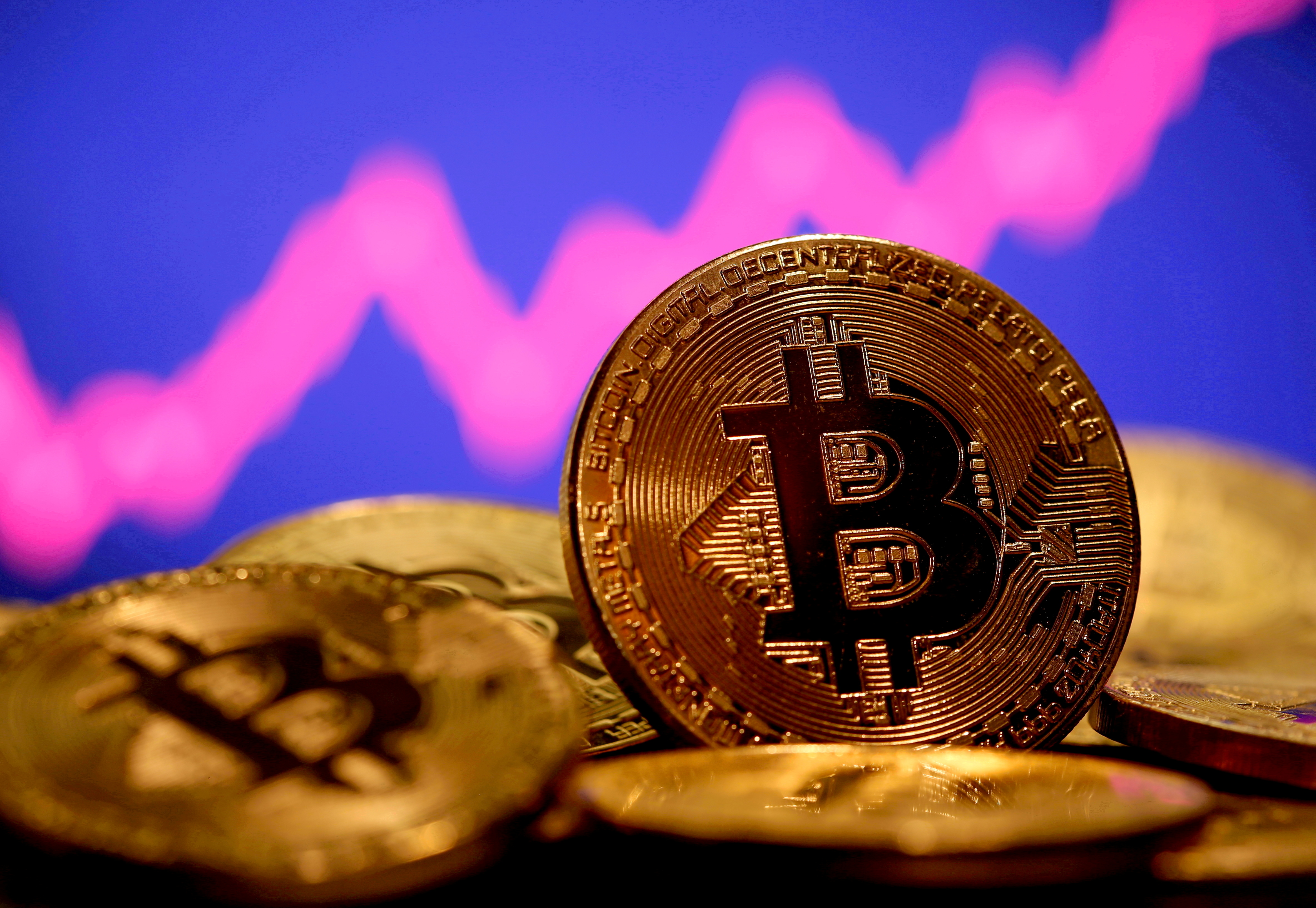 Since those early days, the online money has multiplied in value by hundreds and thousands.

But it has also taken a dive too.

Some financial experts reckon the value could rise further in the next few years.

Even top industry names including Elon Musk have shown their support, as he revealed Tesla would look at allowing the currency for transactions, once sourcing it becomes cleaner and greener.

But some investors grow more uncertain about the future of the leading currency as the value has recently tumbled and entered worrying lows.

So just how do you invest in the shadowy world of Bitcoin?

We explain everything you need to know, but first a word of warning.

Investing in Bitcoin is risky as the value of the cryptocurrency can go down as well as up.

You should only invest if you understand the dangers and have the money to lose if something does go wrong.

The cryptocurrency was making a huge leap in value until it had a wobble at the beginning of this year and plummeted in May.

This just goes to show how it can just as easily go down and lose its value.

Bitcoin became the world's first entirely virtual currency when it was introduced in January 2009.

Users cannot carry coins or notes and its value appears only as a number on a screen.

It was created by an online account which went by the name Satoshi Nakamoto.

When and why was Bitcoin created?

The cryptocurrency was introduced after the Great Financial Crisis of 2008.

It was made in response to the world’s reliance on banks for all financial transactions.

Bitcoin's founder, planned to create a peer to peer payment system that did not rely on third party confirmation.

This means banks couldn't get involved in any money exchanges.

How does Bitcoin work?

Each Bitcoin is a computer file stored in a virtual space like a computer or even more recently a 'digital wallet' app on a smartphone – a bit like ApplePay.

Transactions are recorded in a public list called the blockchain which makes them possible to trace.

That means people won't be able to spend coins they do not own, make copies or undo transactions without it flagging on the history channel.

What is Bitcoin mining?

The sums are becoming more and more difficult to stop too many Bitcoins being generated at any one time – that's why the value is so high too.

If you started mining now it could take years to get a single Bitcoin – it costs a lot in electricity bills too so you could end up spending more on your tariff than the currency is worth.

Why is Bitcoin popular?

Lots of people like the idea that it is a way of exchanging currency without the need for a bank. It's also efficient to use over the internet. There's a transparent set of rules too, which means less control from outside parties over your money. This can present its own dangers as well though.

Each Bitcoin transaction is recorded publicly so it's hard to copy the currency illegitimately, make fake ones or spend ones you don't own.

But it is quite possible to lose your online wallet or delete it by accident, and not be able to recover your investments.

There have also been thefts from some websites that let you store your Bitcoins too.

If you use Bitcoin for payments you should also know the price is extremely volatile.

The value could drop significantly at any moment and you could lose a lot of money.

It's also not regulated so you don’t have the same protection as other services where you might be able to take a complaint to an ombudsman.

How can you buy Bitcoin?

The most common way to buy the currency is to download a broker app such as Coinbase and Blockchain.

These allow users to use a credit or debit cards to exchange pounds for Bitcoin.

Users do not have to buy whole Bitcoins and can purchase a small percentage that matches the value of their cash investment.

Once a request has been made, online 'miners' will decide whether to approve the transaction.

If approved, the money will be taken from a user's account in exchange for Bitcoin.

When selling, users can use the same app to sell their Bitcoin in return for its cash value.

What can you buy with Bitcoin?

In its early days, Bitcoin proved relatively worthless – with one notorious example seeing an early pioneer paying for a pizza using two bitcoins.

At Bitcoin's peak however, that pizza would be worth the equivalent of around $126,000.

There are Bitcoin restaurants you can still use the money at, if that's how you wish to spend the cryptocurrency.

But you can also use it to buy something as big as a car or as small as a video game.

Elon Musk pulled the means of using the currency to buy a Tesla as the company explained how mining it was so poor for the environment.

You will be able to buy one of the cars with the crypto cash though once, 50% of mining is done with clean energy.

How can you spend Bitcoin?

You can only spend Bitcoin virtually and in online transactions currently.

It's not the same as cash and you can't use odd change from your built up bank to pay for your parking or buy lunch at your local cafe.

Certain websites and companies are offering use of the currency though like Microsoft.

But if you lose virtual access to your money you will lose all of your investment.

Brit James Howells famously threw out a computer containing 7,500 Bitcoins on its hard drive – the equivalent of a whopping $257,153,25 today.

As at the time only the computer the currency was bought on could be used to redeem it, the money was all but lost to Welshman Howells

The broken Dell laptop is now believed to be buried below a mound of rubbish at a tip in Newport, Wales.

The cryptocurrency market fluctuates all the time, but you can check its progress with our guide.

But more recently, the price of Dogecoin has seen a surge after Elon Musk backed moves to massively slash its transaction fees.

China is cracking down on crypto-mining though, which is resulting in the price of Bitcoin plunging.