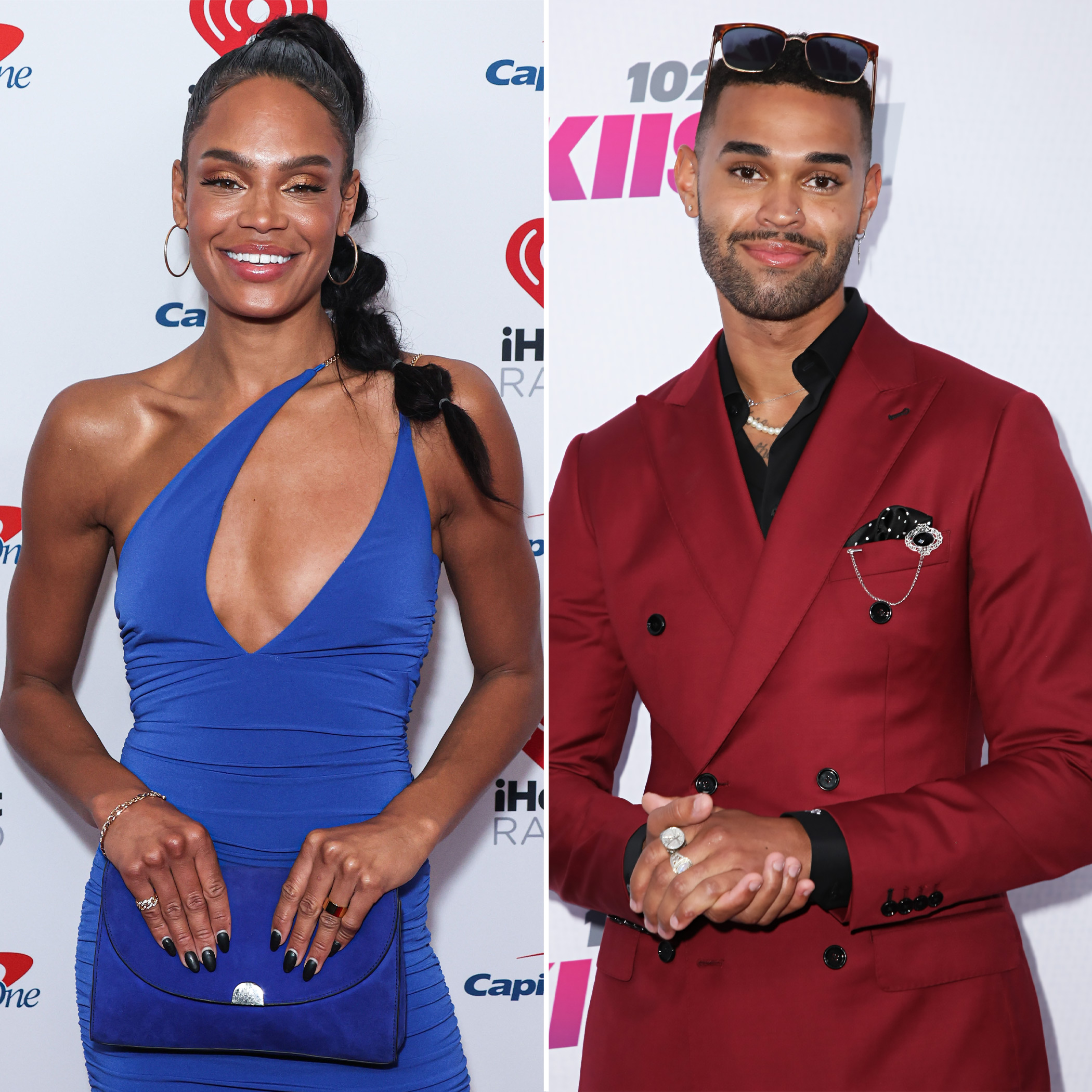 Bachelorette’s Michelle Young and Nayte Olukoya: The Way They Were

The reality stars all attempted the same dance trend in the clip — and Young, 29, left her unfiltered review in the comments section. “1, 2, 3, and 5 left no crumbs 🔥,” she wrote, referring to the order in which the men appeared in the video — and noticeably leaving out Olukoya.

Spencer reacted to the playful dig, replying with two wide-eyed emojis and an open mouth. When a fan pointed out Young’s comment, Olukoya was seemingly unfazed. “Aye yo 😂😂😂,” he responded.

The former couple got engaged during the season 18 finale of The Bachelorette, which aired in December 2021. Six months after the Canada native’s proposal was shown on ABC, the twosome announced that they called it quits.

Every Bachelor Nation Couple That Broke Up in 2022

“I’m struggling to say that Nayte and I will be going out separate ways but I stand with him in knowing the heaviness that is present in both our hearts as this relationship has been very real for us,” the teacher wrote via her Instagram Story in June. “To you, Nayte, you quickly became my best friend and the love I have for you is incredibly strong. I will never stop wanting to see you succeed.”

Olukoya addressed the breakup in a social media statement of his own, writing: “Michelle and I are going to move forward separately. Hearts are heavy, emotions are high and we are dealing with this the best way we can. When we both started this journey, we were looking for our soulmates. Our forever. Our best friends. However, as we grow and learn, we also really that sometimes somebody that you hold dear to your heart isn’t somebody you’re meant to spend the rest of your life with.”

Three months later, the sales exec shed more light on what prompted the duo’s split in a candid “Viall Files” interview. “Our relationship was tough. There’s lots of ups and downs, lots of arguments, lots of fights, and just not really clicking, not really seeing eye to eye,” he asserted, confessing that he missed the version of Young that he “fell in love with” on the reality dating series. “It was rocky. … Don’t get me wrong, we had amazing moments in between rockiness, but it was rocky.”

Everything Michelle Young and Nayte Olukoya Have Said About Their Split

The season 25 Bachelor alum, meanwhile, has stayed relatively tight-lipped about the broken engagement. While attending the 2022 iHeartRadio Music Festival in Las Vegas, however, she seemingly dissed Olukoya’s bombshell interview.

“I come from a family that’s very private, we’re not used to being in the public eye and especially not [used to] going through a public breakup,” she said on the red carpet in September. “It’s been really interesting. You know, you go through something and you think you know someone. … There’s just always so much that is constantly happening or [things] trying to resurface.”

Young added that she wanted to “find closure” and move on, noting: “All I can do, truly, is [remember] I know how things went down. I know the other person knows what went down, and I can stay true to myself and really that’s all that I can do. … [I’m trying to] really, truly block out all the noise.”