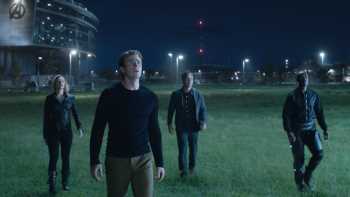 Marvel’s “Avengers: Endgame” is poised to complete its five-day opening weekend with a monstrous $329 million haul in China.

Provisional figures from local tracking service China Box Office point to a cumulative of RMB2.21 billion, including previews. At a conversion rate of RMB6.72 to the US dollar, a total of $330 million seems near at hand.

The film has dominated Chinese theaters in a fashion never seen before in the current multiplex era. In each of the five days, since its Wednesday outing, its market share has not dropped below 95%.

According to the provisional data, Thursday, a weekday not normally associated with record breaking, was the film’s highest scoring day, with a score of $83 million (RMB558 million). Its opening Wednesday delivered $79 million (RMB534 million). Those performances would appear to confirm that the “Avengers” franchise has built a real fan base in the Middle Kingdom. Fans have given the film high scores on social media and ticketing services. And industry observers have similarly, credited the Marvel franchise with strong marketing.

The huge score is sure to be welcomed by cinema owners, who had seen a generally slow first quarter of the year, and a Chinese New Year period which broke records, but did not rise to the heights expected.

Data from Artisan Gateway showed that China’s year to date box office prior to the “Endgame” release was more than 9% below 2018 levels. The shortfall was $300 million, suggesting that the comic book superheroes may also have saved the box office.