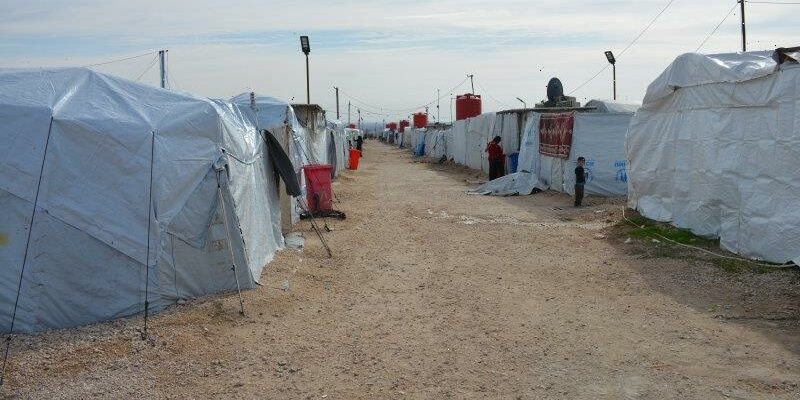 An Australian man is calling on the federal government to save his five-year-old granddaughter who is in a northern Syrian camp and critically unwell with shrapnel in her head.

It is more than 10 years since Islamic State’s “caliphate” in Iraq and Syria started to suck in tens of thousands of foreign fighters and their families, including hundreds from Australia. 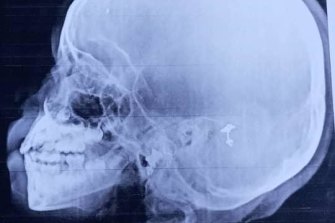 Doctors say the shrapnel in the head of Hodan Abby’s five-year-old daughter needs to be removed.

Among those were Hodan Abby, who escaped from her home in western Sydney with a friend when she was 18, entering Syria with the hopes of becoming a jihadi bride in 2015.

Hodan has been trapped in Kurdish-run camps for years with her daughter, who turned five in August. They are in al-Roj camp in northern Syria, in a section away from other Australians. There are believed to be more than 60 Australians in al-Roj, including about 40 children.

Hodan’s daughter, who was born in Syria, suffers from wounds she received when she was a baby, with shrapnel in her head, back and hip making it difficult for her to walk and causing delayed speech and development. Doctors have advised that she needs surgery to remove the shrapnel, but they are unable to provide treatment inside the camp.

Her grandfather, Abby Elmi Abane, who migrated to Australia with his family from Kenya in the late 1990s, said people in the camp were dying.

“There are very young children in an uncertain environment,” he said. “They are innocent. But we are worried that if they stay there, they are in danger. If they are forced to stay there, they will be exposed to radicalisation which is not good for anyone.

“They desperately need help. The children, my granddaughter, have been living in these conditions for years. Help is overdue.”

In the months leading up to her escape, Hodan posted online messages saying it was her dream to go to Syria and she wanted to “marry a mujahid [jihadi fighter] and die along with him as a martyr”. Her family says she regrets these actions and has renounced any extremist beliefs. The father of her child was killed some years ago.

If she and her daughter are returned to Australia, Hodan has agreed to be under a Terrorism Control Order, which would give the government powers to monitor her.

Hodan, 25, also has a piece of shrapnel in her chest, and doctors are concerned it may pierce her lung.

Humanitarian organisation Save the Children has written to Home Affairs Minister Karen Andrews raising concerns about the welfare of Hodan and her daughter, urging the government to repatriate them. 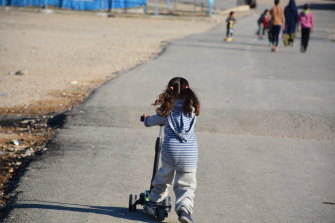 Children have been trapped in the al-Roj refugee camp in northern Syria for years.Credit:Save the Children

Mr Abane and his wife have also said they are willing and able to support the pair upon their return.

He said his granddaughter is “unable to walk properly, and she is in pain”.

“Her mum often has to carry her, but she is getting bigger and she can’t carry her forever,” he said.

“I plea with the Minister who has the ability to bring them home: they are Australian. These children are innocent. They need protection.”

A federal government spokesman said the government did not comment on individual cases, but that it was “deeply concerned about the situation in the internally displaced persons (IDP) camps in north-east Syria”.

“The government continues to monitor, as best we can, the welfare of Australians in the camps with the assistance of humanitarian partners,” he said. “The dangerous security conditions significantly limit our ability to provide consular and passport assistance.

“The government takes a case-by-case approach to the question of repatriation of IDP camp residents. Assistance offered by the US or any other actor would not remove the need for Australian officials to be present or to be exposed to significant risk.”

Save the Children Australia deputy chief executive Mat Tinkler said his organisation holds “very real fears for the lives of the Australian children trapped in Syria”.

“In the strongest possible terms, we urge the Morrison government to act before it’s too late,” he said. “Every minute these children remain in this camp is a minute lost by the Australian government to potentially save their lives.”