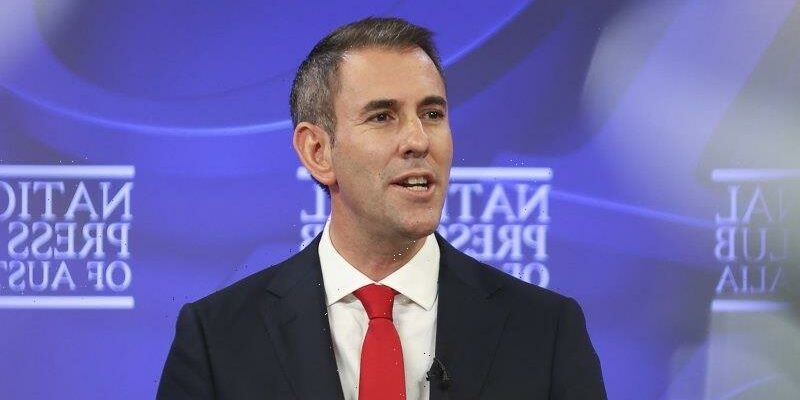 Labor will go into the election campaign linking any increase in mortgage interest rates to the federal budget and blowouts in government spending, with shadow treasurer Jim Chalmers warning the Coalition is risking the financial security of heavily indebted households.

Ahead of Tuesday’s Reserve Bank board meeting, which despite growing inflation pressures and a strong jobs market is expected to hold official interest rates steady at 0.1 per cent, Dr Chalmers will argue budget spending has to be as much about quality as quantity. 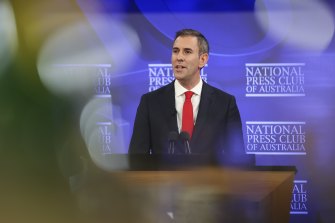 Shadow treasurer Jim Chalmers will use an address on Tuesday to argue the government’s budget is a threat to home buyers due to higher interest rates.Credit:Alex Ellinghausen

The last time the RBA, which currently holds $360 billion in government debt, lifted rates was in November 2010 as the economy recovered from the global financial crisis.

Last week’s budget contained an additional $8.6 billion in spending on one-off handouts, reductions in fuel excise and a $420 increase in the low- and middle-income tax offset to deal with cost-of-living pressures. The now $1500 offset will inject more than $12 billion into the economy in the second half of this year.

Despite a $125 billion lift in revenues due to the stronger economy, the budget is forecast to show a deficit of almost $80 billion this year and $78 billion in 2022-23, with debt to reach $1 trillion the following year.

Dr Chalmers will use an address to the National Press Club to argue that cash being “shovelled in the general direction” of voters on top of a fall in housing affordability and a 20 percentage point increase in the household debt-to-income ratio since the Coalition’s 2013 election means any future interest rate rise is a substantial risk.

He will say the budget is adding to those pressures because it is focused on the government’s re-election rather than measures that improve productivity or the quality of overall spending.

“We are acutely aware of rate hike risks and what this means for household and federal budgets,” he will say, noting Commonwealth Bank is forecasting that a cash rate of about 2.5 per cent, in line with market pricing, will push mortgage payments as a share of household disposable income to a record high.

“We know rising mortgages are bound to impact the recovery and the comfort of households in deploying the $250 billion worth of savings on their balance sheets. So we take these risks seriously.”

“We want to be judged on the quality of our spending, to the extent that it delivers the right kind of growth.” 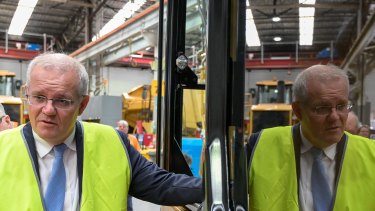 Scott Morrison, campaigning in Melbourne, says the election will be a chance to scrutinise Labor’s policies.Credit:Eddie Jim

Campaigning in Melbourne, Prime Minister Scott Morrison said the election would be a chance for voters to scrutinise Labor’s approach to the economy and budget management.

“They know is not a reality show, not based on who they like or don’t like. They know it is about the economy they will live in as a result of the decisions taken by the government,” he said.

“Our government has shown that we have been able to produce a stronger economy in the midst of the worst economic challenge and health crisis we have seen in 100 years on health and 70 years when it comes to the economy.”

The strength of the economy was again evident in the ANZ’s monthly measure of job advertisements, which increased by 0.4 per cent in March to be 57.5 per cent above its pre-pandemic level.

Senior ANZ economist Catherine Birch said there were also signs of people moving around for work, with 80 per cent of businesses reporting replacement or resignations as the reason for vacancies.

“Together these indicators point to further solid employment gains and upward pressure on wages growth,” she said.

That wages growth is expected to feed into already high inflation.

The Melbourne Institute’s monthly inflation gauge increased 0.8 per cent in March to reach 4 per cent over the past year. The monthly measure closely tracks the official measure of inflation, which is due to be released later this month. Its measure of underlying inflation, which the RBA targets, reached its highest level since 2008 at 1.1 per cent for the quarter.