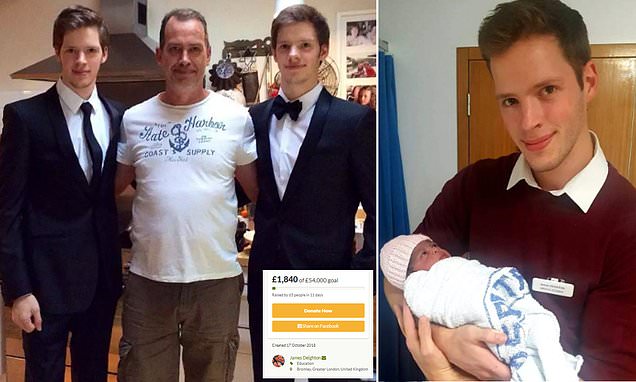 Twin brothers from a low-income family who are training to become doctors are CROWDFUNDING the £54,000 they need to finish medical school – because they’re not entitled to government funding

Twin brothers from a low-income family who are studying to become doctors are appealing for £54,000 in donations so they can finish their medical course.

James and Alex Deighton, 23, from Bromley, were awarded places at both Barts And The London School Of Medicine, and the University Of Southampton – costing £92,500 in total – after gaining first class degrees in Biomedical Sciences.

However, having paid for the first two years of their five-year courses with help from family and money from working, the brothers have set up a Go Fund Me page in the hopes of raising enough cash to pay for the remainder of their studies.

According to MSN, the twins – whose father works as a black cab driver and whose mother stayed home to raise them – are each already in around £45,000 in debt from their undergraduate degrees.

James set up the fundraising page eight days ago – explaining that they do not qualify for government funding – and has since raised £1,840 of their £54,000 goal. 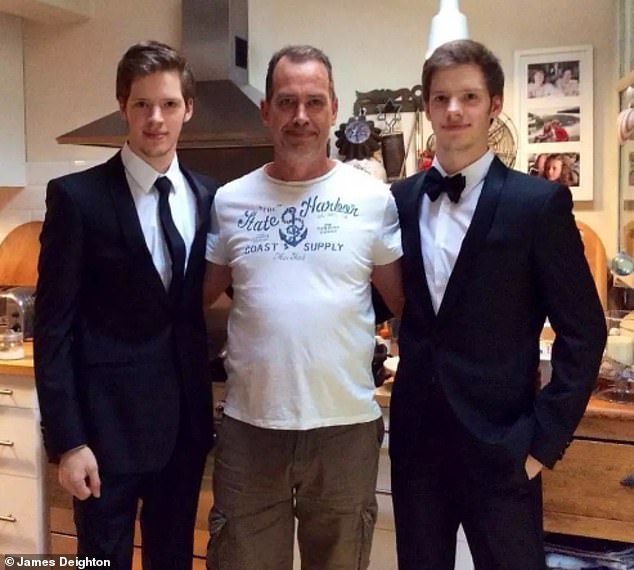 James Deighton, 23, (pictured with his brother Alex and their father) set up a Go Fund Me page in the hopes of raising £54,000 to cover he and his brother’s university costs

Speaking about their financial needs on the page, he explained why they aren’t entitled to government funding and shared a series of extracts depicting their course results so far.

He wrote: ‘Hi, we are Alex and James, a set of hard-working identical twins, and we really need your help to finish our last three years of medical school.

‘Raised in Bromley on a low family income, Alex and I attended Ravenswood School, and upon leaving we both accepted places at different universities to study Biomedical Sciences.

‘During, and even before our studies, Alex and I knew we wanted to study medicine. We had felt this way for a while, but at every turn we were told we would be hard pressed to find a place in medical school. 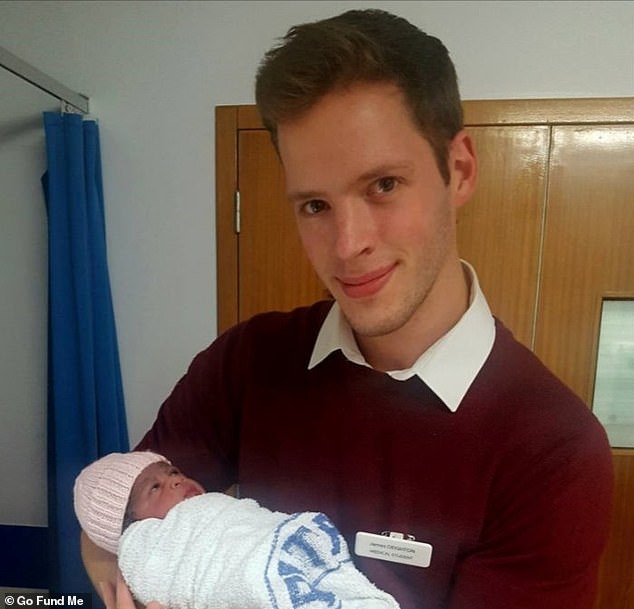 ‘Finally, after three long years of hard work and insufficient sleep, both Alex and I graduated from university with first class degrees. We were of course over the moon and hugely relieved.

‘This news truly meant the world to us, but it brought with it the question of funding. This is because we had taken the decision to apply to an equal number of BM5 (5-year) and BM4 (4-year) medicine degrees, and the government has decided that graduates studying the BM5 (5-year) course don’t quite deserve funding.

‘Given this, my family as a whole were given the daunting task of raising £92,500 in just 5 years…

‘My parents have very little money, and so we began reaching out to relatives, my parents have secured a small loan, and I am working at every available opportunity. 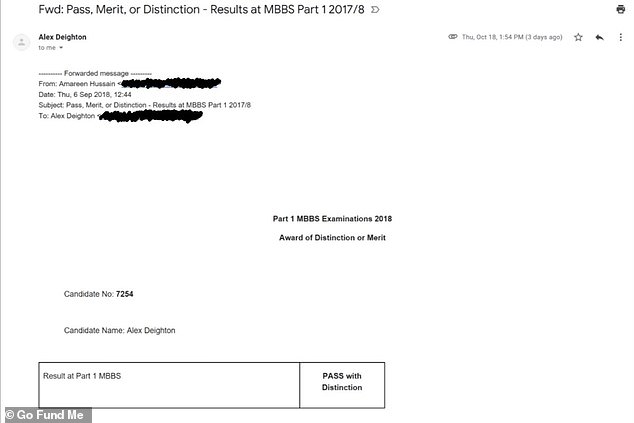 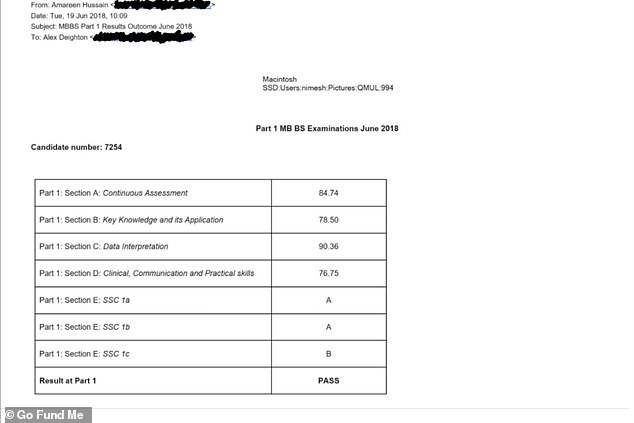 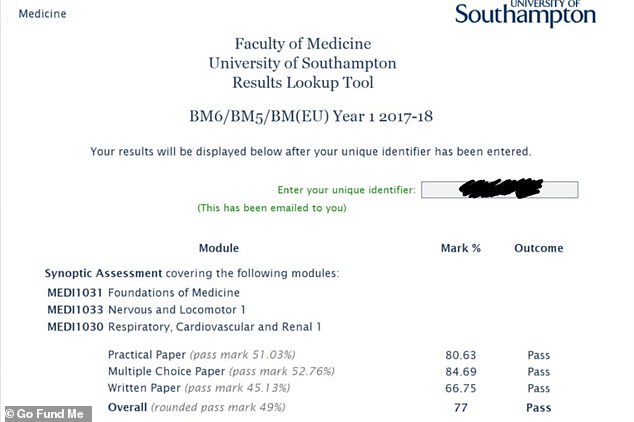 ‘It would be a real shame if Alex and I were unable to finish medical school this way just because we are from a poorer background, especially as we both achieved some of the highest year 1 results in our respective medical schools!’

According to James only ten students out of the 300 on his course come from lower income families.

He has received a flood of comments from supporters of his fundraising attempts on the page with many claiming people from all backgrounds should be given the same opportunities.

One person said: ‘They’ve clearly worked hard and deserve to complete medical school. The lack of money should not stand in their path. Good luck to them . Mske the NHS proud!’

Another wrote: ‘Everyone should have the equal opportunity in life regardless of background and affordability.’