A married man. Artem Chigvintsev says his relationship with Nikki Bella completely changed when they tied the knot last month — and he couldn’t be happier.

“Because we’ve been together for quite some time, I [felt] like, ‘Hey, getting married’s not gonna change much,’” the Dancing With the Stars pro, 40, told Us Weekly exclusively on Thursday, September 8, two weeks after announcing the happy news. “Just because … our days are still the same. [But] it actually does [change everything].”

Explaining that his wedding ring symbolizes a major commitment to the Total Bellas alum, 38, Chigvintsev continued, “It just gives you more of [a feeling of being] filled with responsibilities. … [I] definitely think through a lot more than I used to, but it feels good. It feels good to be married.”

The ballroom dancer gushed that he and Bella had been “waiting for this for a long time,” and are enjoying life as newlyweds. “It’s been a long time coming and … I’m excited, you know, wearing this on my hand.”

Chigvintsev and Bella announced in late August that they had tied the knot in Paris, surrounded by their family and friends. “We said I DO, can’t wait to share the entire journey with you all when our four-part special event, Nikki Bella Says I Do premieres on @eentertainment,” the “Bellas Podcast” host wrote via Instagram at the time, alongside two photos from the big day. Nikki’s sister, Brie Bella, gushed that the wedding was “so magical and beautiful!!!!” in the comments of her post.

Just over one week later, the twins opened up about the wedding on an episode of their podcast. “Using the word husband, I’m like, ‘Oh, my god. Yeah. He is my husband,’” the former professional wrestler confessed while speaking with Brie, 38. “Artem literally gets so red and shy and blushes when I call him [my] husband or talk about his ring. It’s so cute.” 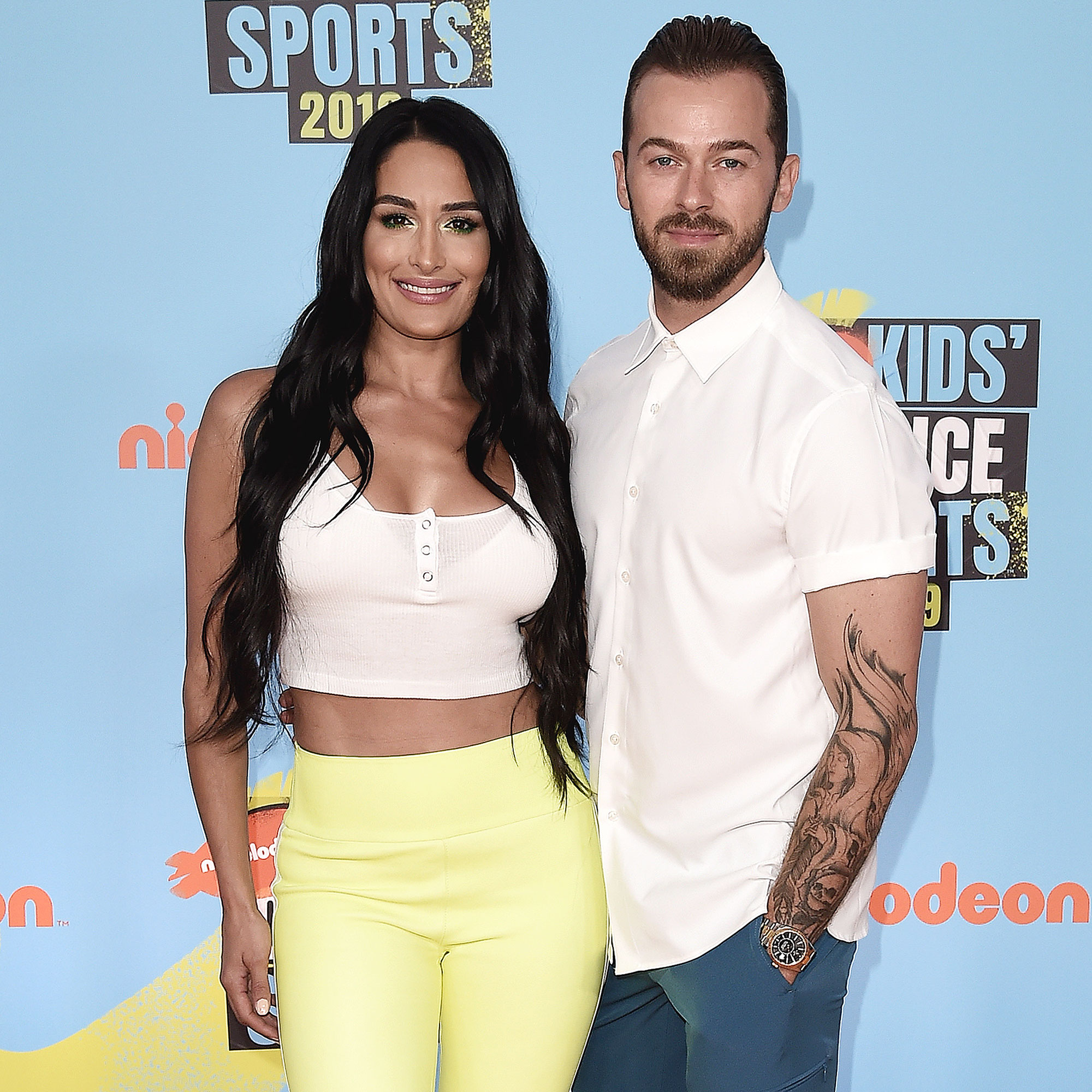 Nikki and Chigvintsev originally met when they were partners on season 25 of Dancing With the Stars in 2017. They began dating in January 2019 and announced their engagement the following year. The twosome welcomed son Matteo in May 2020.

Couple Alert! Every ‘DWTS’ Pro and Celeb Who Found Lasting Love on the Show

In the year leading up to the wedding, the duo dealt with their fair share of challenges, including having to navigate a long-distance relationship while Chigvintsev competed on season 30 of the dance competition in 2021.

“This is the longest we haven’t seen each other. We went six or seven weeks [apart],” Nikki said during an episode of “The Bellas Podcast” in November 2021. “I got AGT: Extreme … [and] Artem and I both discussed, Teo goes everywhere with mama. That’s where he’s comfortable, that’s where he does best. And, you know, it’s been hard on [Artem] and it’s been hard on me, too, not to have my man in my bed.”

The California native added that being “raised in different” countries also made it difficult for them to communicate while they were apart. “When you’re away from each other, there’s different time zones. Myself having Matteo and working long hours, I need Artem to check in,” she explained at the time. “Sometimes I feel like the other person, mainly the dads, they get into this [space of thinking] they FaceTimed and that’s great, and they get on the phone and that’s where it ends for them. And it’s just hard when the involvement beyond that isn’t there.”

WWE Babies! Athletes Who Have Started Families Over the Years

With the help of counseling and “sexy FaceTimes,” however, Nikki and the Russia native were able to work through their rough patch. “We’re actually in a good spot. We were doing a little rocky for a bit … [But] now we’re stronger than ever.”