Ariana Grande is ready to leave 2018 in the past.

The 25-year-old pop star posted a message to Instagram on Monday morning alluding to the hardships she endured this year and encouraging her fans to keep moving forward.

“Farewell 2018, you f—. i hope this new year brings you all much laughter, clarity and healing,” she captioned the post.

“Be gentle with yourselves and each other,” she added. “If we made it thru this last year, we’ll for sure make it thru this one. thank you for everything.”

Grande tragically lost her ex-boyfriend, singer Mac Miller, in September due to an overdose. She also dealt with a very public broken engagement to actor Pete Davidson in October.

“Vegas, I’m currently working through some health issues and am beyond sorry I won’t be able to see you this weekend,” she told her fans in an Instagram story. “I love you and so look forward to seeing u and making it up to u next year.”

Grande appears to have spent the holidays with her family and close friends. The singer’s brother, Frankie Grande, shared some snaps from their Christmas Eve festivities.

In early December, Grande called 2018 “one of the best years of my career and the worst of my life,” during her acceptance speech for the Woman of the Year award at the Billboard Women In Music event.

“It’s been a very conflicting one, and I just want to say if you’re someone out there who has no idea what this next chapter is going to bring, you’re not alone in that,” the singer added. 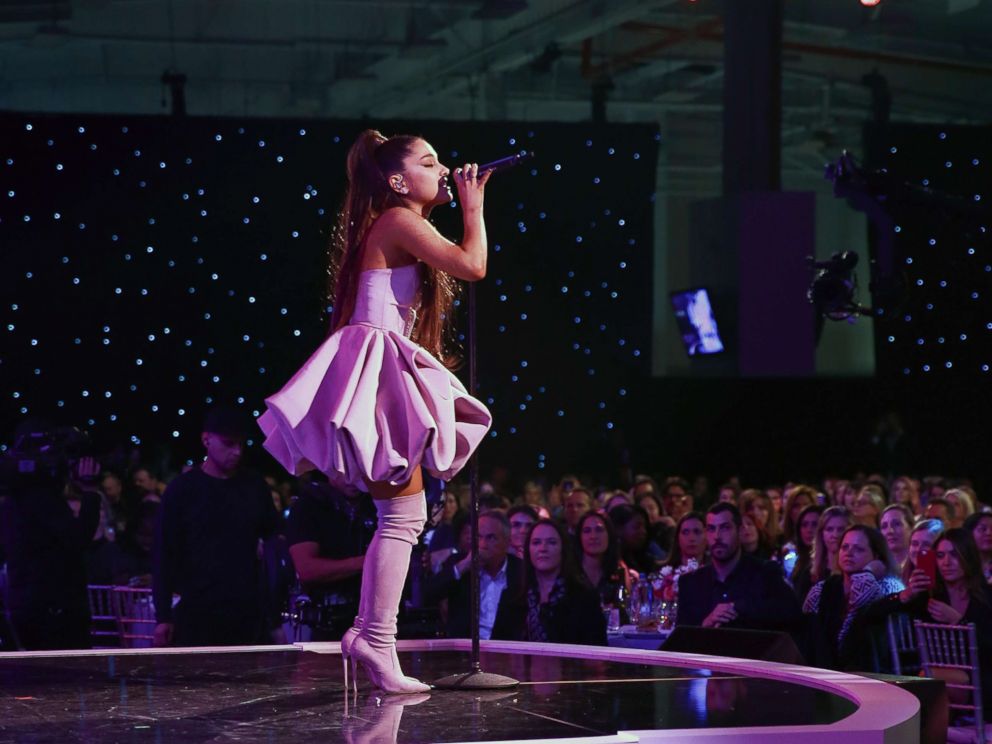 Grande also spoke on the growth she’s aiming for in the coming year.

“I look forward to hopefully learning to give some of the love and forgiveness that I’ve given away so frivolously and easily to men in the past to myself, hopefully, this year,” she said.

“I have everything I’ve ever dreamt of having, and as of late I’ve discovered that it’s the things I’ve always had and the people I’ve always had that still make me the happiest,” she added.