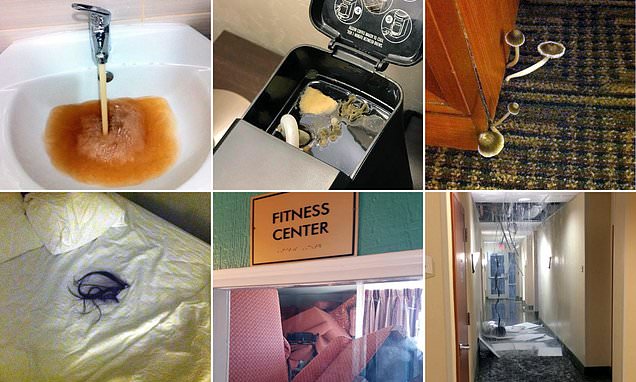 Are these the world’s WORST hotels? From brown tap water to mushrooms growing on the carpet, these rooms are the stuff of nightmares

When you’re forking out money for a luxury overnight stay at a hotel, you expect to wake up feeling refreshed – not like you’re in a real-life horror movie.

Bored Panda has collated a series of photographs sent in from people across the world, who have experienced some of the worst hotels imaginable.

From mushrooms growing out of the carpet to brown water running from the taps, these rooms are so horrific, they’ll have you crying for your own bed.

Another snap includes a previous guest’s hair extensions left on the bed, while a further shows a leaked ceiling on the verge of collapse. 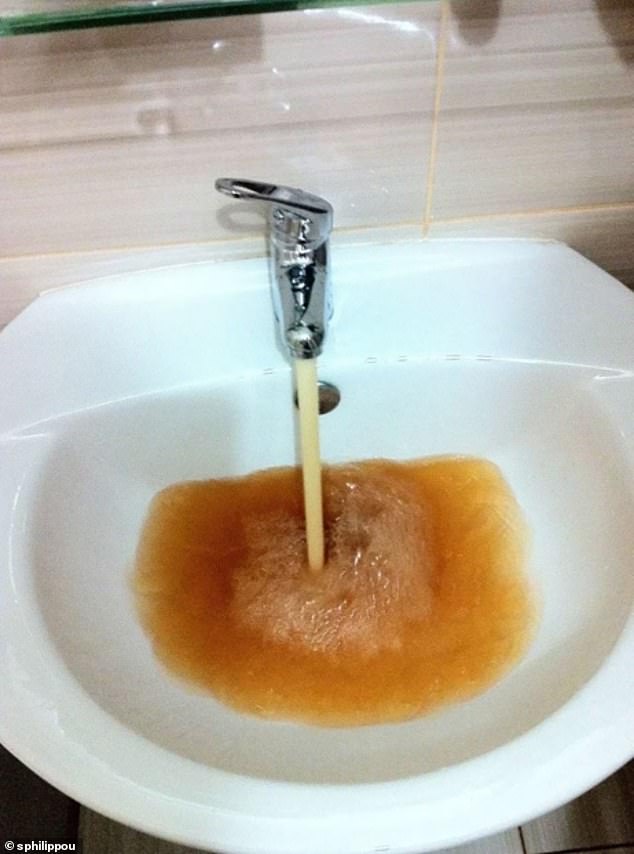 Dirty water on tap! This brown liquid is the last thing you want to see when attempting to quench your thirst 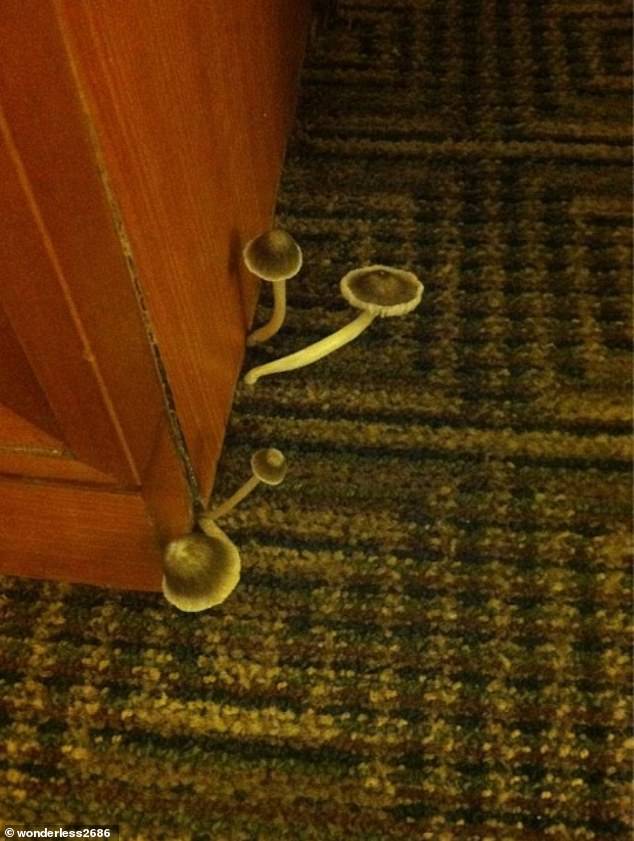 Not a fun-ghi! One guest didn’t leave a happy customer after he noticed this weird species popping up from under the carpet 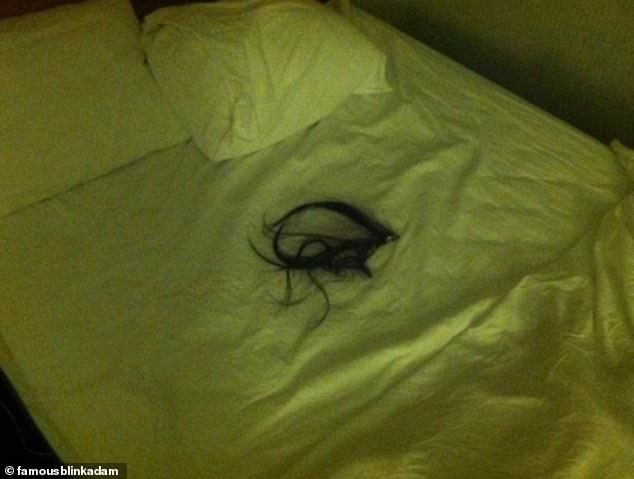 Hair raising! The hotel’s previous guests left their hair extensions behind – but where was the cleaner? 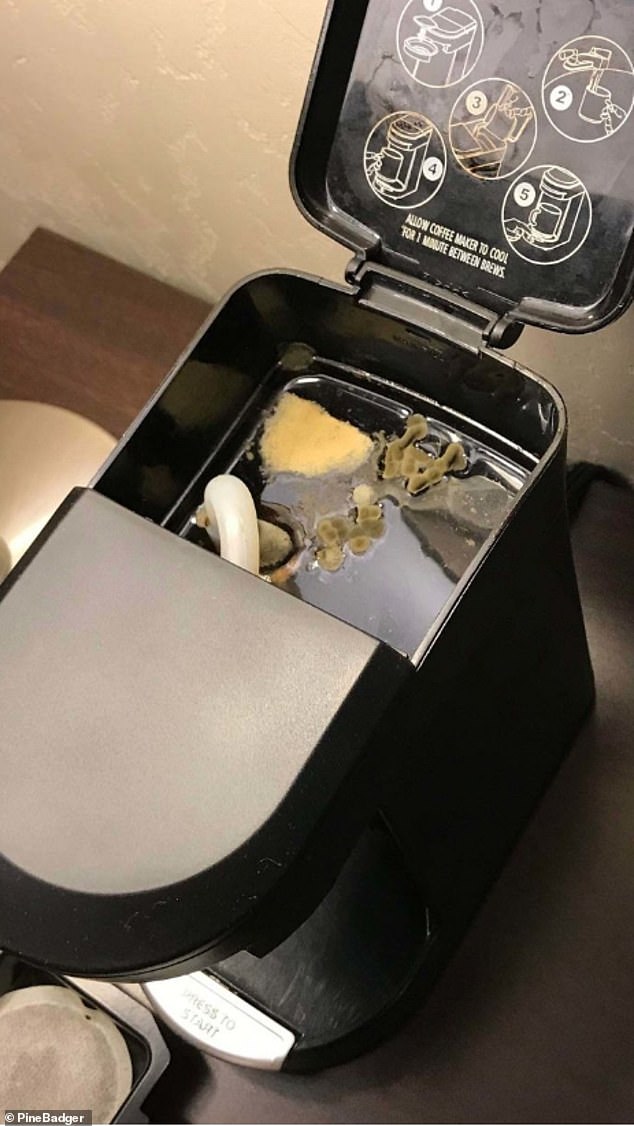 In hot water! Another customer wanted to wake up and smell the coffee, but instead was met by this monstrosity 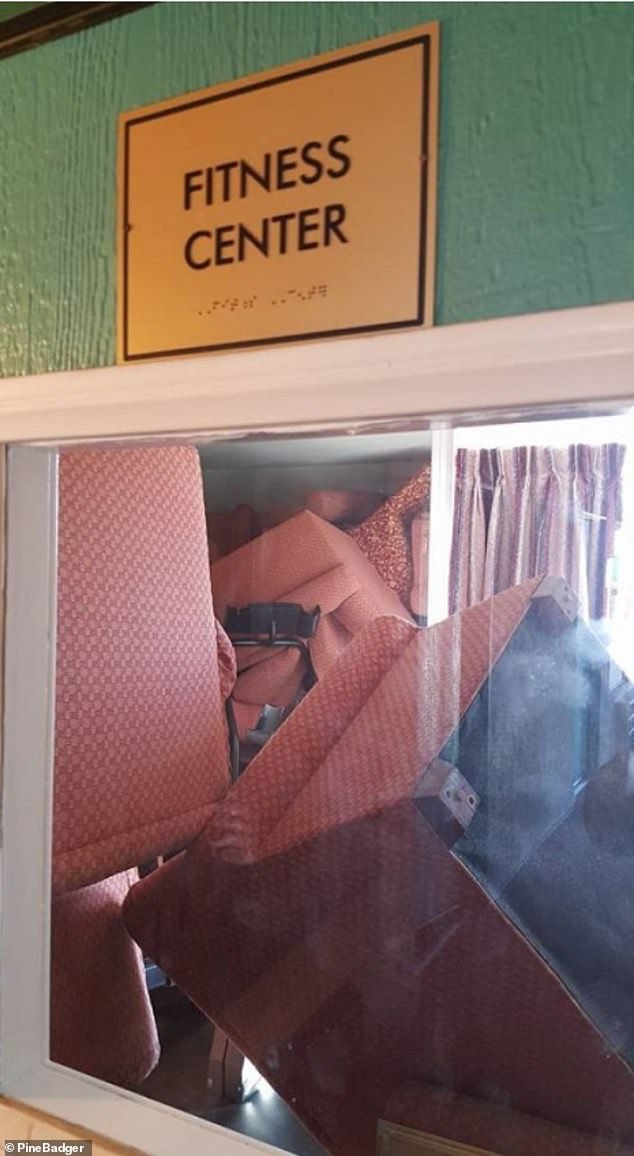 Coach potato! A fitness fanatic had no chance of working out in this so-called ‘fitness centre,’ which was filled to the brim with furniture 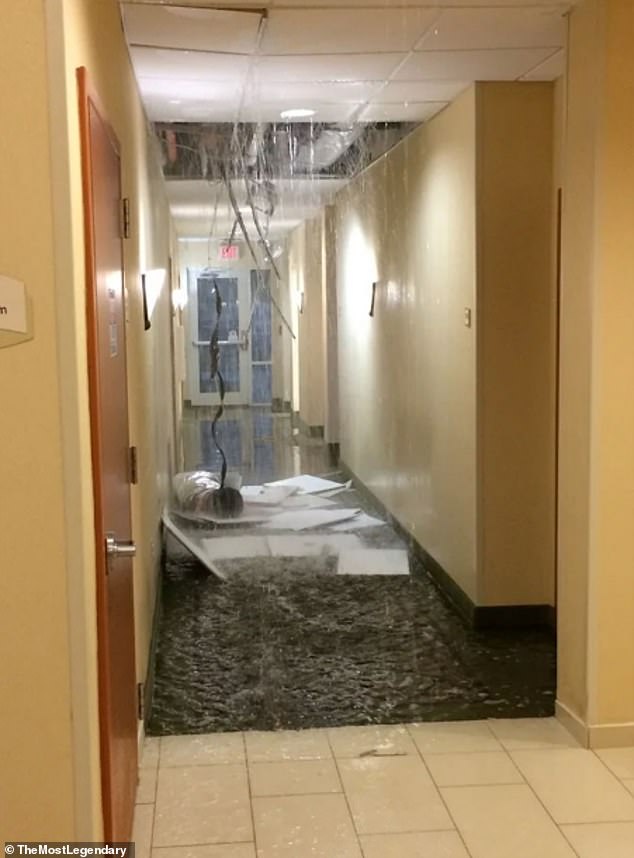 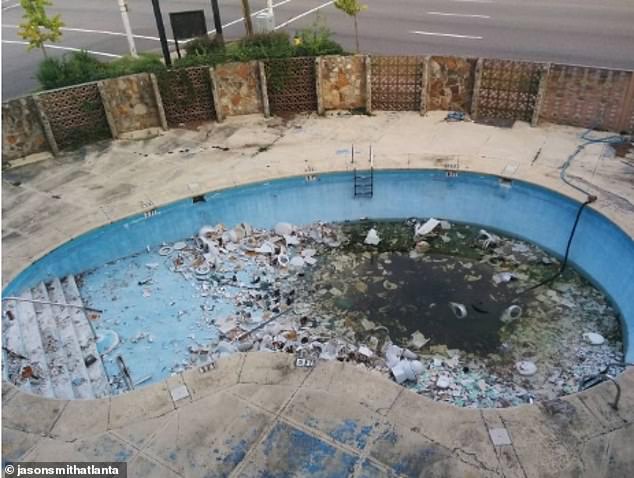 What a dive! Nobody was making a splash in this swimming pool in Birmingham, Alabama, after noticing it was filled with old toilets 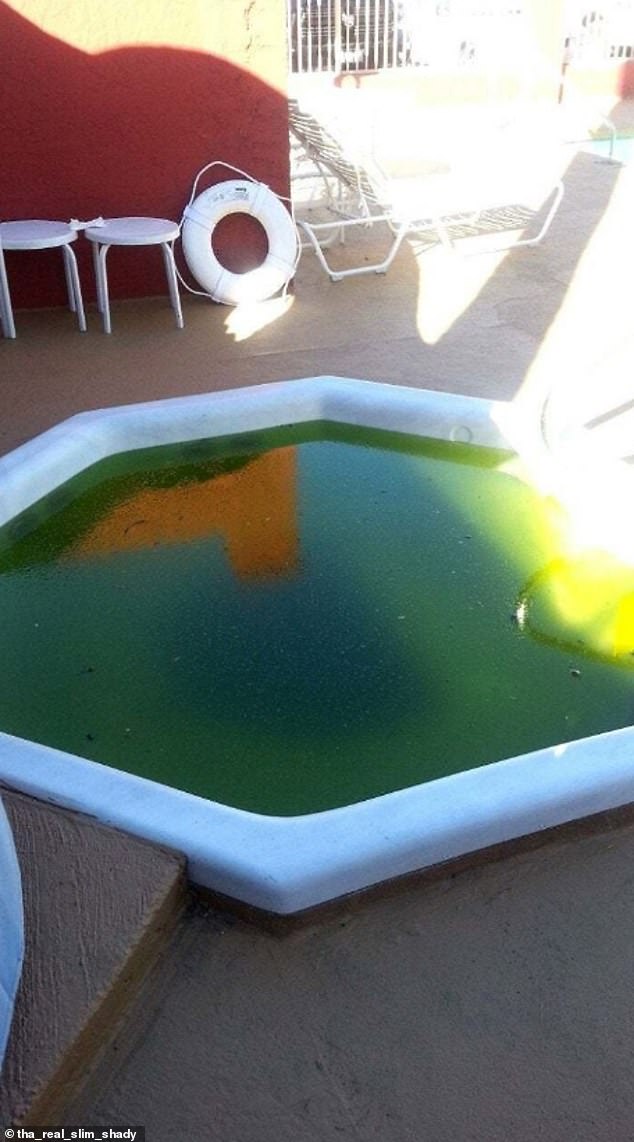 So slimy! Zero onlookers were green with envy after catching a glimpse of this green-coloured Jacuzzi 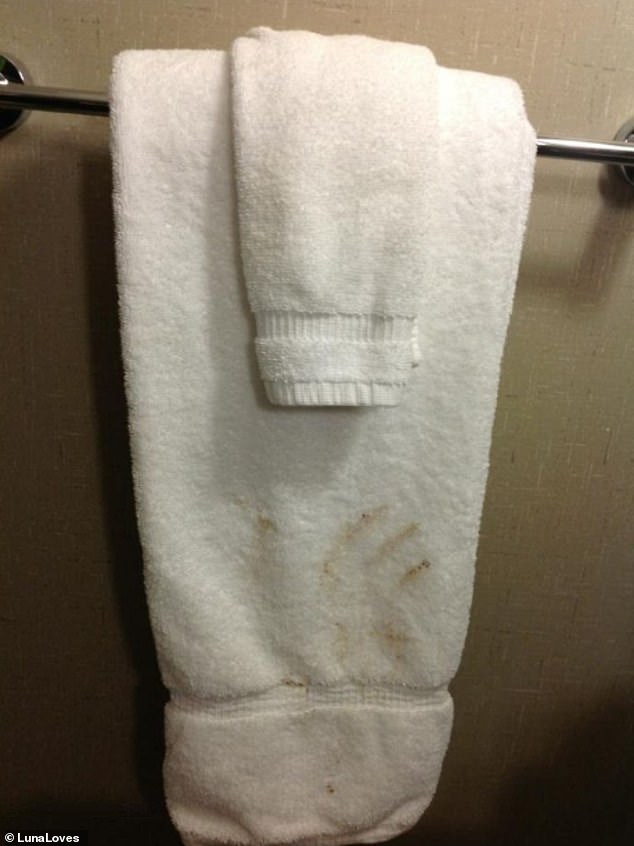 Hands off! Nobody wants to wipe themselves with a dirty towel, but how on earth did it get overlooked by the cleaners? 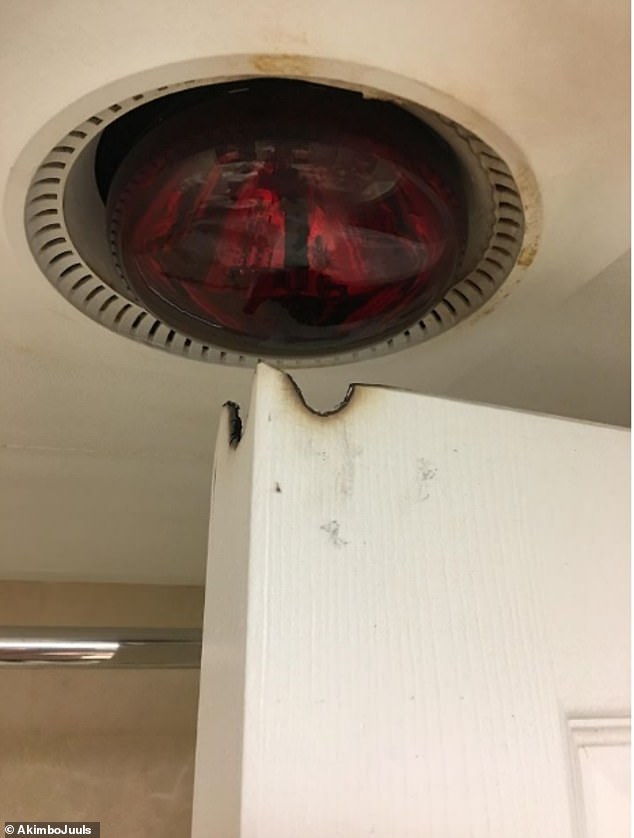 Danger hazard! The health and safety team didn’t think through the positioning of the heat lamp and bathroom door in this hotel room 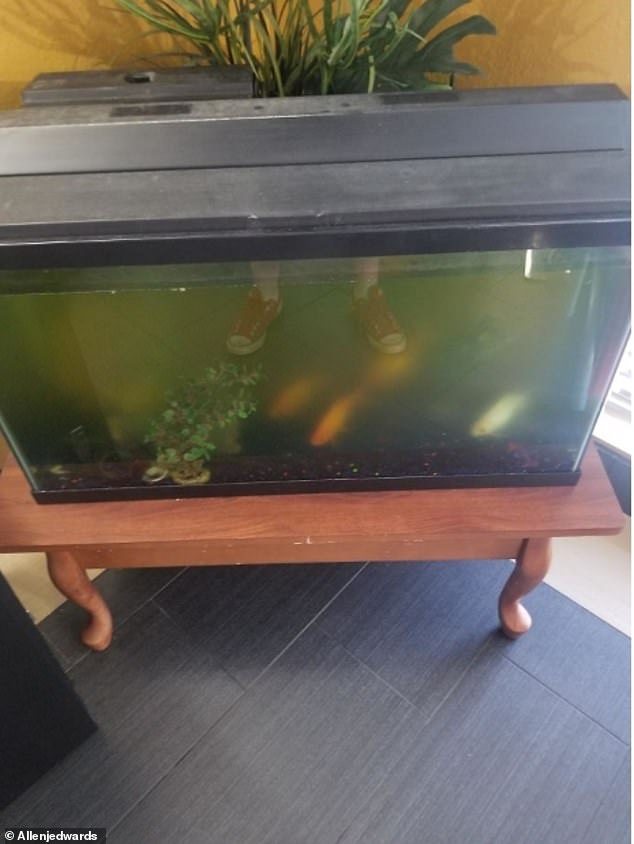 A different kettle of fish! Having a fish tank in your hotel room is normally quite a luxury….but not when it looks like this! 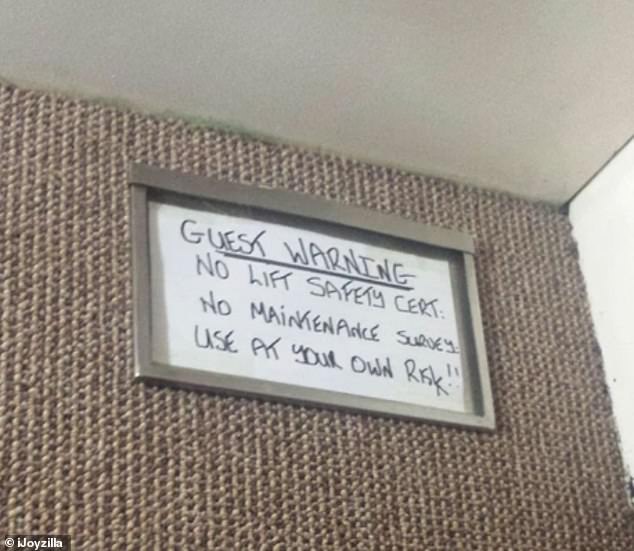 Do or to die! When you’re advised to use a lift at your own risk, perhaps it’s best to just opt for the stairs 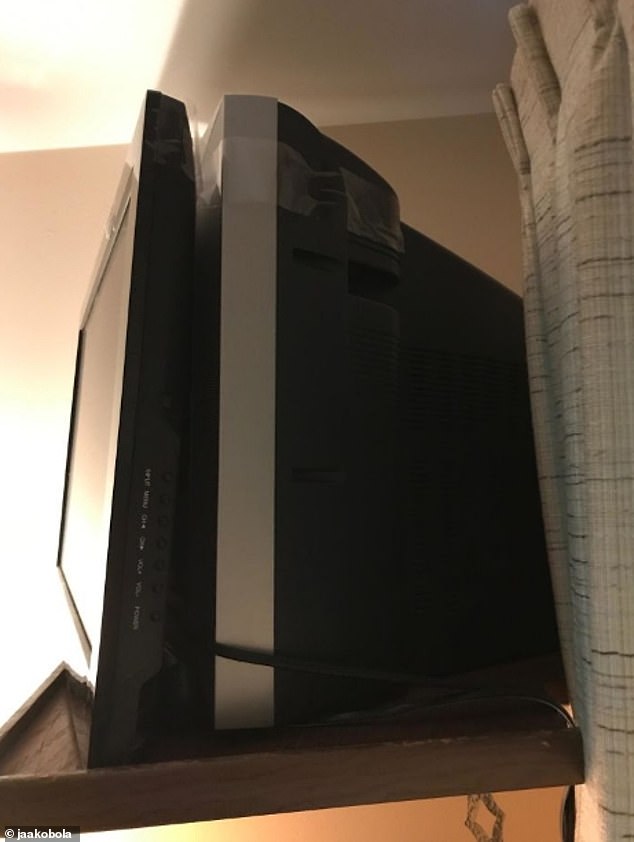 Thinking outside the box! This hotel’s TV has been mounted onto an old box TV and secured with some classic masking tape 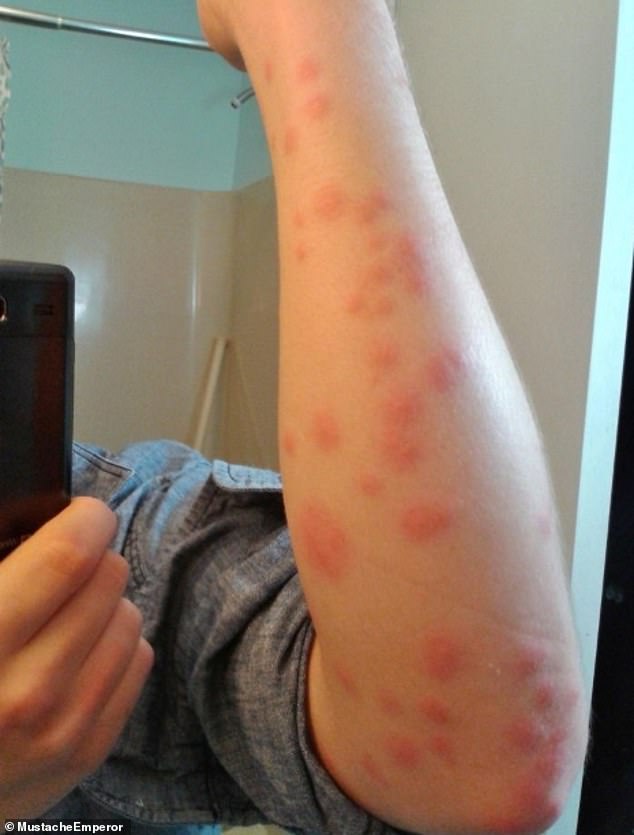 Snug as a bug! ‘Sleep tight, don’t let the bed bugs bite’ is how that famous saying goes, unfortunately, it doesn’t always go to plan