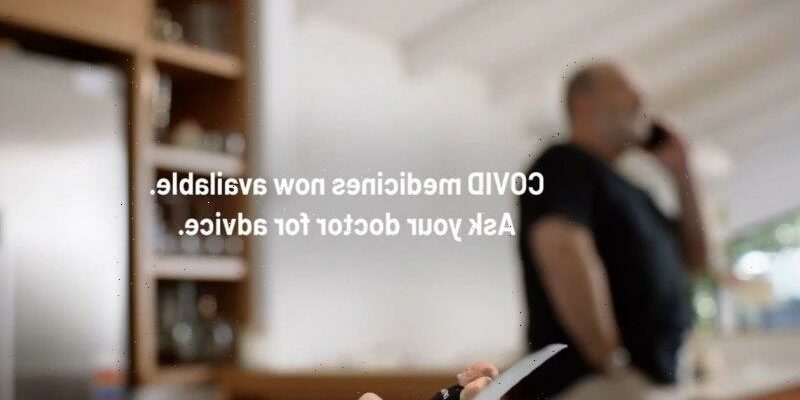 Public awareness of COVID-19 antiviral drugs is so poor that a pharmaceutical company has launched a multimillion-dollar advertising campaign to boost their uptake.

Merck Sharp & Dohme, the maker of antiviral Lagevrio, is rolling out its campaign across television, radio, bus shelters, retail screens, digital and social media, after commissioning a poll that found 78 per cent of people did not know about antivirals. 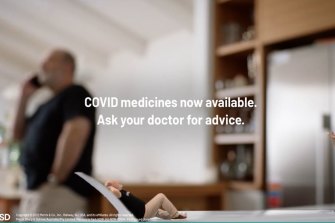 Medicines Australia chief executive Elizabeth de Somer said public awareness campaigns were needed “as there appears to be a growing level of complacency in the community” and that both government and industry should play a role.

“It is vital that more people are made aware of the treatments and consult their GPs to get the right advice about which treatments are suitable for them,” de Somer said.

The federal government last month launched an $11 million winter vaccination awareness campaign urging Australians to get their flu and COVID-19 booster jabs. The advertisements do not address antivirals, which Health Minister Mark Butler said on Monday were “critically effective at preventing people from getting severely unwell”.

MSD’s “Plan for COVID” campaign, developed by marketing agency Paper & Spark, launched online and on primetime television across Channel 7, 9, 10 and SBS on Sunday, but had to be tweaked overnight after Health Minister Mark Butler announced eligibly was being expanded.

The company decided to fund an advertising campaign after commissioning a survey of 252 Australian patients which found most were unaware of the treatments.

The antiviral drugs, first listed on the PBS in April for those at highest risk, are now available for all Australians aged over 70, and people aged over 50 with two or more risk factors for severe disease, at the PBS price of $6.80 for those with a concession card and $42.50 for everyone else.

Aboriginal or Torres Strait Islander people aged over 30, people with risk factors and immunocompromised adults are also eligible under the expanded PBS access.

The former Coalition government ordered 1.3 million courses of antivirals – 1 million Paxlovid and 300,000 Lagevrio – but to date only about 73,000 patients have received them through the PBS. The drugs were previously only administered through hospitals.

Butler has asked his department to consider extending the shelf-life of the antivirals, which are due to expire by early 2023, beyond the current 12 months after lobbying the Pharmaceutical Benefits Advisory Committee to widen eligibility. Some of the stock will expire in December.

The minister said he had put in a submission to PBAC “so that we can get those medicines off the shelves, out of the warehouses, into the community doing the job they were intended to do”.

Australian Medical Association vice president Chris Moy said anyone with risk factors should get a PCR test at the first sign of any COVID-19 symptoms, such as a runny nose or sore throat, to ensure they were able to start taking antivirals promptly.

“They do make quite a big difference, but they have to be given early,” he said. 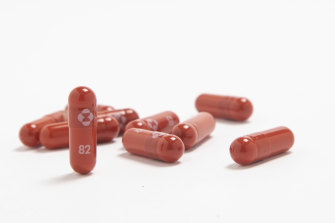 Merck Sharp & Dohme (MSD), the maker of antiviral Lagevrio, is rolling out a public awareness campaign.Credit:AP

The drugs are most effective when taken shortly after developing COVID-19 and must be taken within five days, but Moy said rapid antigen tests could not be relied upon for early detection.

Lagevrio and Paxlovid are designed to interfere with the virus’ ability to multiply and clinical trials showed they reduced the risk of hospitalisation or death in COVID-19 patients at high risk of progressing to severe disease.

The unbranded “Plan for COVID” campaign encourages people to test as soon as they notice symptoms and, if high risk and positive, to contact their doctor immediately for advice on potential treatment.

Pharmaceutical companies are not legally allowed to advertise brand names of their products in Australia.

Pfizer has also launched a social media campaign to raise awareness “about the importance of testing for COVID-19 as soon as symptoms appear” and talk to their doctor about treatment options, a spokeswoman said.

Australian Medical Association President Dr Omar Khorshid said: “We need more clear advertising of the need for eligible people to access antivirals, and we also need proper telehealth access to facilitate the consultations with GPs. Better use of antivirals, more third and fourth dose vaccines will assist in reducing the hospitalisation rate.”