AnnaLynne McCord on how EMDR therapy made her remember sexual assault

The most revealing shirtless celeb selfies

AnnaLynne McCord revealed she’s been diagnosed with dissociative identity disorder (DID), which was previously known as multiple personality disorder.

The “90210” star discussed her diagnosis in a conversation with Dr. Daniel Amen and said she was “uninterested in shame.”

“There is nothing about my journey that I invite shame into anymore,” McCord shared. “And that’s how we get to the point where we can articulate the nature of these pervasive traumas and stuff, as horrible as they are.”

McCord was diagnosed with DID prior to her visit with Amen Clinics and felt her acting roles brought her diagnosis to light.

“All of my roles were splits, but I didn’t even realize I was doing it at all until I did a project ‘90210,’” she said of the teen drama she was on for five years.

It wasn’t until her 2012 project, “Excision,” that she realized something was off because she “couldn’t get out” of the character she was playing.

“I played a very cerebral, disturbed, strange little girl that was very close to who I feel I am on the inside. It was very exposing, very confronting, probably a bit re-traumatizing without realizing it,” McCord, 33, explained.

“The crazy thing about it was that I wrapped that film at 2 a.m. on a Tuesday and had to be happy, crazy Beverly Hills blonde bombshell on Wednesday at noon. I couldn’t find her, she was not accessible. I was dark, I was very deep into this character Pauline and I couldn’t get [out].”

The “Dallas” actress also recalled being “co-conscious” of her true identity and a split personality she called “little Anna” at 13.

“She was a balls to the wall, middle fingers to the sky, anarchist from hell who will stab you with the spike ring that she wears, and you’ll like it. Then she’ll make you lick the blood from it,” she said. 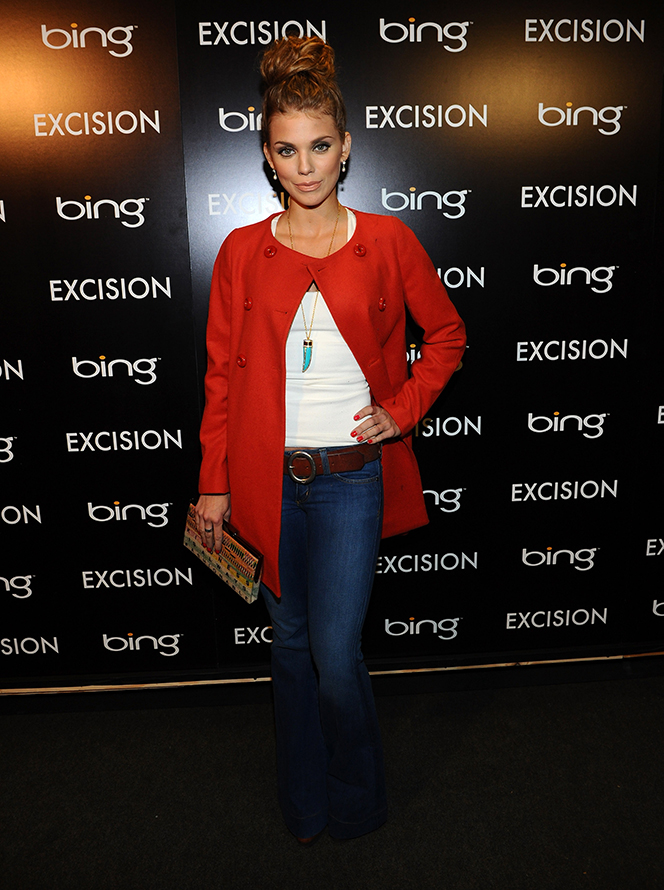 “She was a nasty little creature, but I have so much gratitude to her because she got me out of the hell that I was in.”

In 2014, the “Nip/Tuck” actress revealed she was raped at 18 when she first moved to Los Angeles to be an actress. The horrible experience also resurfaced the traumatic physical abuse she faced as a child from her parents.

McCord underwent Eye Movement Desensitization and Reprocessing (EMDR) in 2018, and the process made her realize she was also sexually abused as a child.

“It went on for years,” McCord shared. “Up until I was 11. And then I have a memory, just a singled-out incident, that felt like I was a little bit older than 11.”

She continued, “I had this burning, painful, horrible sensation in my groin area. My whole body started seizing, convulsing. I just laid there, and tears streamed down my face. I just kept saying, ‘No, no,’ because this it not my life.”